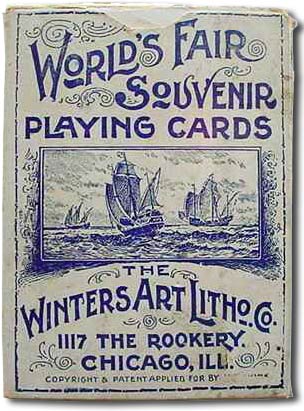 One of a series of Columbian Exposition Souvenir Playing Cards published during the early 1890s celebrating the 400th anniversary of Columbus' discovery of the Americas. Several editions were published by Winters Art Litho. Co, Chicago, with slight differences in the bust portraits in the corners of the court cards, and the back design featuring the three ships of Columbus in pink or blue (also seen on the box, right). The faces of the cards show scenes and buildings of the fair, whilst Columbus is depicted in the small bust portrait on the Jacks and Colonel George R. Davis, the President of the fair, on the Kings.

Winters Art Lithographing Co. also produced a number of special advertising decks around this time, for distilleries or brewing companies, based on the World's Fair deck or their Midwinter International Exposition deck (1894) but with slight modifications to suit the advertising purposes, such as a photo of the brewery or price lists on the Jacks instead of the normal images. 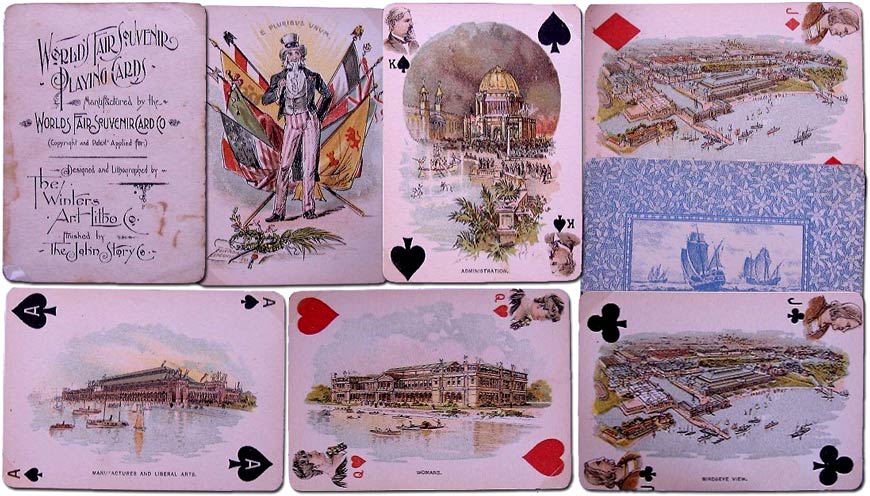