John Sterling was a distributor of various French or Spanish-suited budget brands of playing card in Argentina, often published anonymously or in association with Distigrafica S.R.L. Some of them may have been printed in China. Decks often include a lute-playing joker. 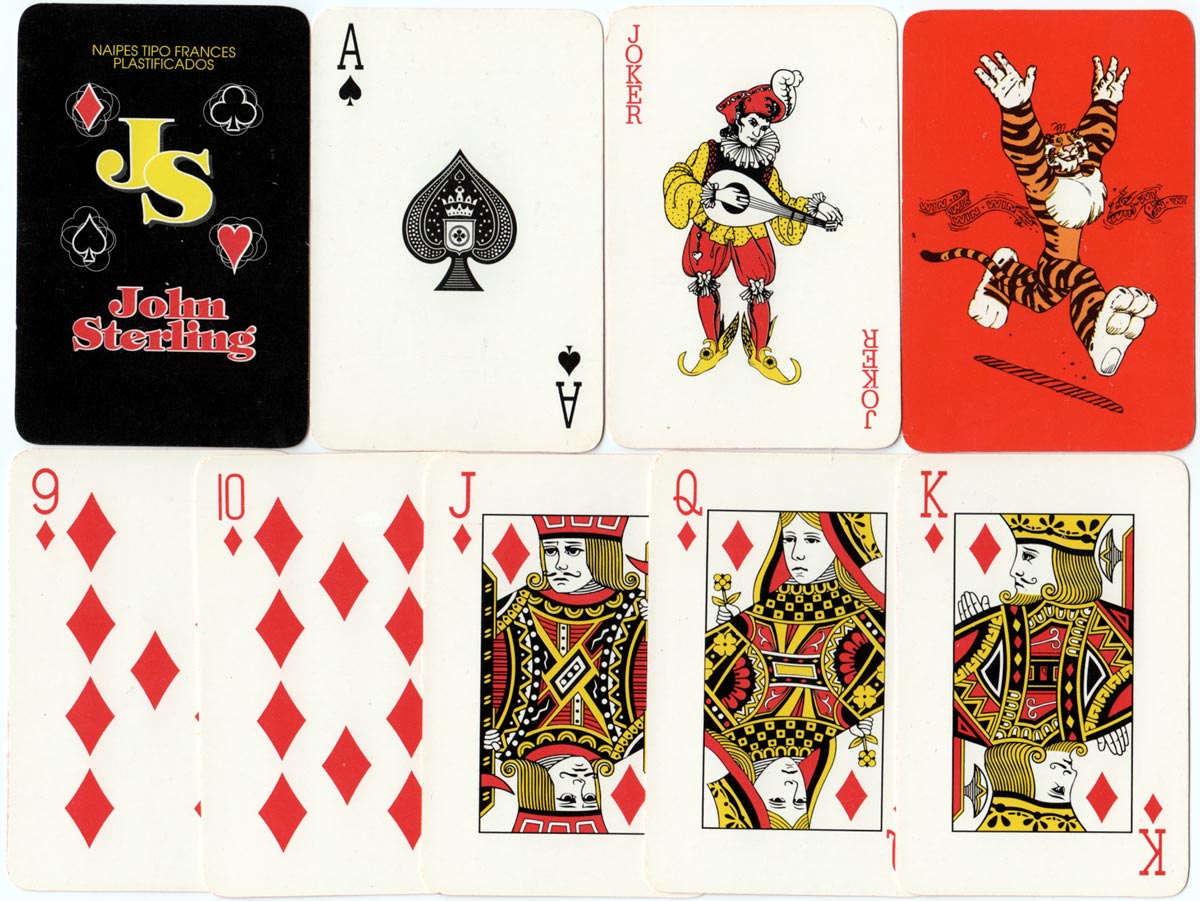 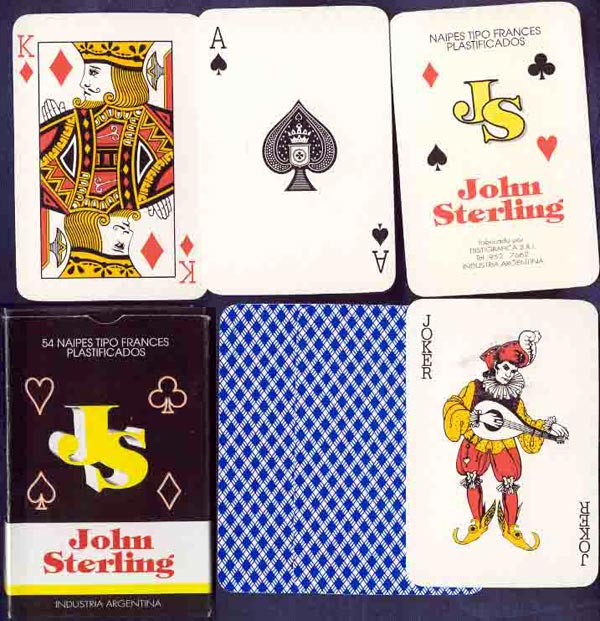 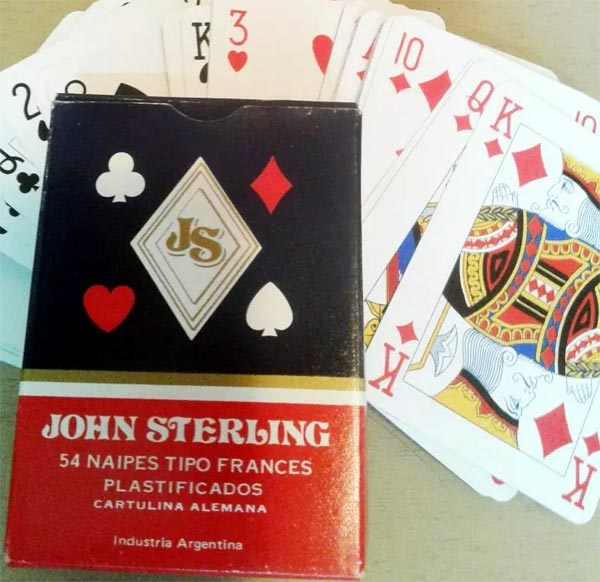 Many budget-grade decks are sold anonymously to avoid licensing or because they verge on obscenity. 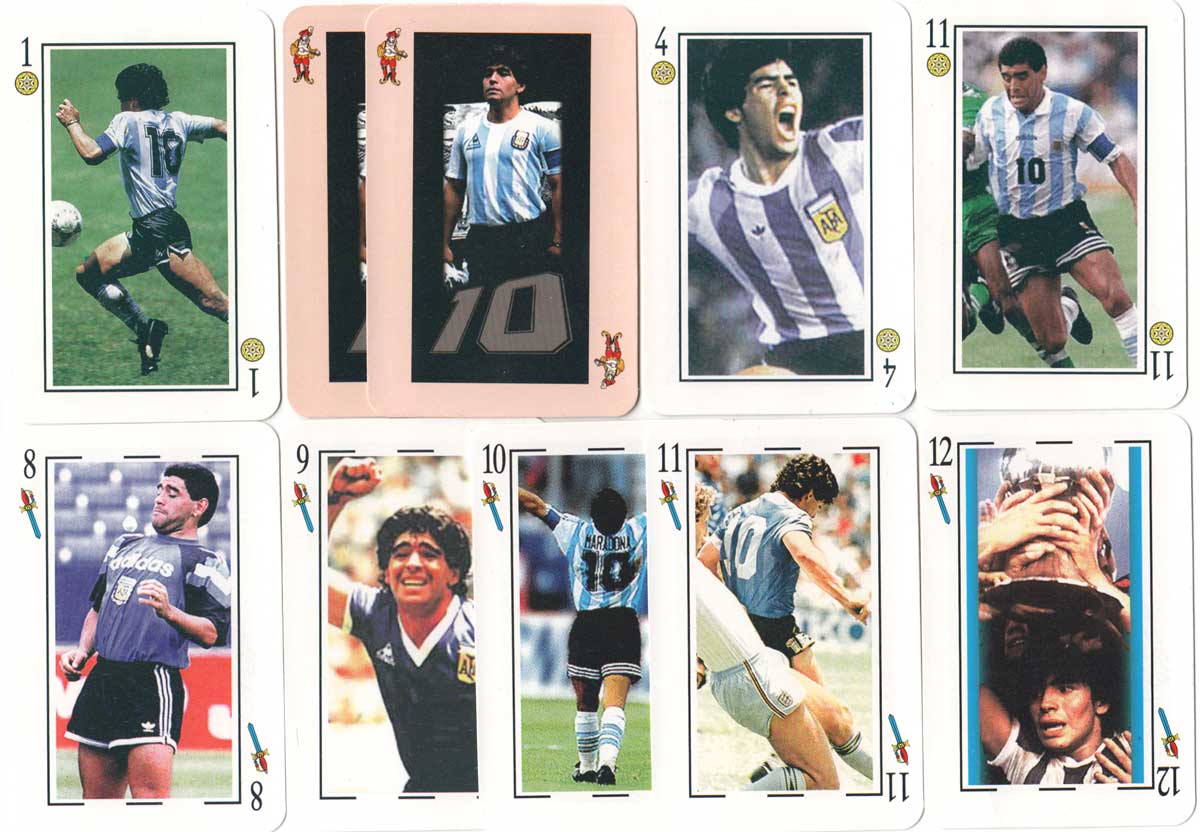 Above: Diego Maradona football deck published by John Sterling / Distigráfica S.R.L., 2000. 48 cards + 2 jokers in box. The two jokers have the lute player as index signs but otherwise the pack is completely anonymous. 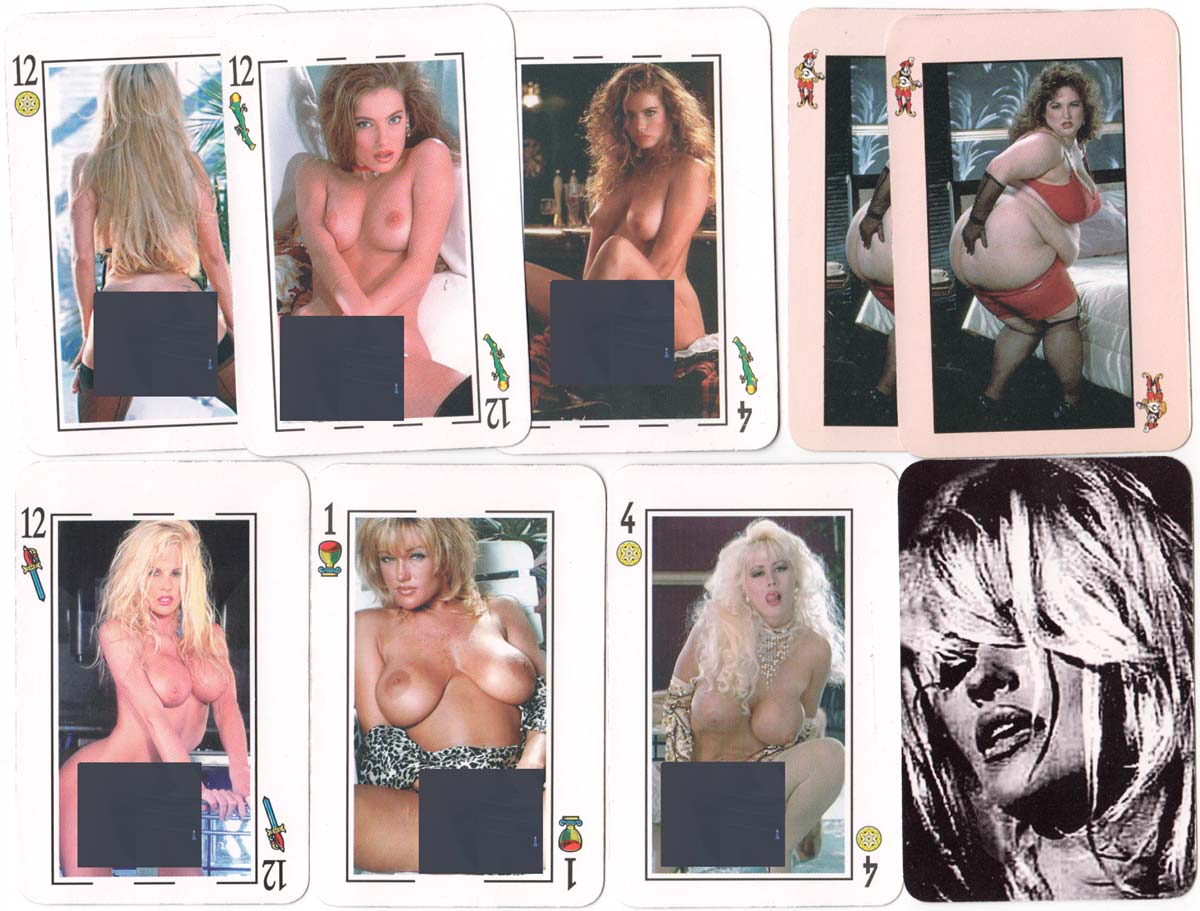 Above: Naipes Para Ellos published by John Sterling / Distigráfica S.R.L., c.2005. 48 cards + 2 jokers in box. In the same format as the above example, both jokers have the lute player index sign but otherwise the pack is completely anonymous.