“Naipes Gauchescos Argentinos” with re-styled Spanish suit-symbols reflecting Argentinean national culture. The cards show colour photographs of aspects of traditional Argentinean Gaucho life, centred around horse riding. The legend ‘Patacón’ on the ace of coins refers to a former Argentine national currency which had been used in various places as a variant name for the Peso. 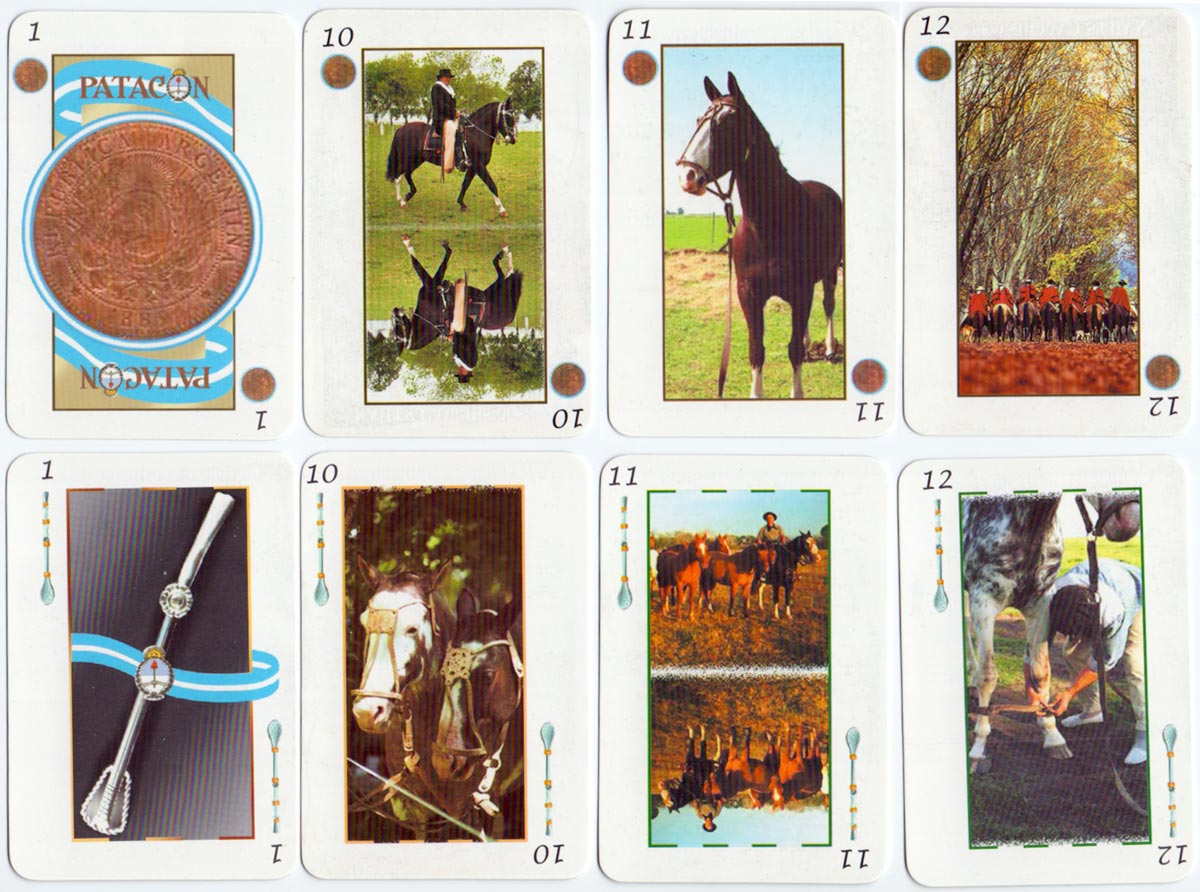 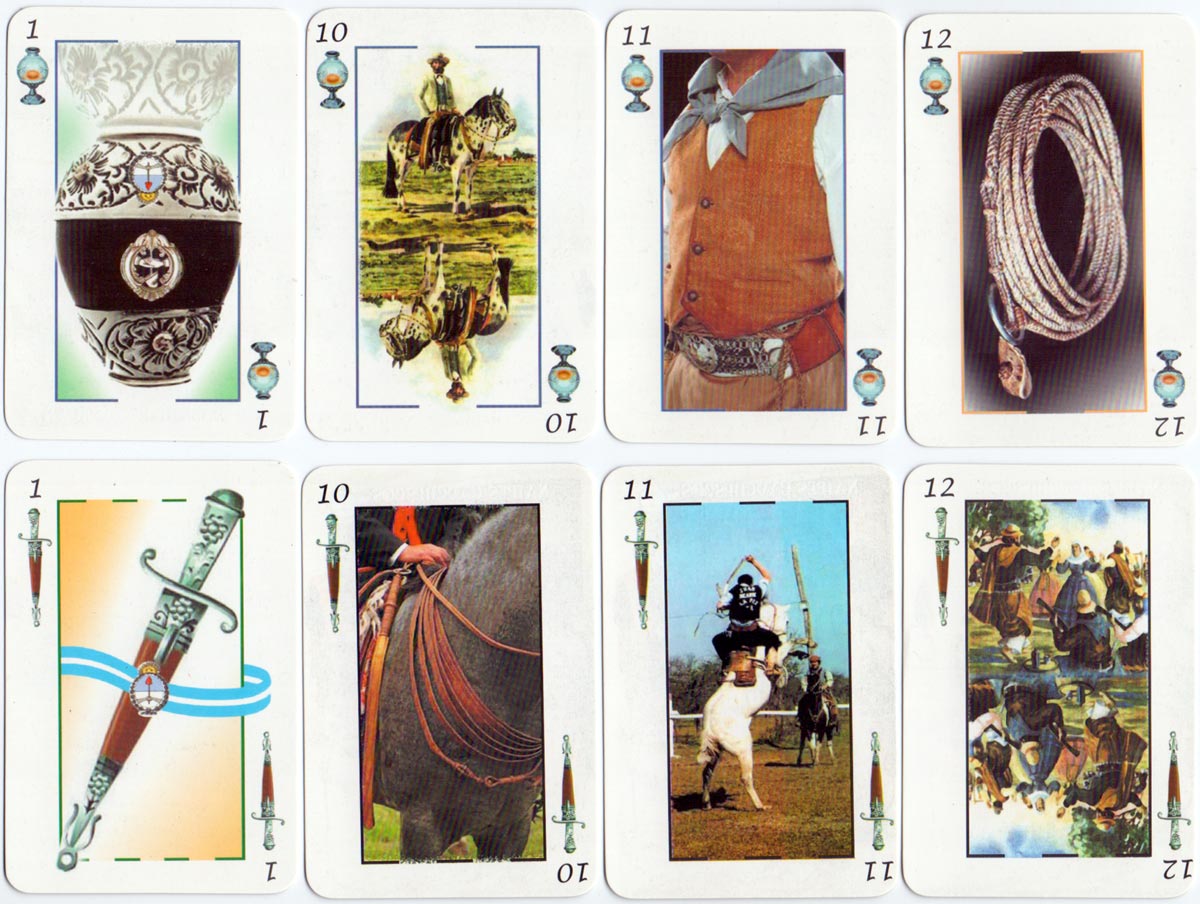 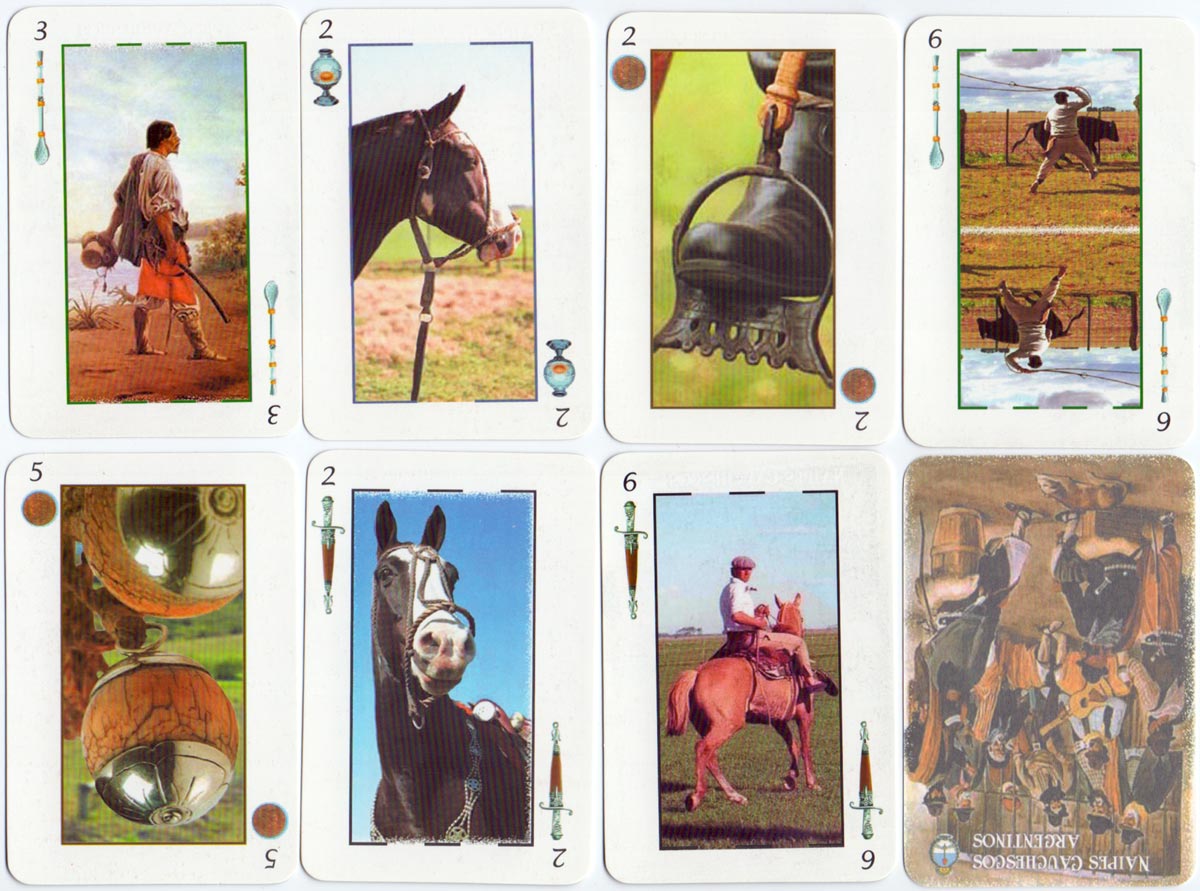