The brand is now renamed as simply ‘Heraldo’ and features new courts and joker. 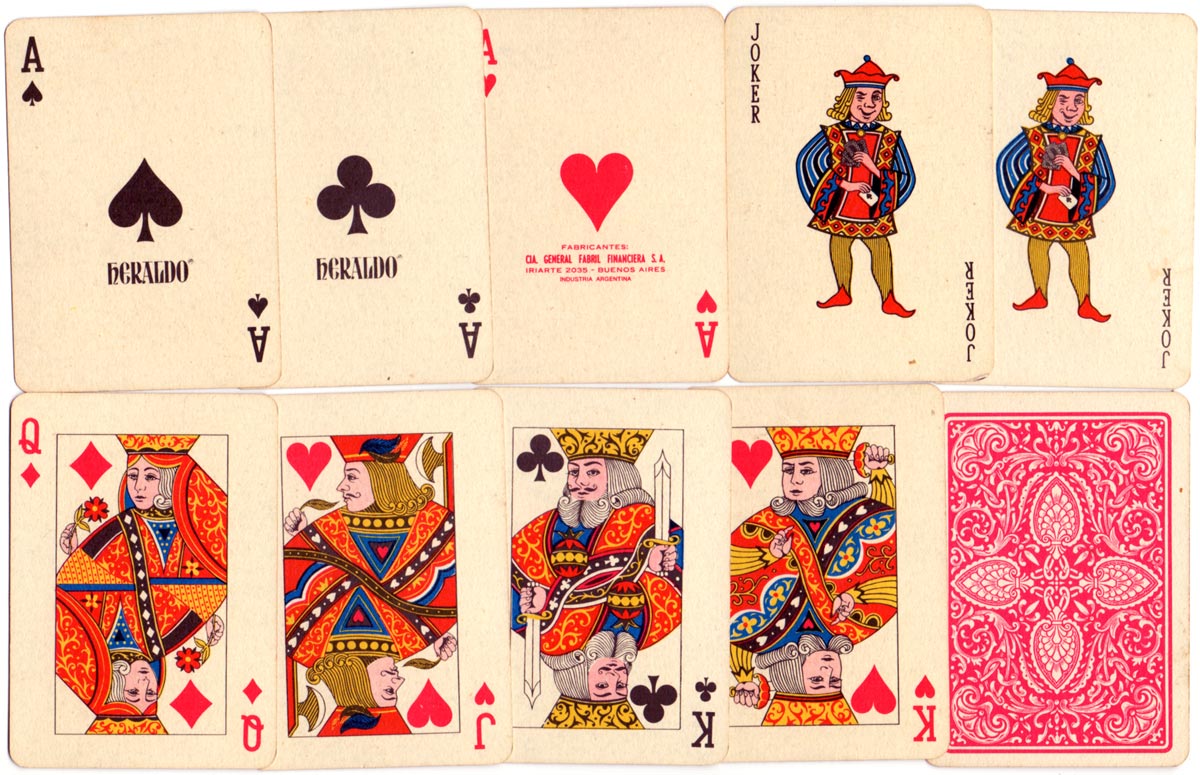 Above: cards from a later 'Heraldo' pack, with simplified aces, a new joker copied from Fournier and court cards based on those of Hallmark (USA), manufactured by Cia Fabril Financiera S.A, Iriarte 2035, Buenos Aires, c.1975-76. The same back design, in red or blue, has been used since the 1930s. 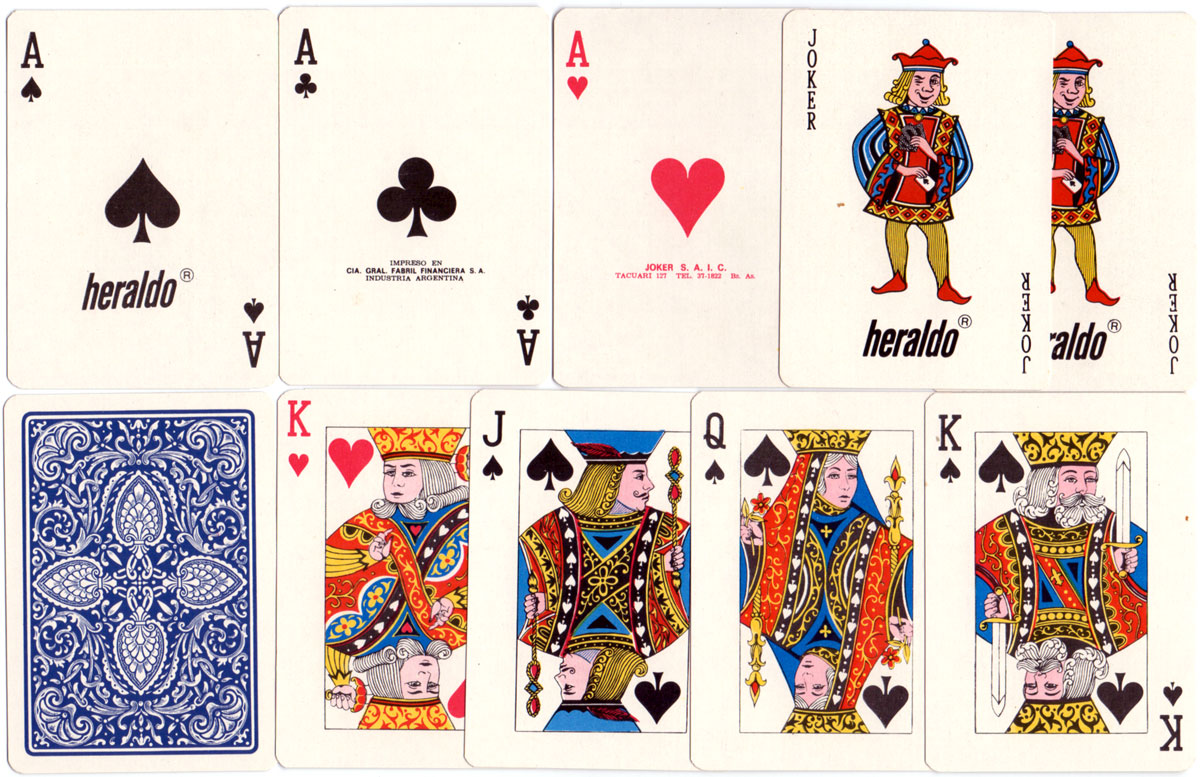