Naipes Payador was one of Cía Fabril Financiera's brands of Spanish-suited playing cards, alongside Naipes Angelito, Domador and Victoria, which all shared the same basic design of Catalan style playing cards as shown above. The logo on the four of cups on Naipes Payador shows a man playing a guitar beneath the legend "Payador"   (the word 'payador' means a gaucho minstrel or singer). The brand was briefly continued by F.X.Schmid (Argentina) S.A. but appears to have been discontinued by their successors Joker S.A. or any later manufacturer. 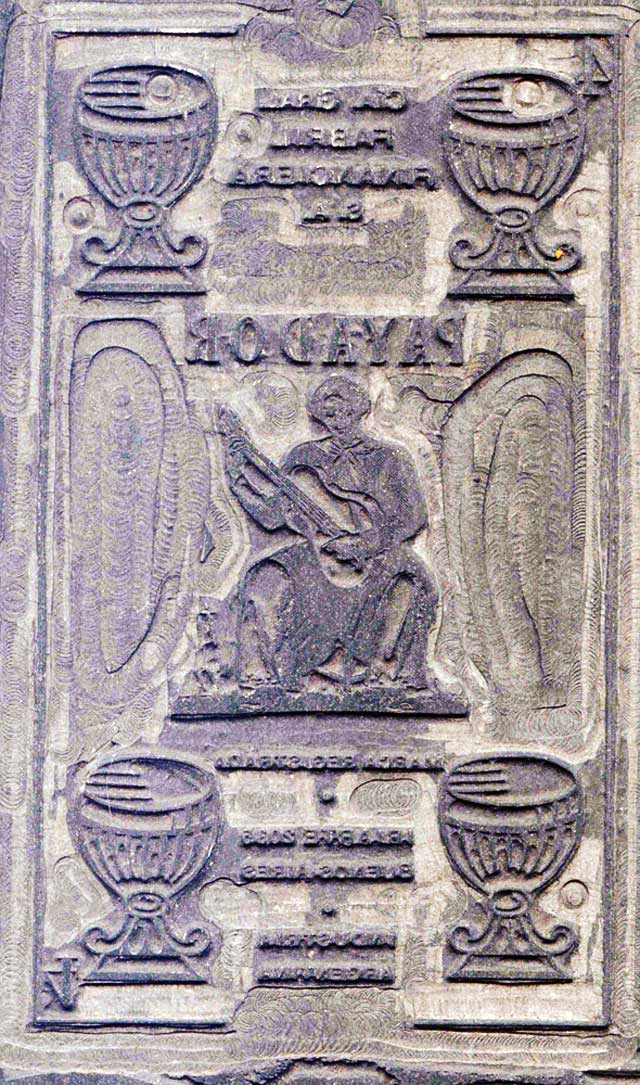 Below: reverse of box, showing the 50 Centavos internal revenues tax band fixed around the outside of the box.