A 52-card French-suited pack, with 2 jokers + strip poker score card, in a matching box, was given free with each pack of Axe deodorant sold to customers in South American countries. The item is manufactured anonymously, except for the words "Zecat" and "Ind Argentina" (made in Argentina) appearing on one of the box flaps in some editions. There are several editions, with slight differences in the photographs, and different bottles of deodorant bodyspray shown on the Jokers. In some editions the box has text in Spanish and Portuguese, and in others there is no text or information on the box. Clearly promoting good personal hygiene, each card shows a young, pouting female model posing seductively and appealing to the playboy. Zecat specialise in promotional gifts and merchandising for retailers supplied mainly from China and have offices in Argentina and Chile (www.zecat.com).

Above: the pack comes in several editions for different countries, but is essentially the same in each case, with 52 different photos on the cards + 2 jokers + Strip Poker score card. 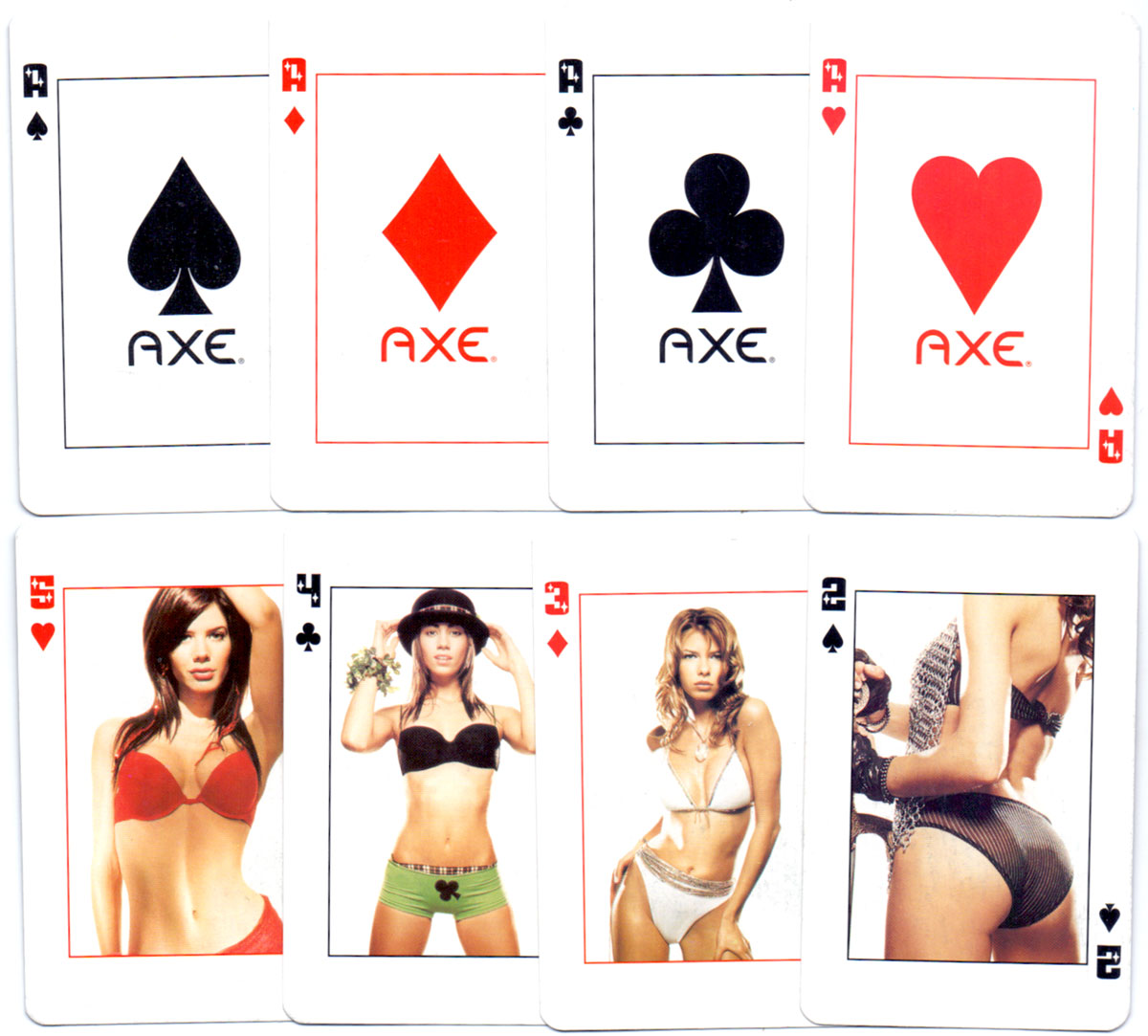 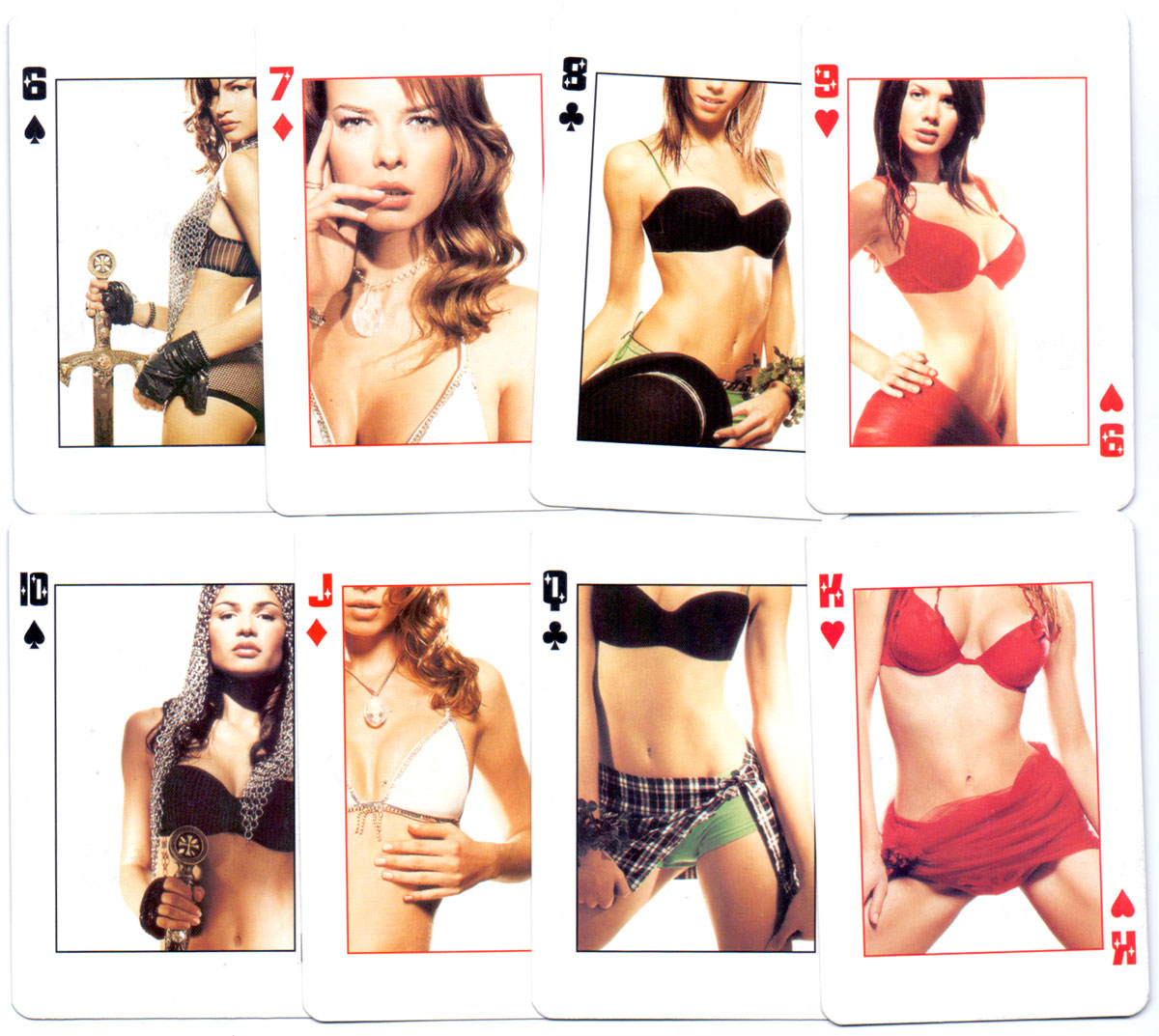 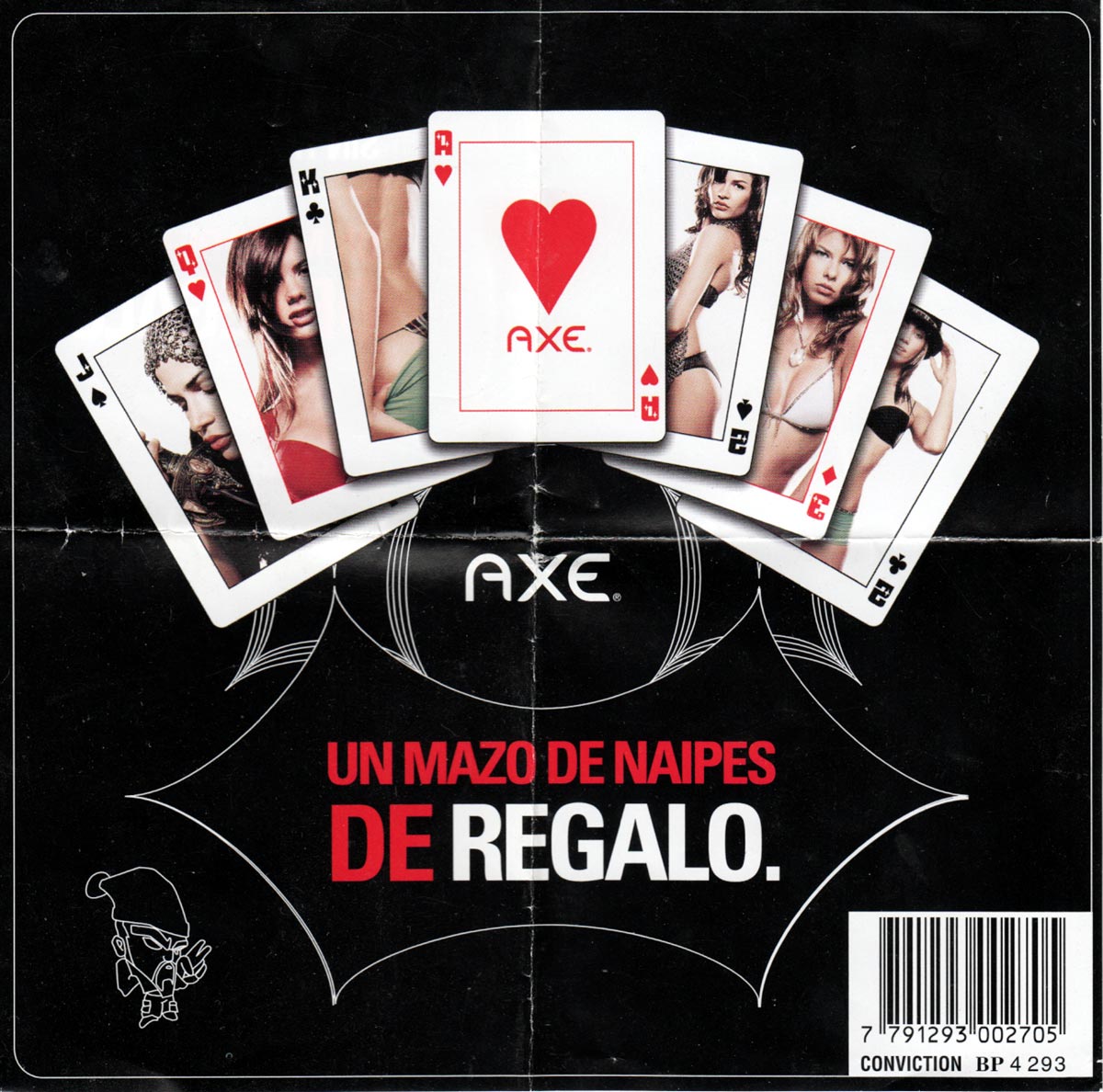