It is believed that William Detmold was producing playing cards under the trade name “W Thomas & Co” since early 1890s, although some of these appear to have been printed for them by Troedel & Co. Several of their playing card brands were registered around 1898, including “Eclipse”, “Bengal”, “Empire” & “Union”. Catalogues and lists from that time (see below) give details of colours, back designs, boxes and other manufacturing options, as well as advertising playing cards and the Australia Souvenir deck of 53 views. It can also be noted that they were agents for Goodall & Son (“Imperial Club” playing cards), N.Y.C.C.Co & U.S.P.C.Co / National Card Co (“Hart’s Crown Squeezers” and “Rambler” playing cards). Whist Markers also appear to have Goodall & Son item numbers in the catalogue. 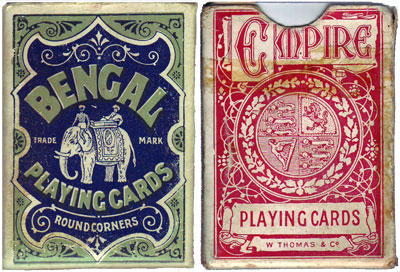 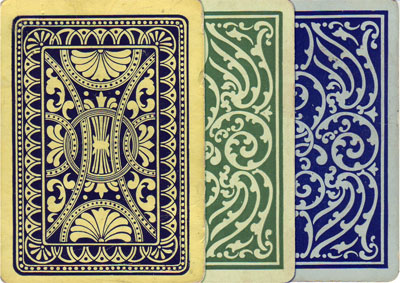 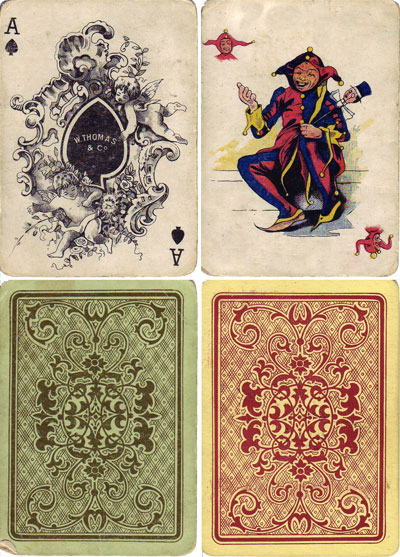 Above: “W Thomas & Co” Ace of Spades, Joker and backs, c.1900-1910. The sitting jester first appeared around the turn of the century and was used until the early 1930s. The back designs tended to come in a choice of four colours.

At some point around 1922 William Detmold became Spicer & Detmold. Spicer & Detmold split up in 1948, with the Detmold part becoming Detmold Packaging (boxes, packaging and the like, and still going today) whilst Spicers (Australia) took the playing card business. 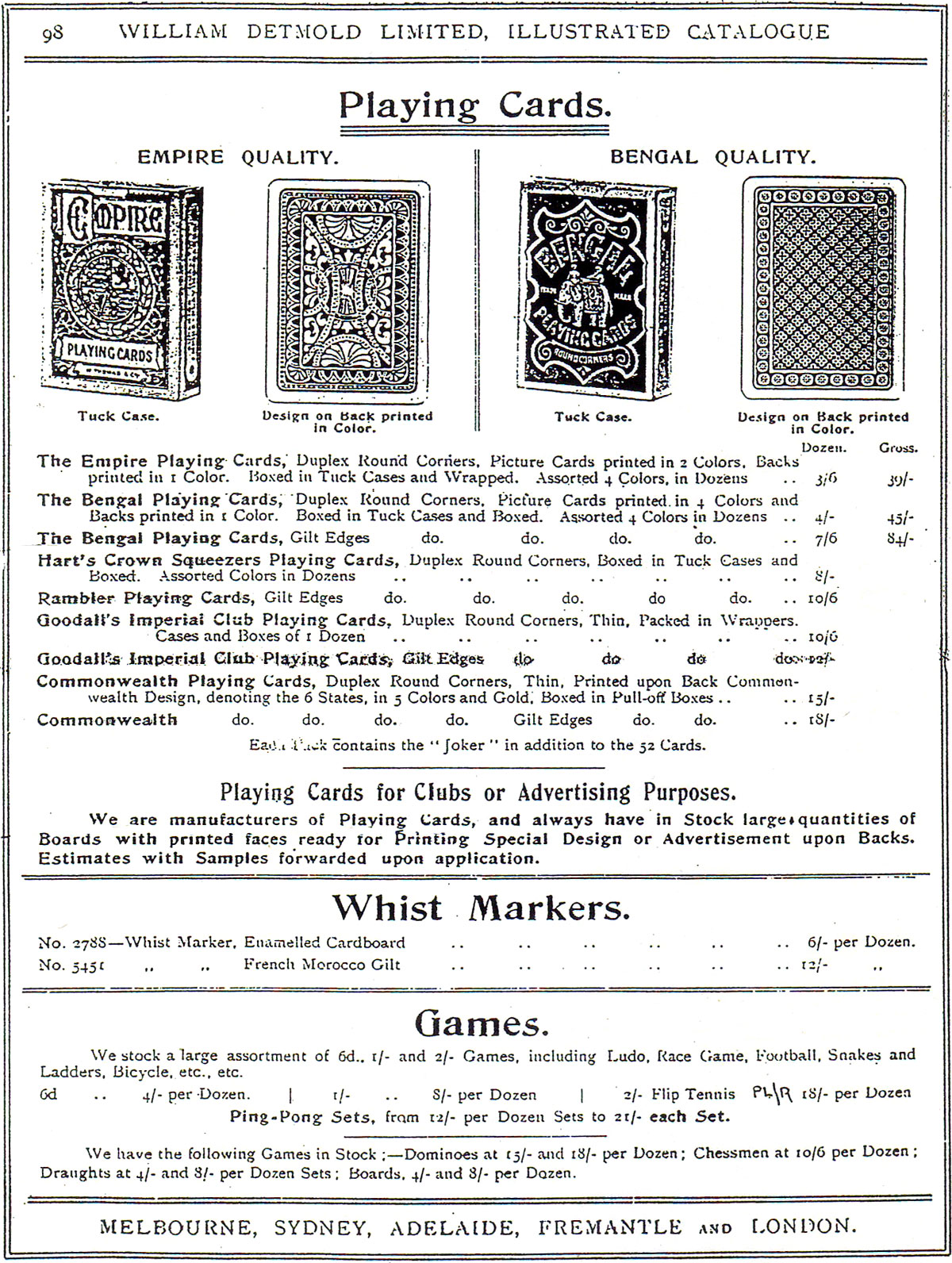 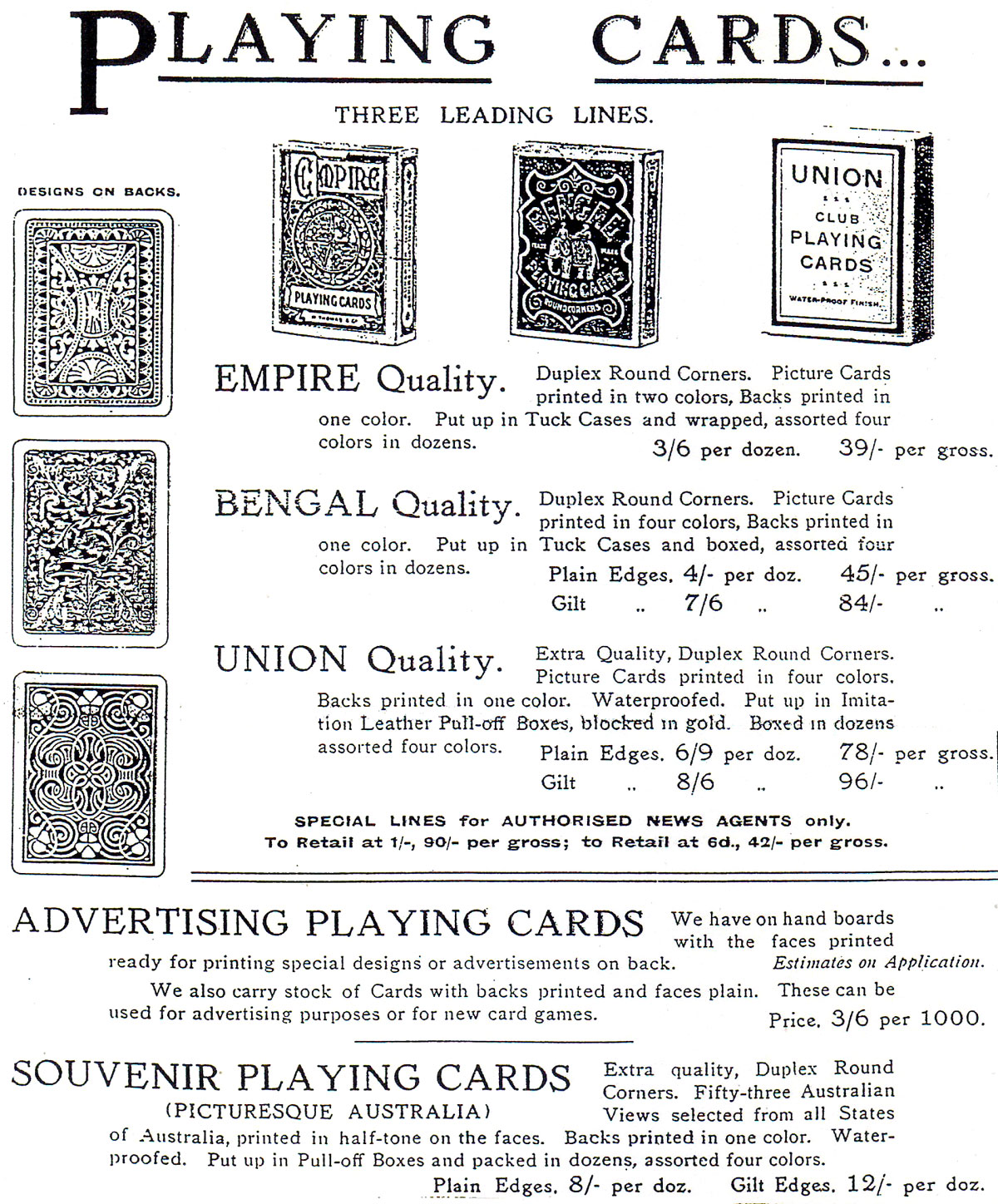 Above: “Chateau Tanunda” Brandy advertising playing cards, date uncertain but possibly early 1890s-1910. The court cards are copies of the N.Y.C.C.Co courts of the time. Also known with four-colour courts. 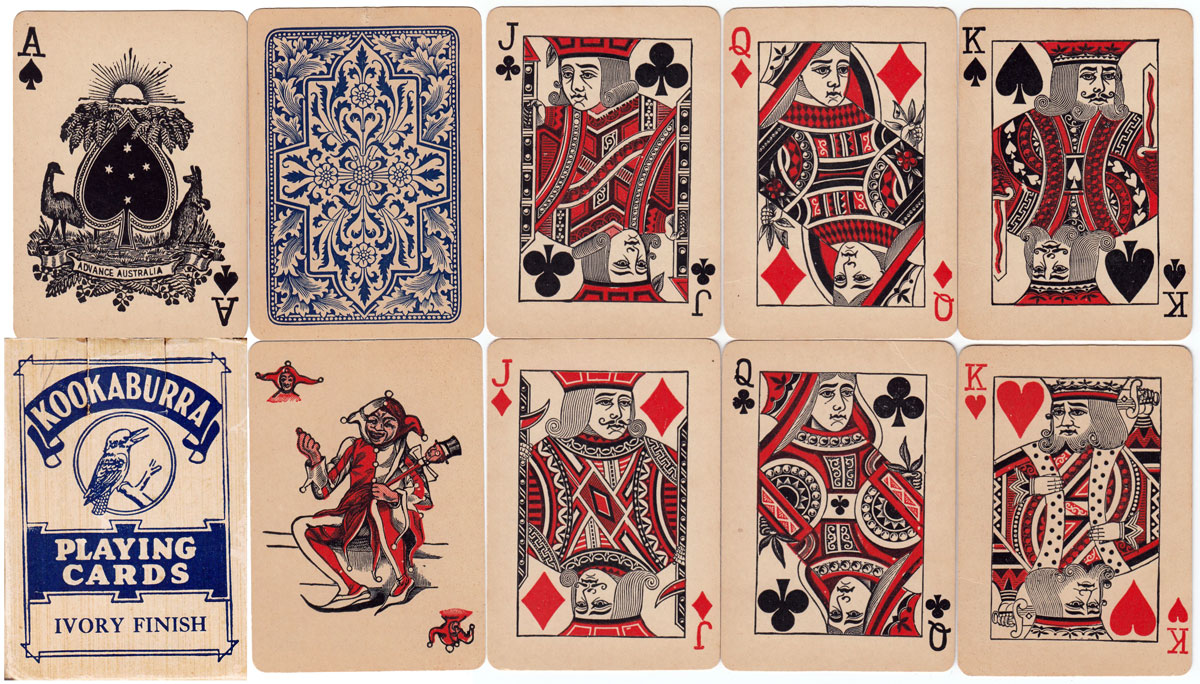 Above: “Kookaburra” playing cards, c.1915-20. See also: “New Bridge”, “The Dragon” and “Full Hand” playing cards, c.1910-20. The sitting jester seen in these decks first appeared around the turn of the century. He appears in two and four-colour versions and was used until the early 1930s. The ace of spades was designed to mimic a national coat of arms.

Above: an ace of spades with handwritten cartomancy interpretations, plus four versions of a typical back design, c.1920.

ACKNOWLEDGEMENTS: thanks to John Daniels, Jan Walls & Ken Lodge for their contributions to this page.