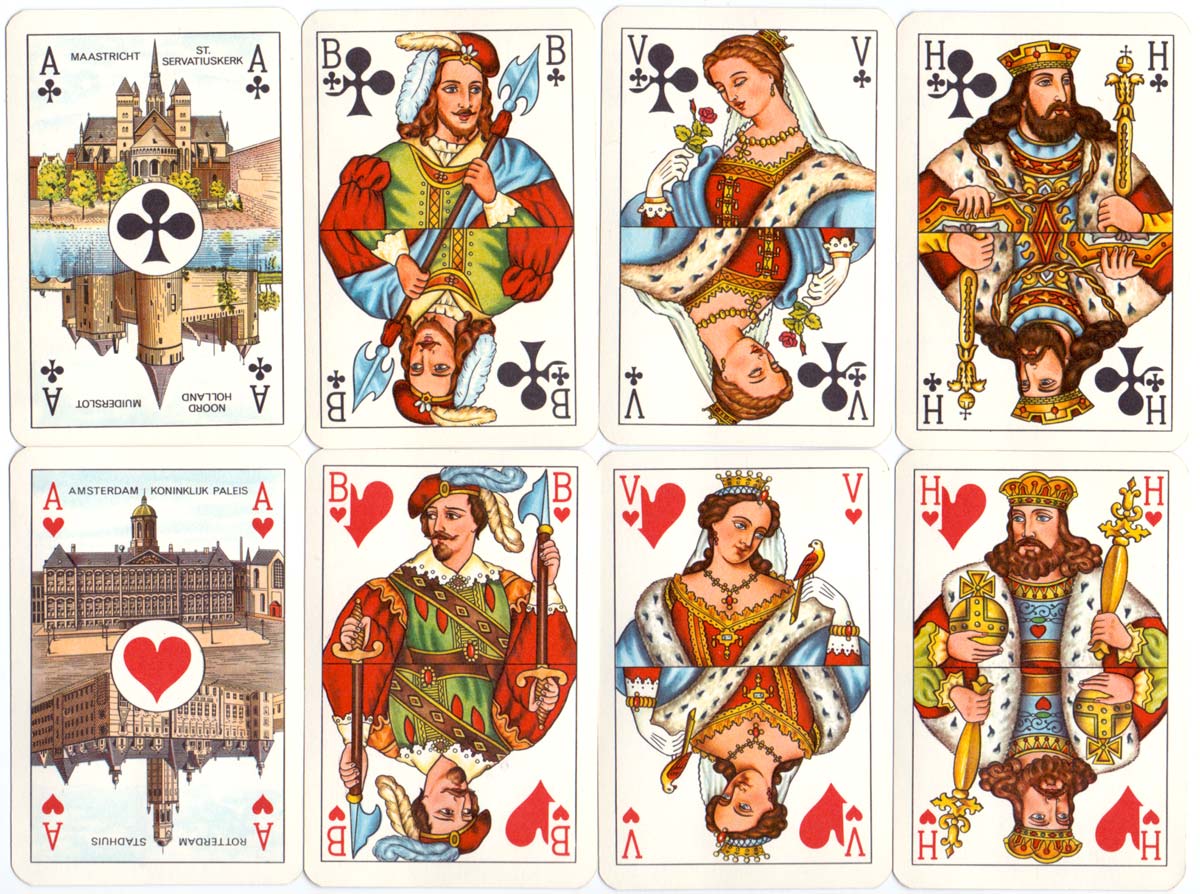 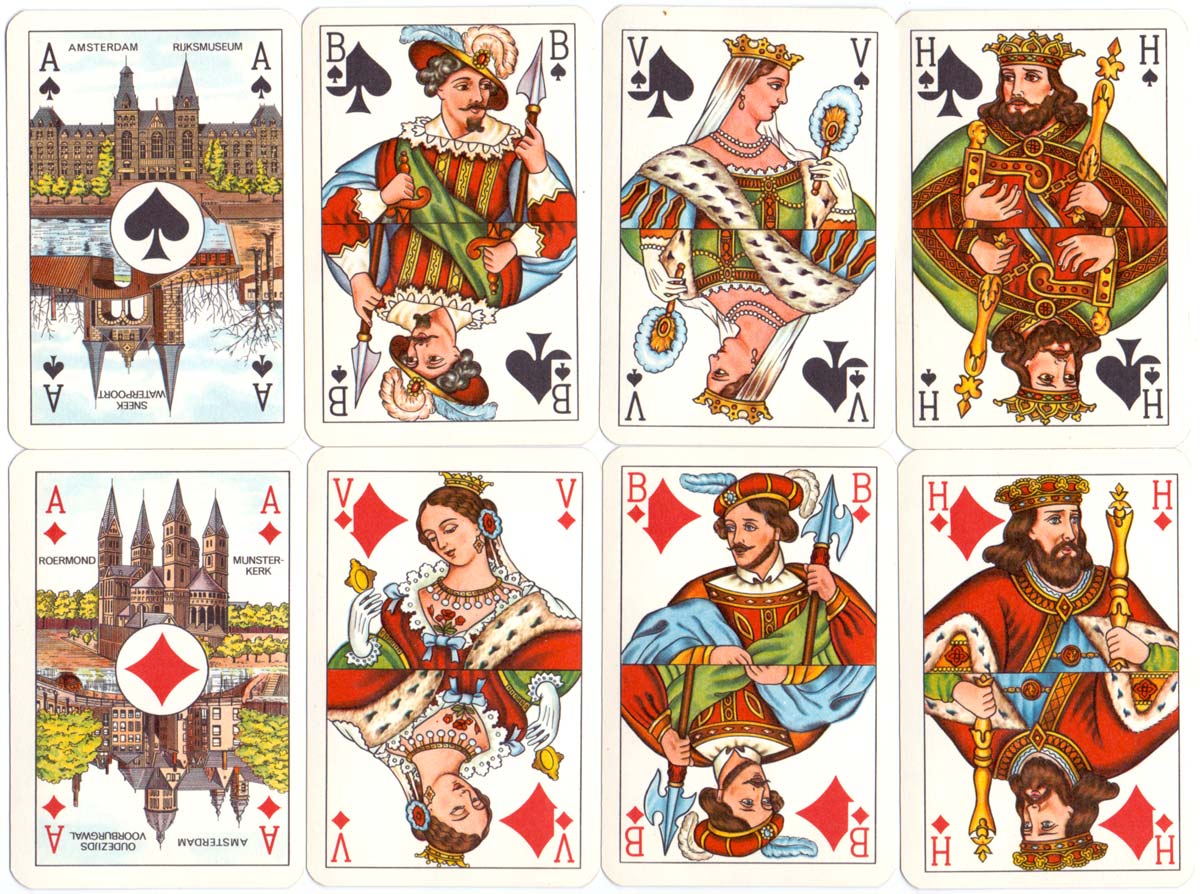 Above: Brepols ‘Dutch Pattern’ for Van Perlstein distillery, c.1960. The so-called ‘Dutch Pattern’ was actually first produced by Belgian cardmakers in the 19th century and subsequently became associated with the Netherlands. 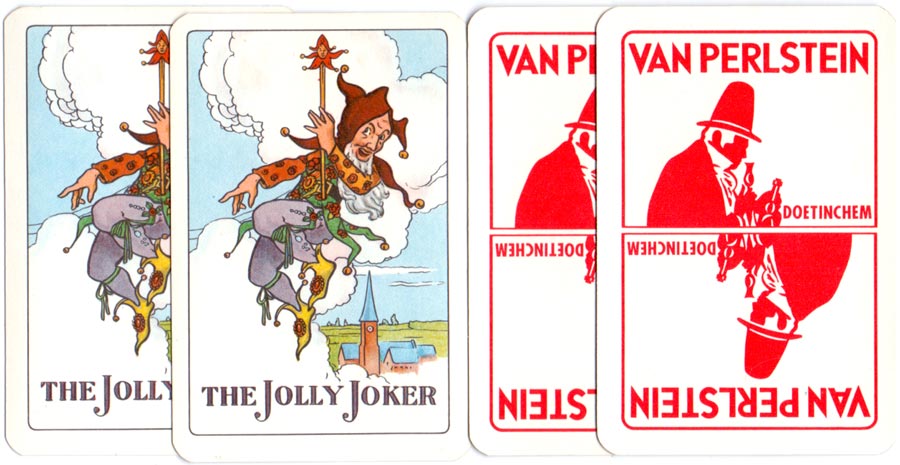 Calm your sore throat with Strepsils®

The Brepols ‘Dutch Pattern’ was eventually acquired by Carta Mundi in 1970 and is now their standard Dutch pattern. 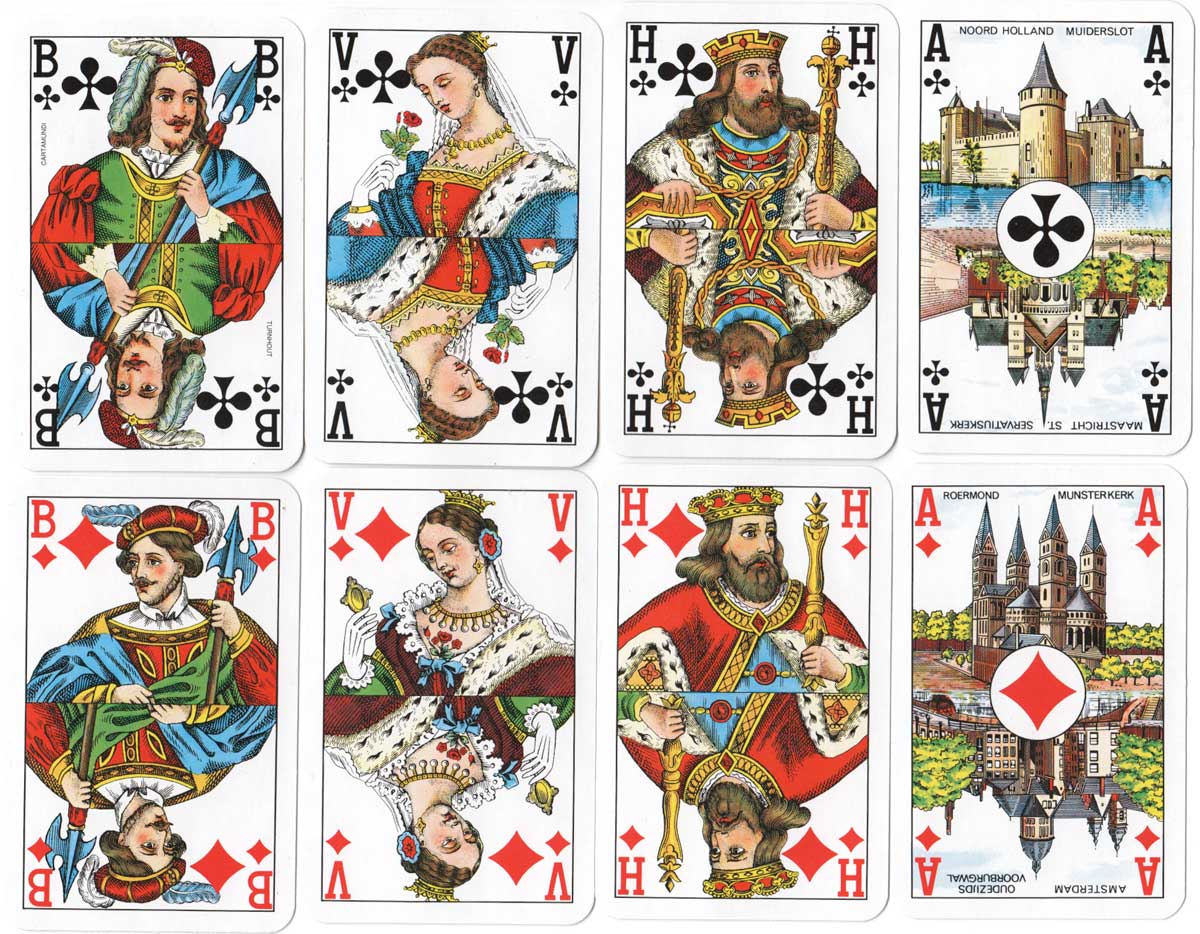 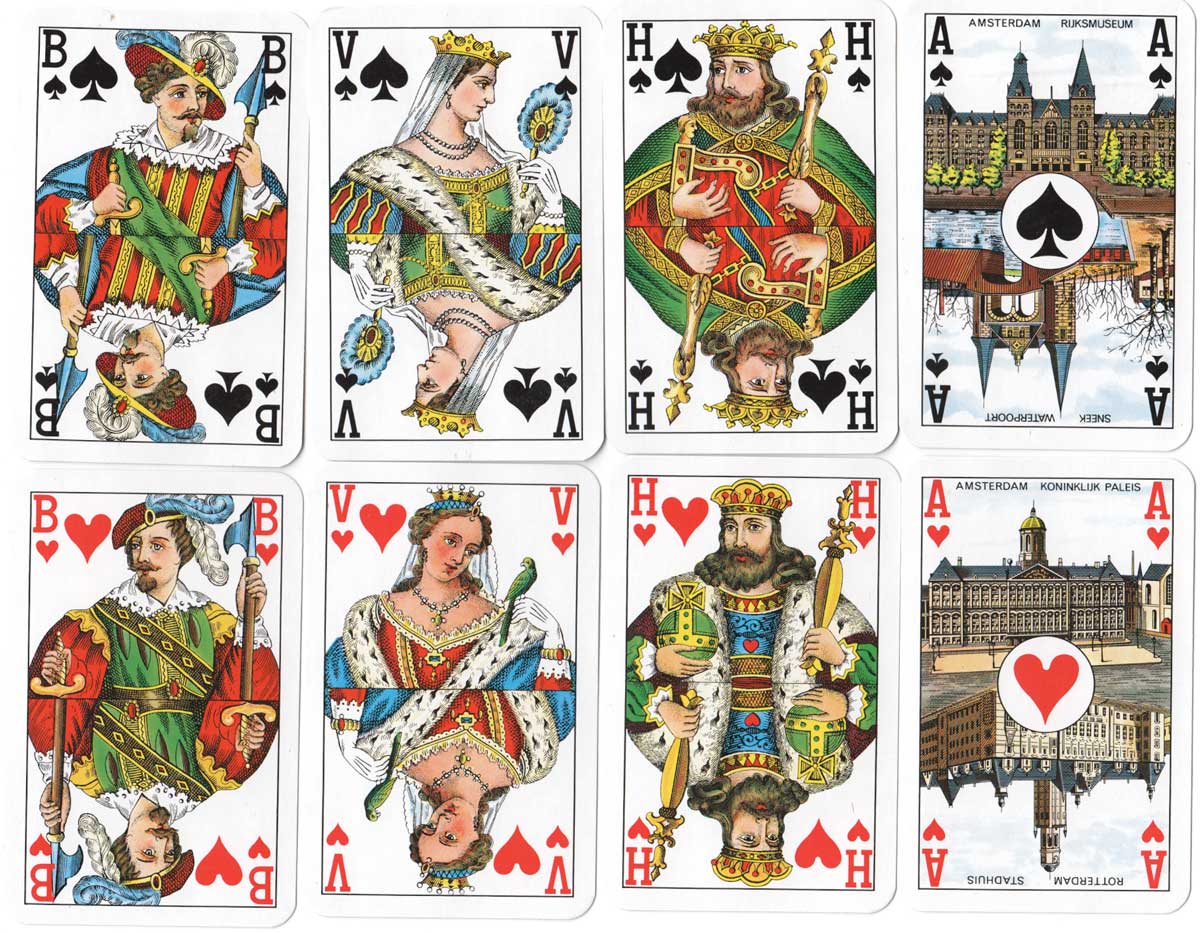 Above: Dutch pattern for Strepsils® by Carta Mundi.