The Venice Simplon- Orient-Express playing cards were designed by the studio of Gerard Gallet which is based in Paris, c.1984. The images for the court cards were inspired by the typical passengers who traveled in luxury style in the 1920s and 30s, and the joker by a railway guard from the same period.  The card set is presented in a satin lined leatherette covered box. 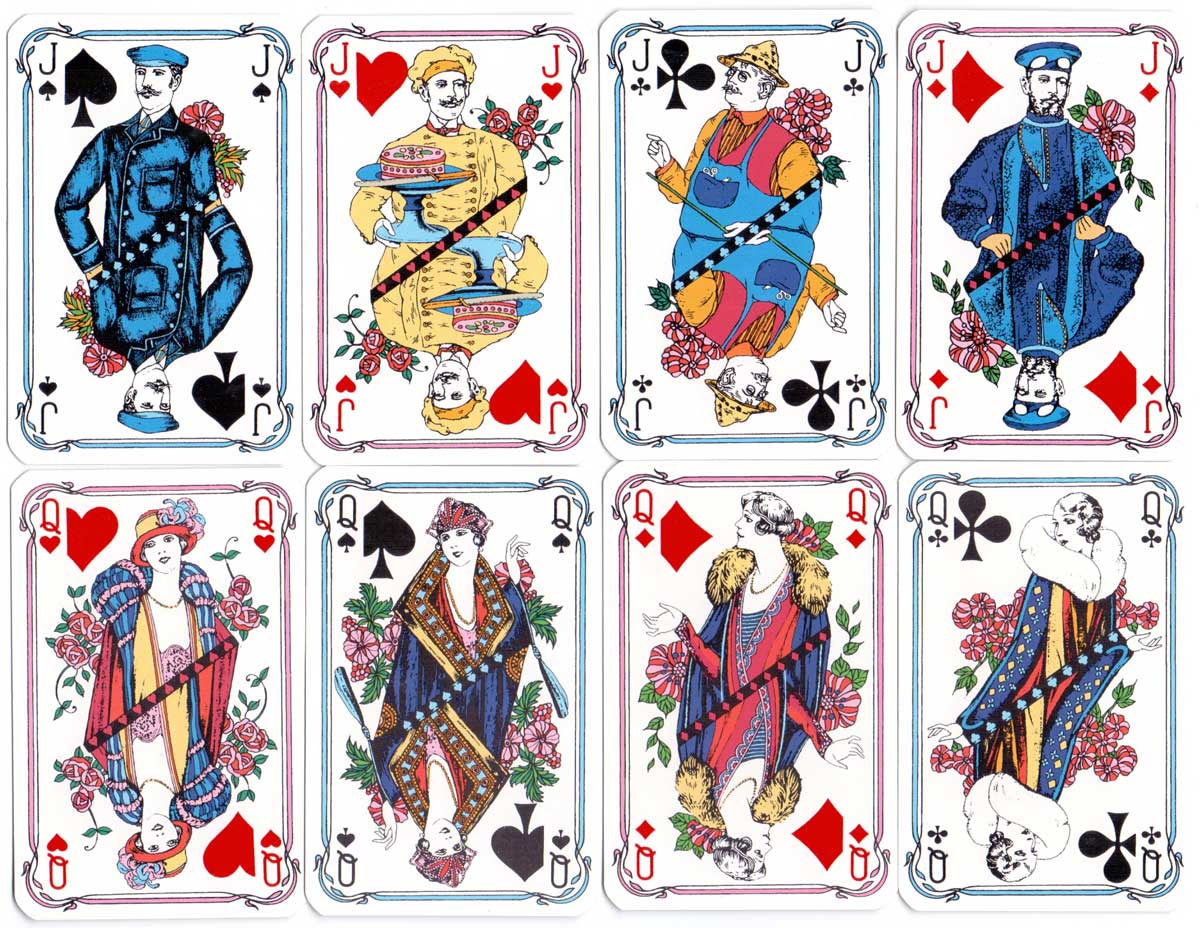 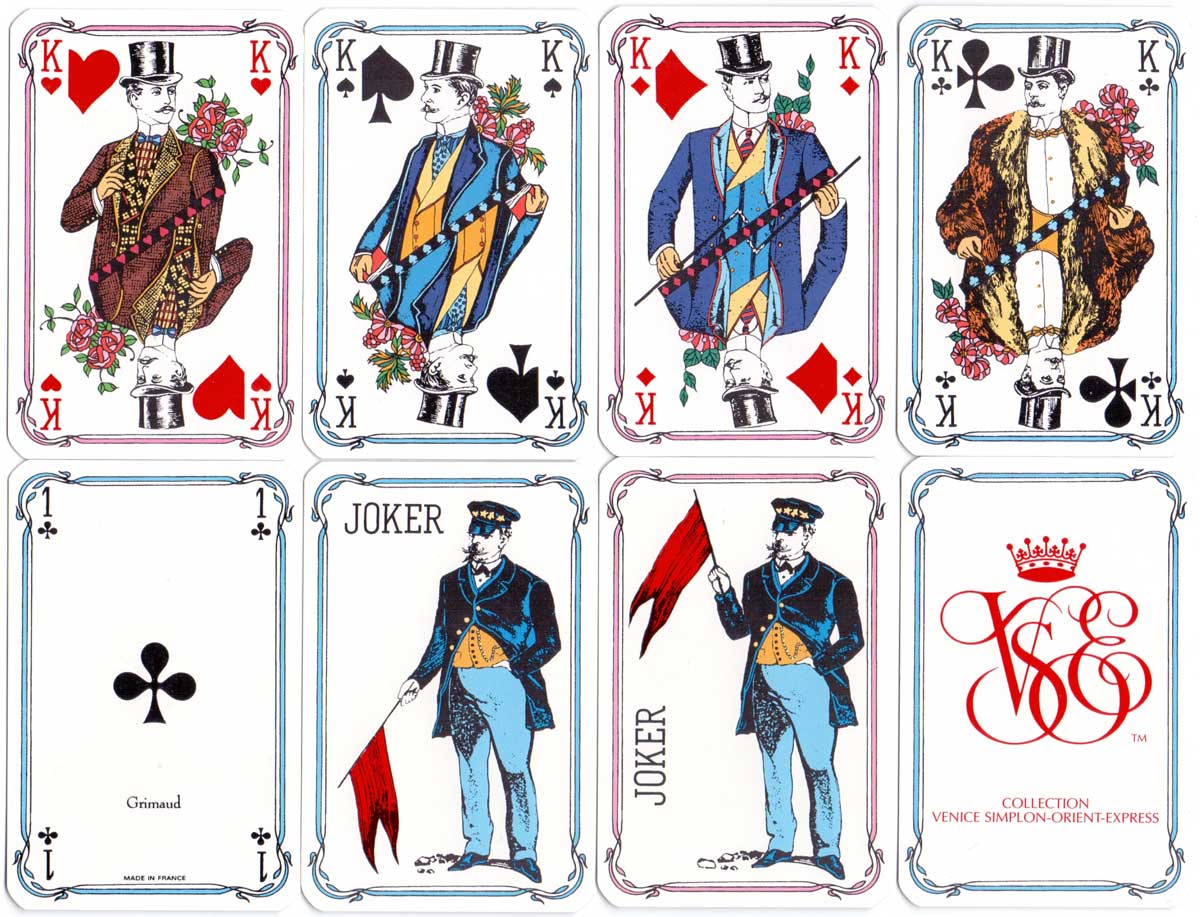 Above: Venice Simplon-Orient-Express playing cards designed by the studio of Gerard Gallet, Paris, c.1984. The cards are printed on top quality card and have gilt corners. 52 cards + 2 jokers + 2 extra cards.