The ‘Beautiful Britain’ series depicting seaside and country resorts was produced by John Waddington Ltd for the Great Western Railway and London and North Eastern Railway between 1924-1939.

The traditional way of selling playing cards was through the stationery trade and to advertisers. Mr Clarrie Hirst from Waddington’s sales and marketing department came up with the idea of selling playing cards carrying an advertisement to the stationery trade. This became the basis of Waddington’s ‘Beautiful Britain’ playing cards which depicted scenes of seaside and country resorts. The first ‘Beautiful Britain’ series was introduced in August 1924, subsidised to begin with by the Great Western Railway. Packs carried the name or initials on the reverse with monochrome photographs in sepia or green of popular scenic locations on the the railway’s itinerary. This enabled beautifully printed playing cards to be sold through the stationery trade at a very competitive price due to this advertising. 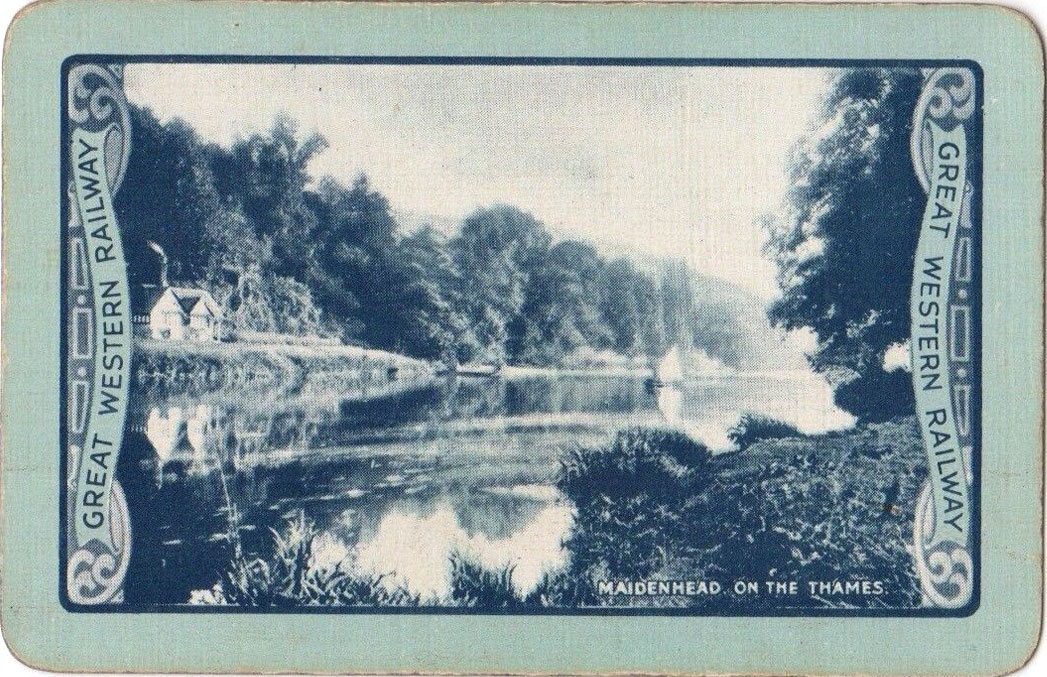 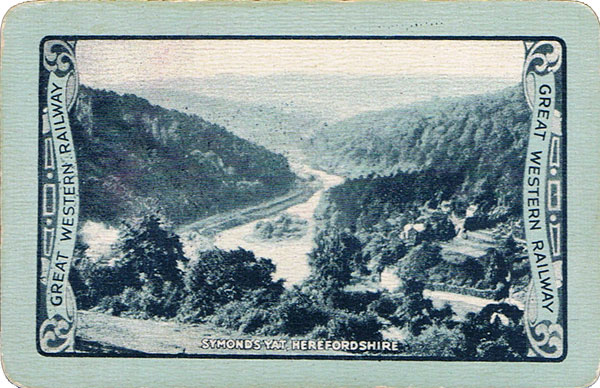 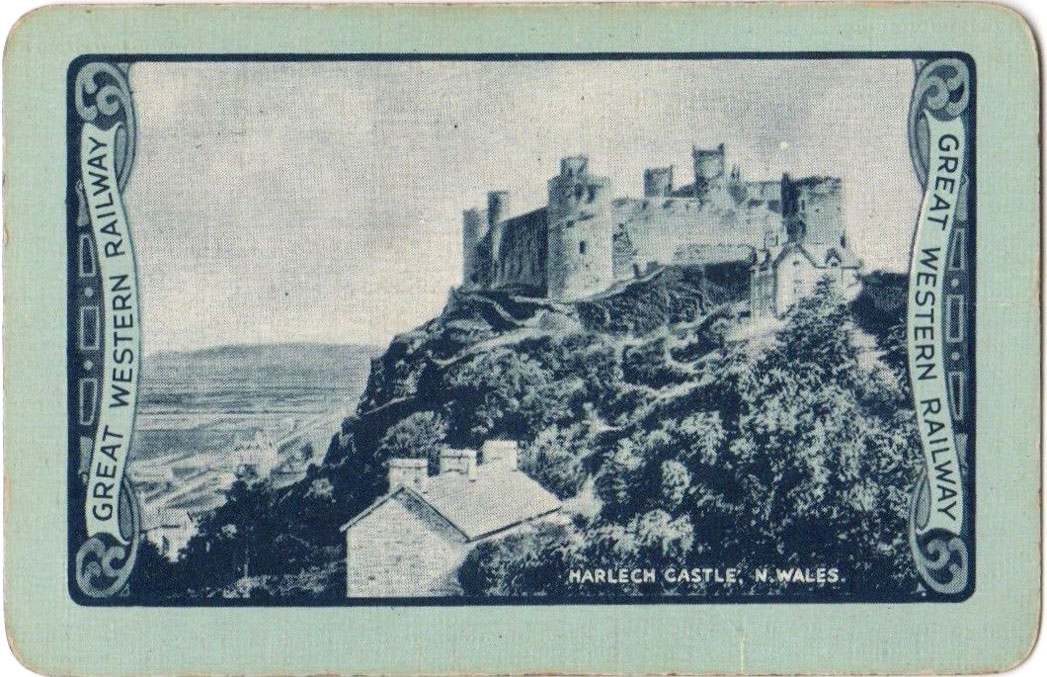 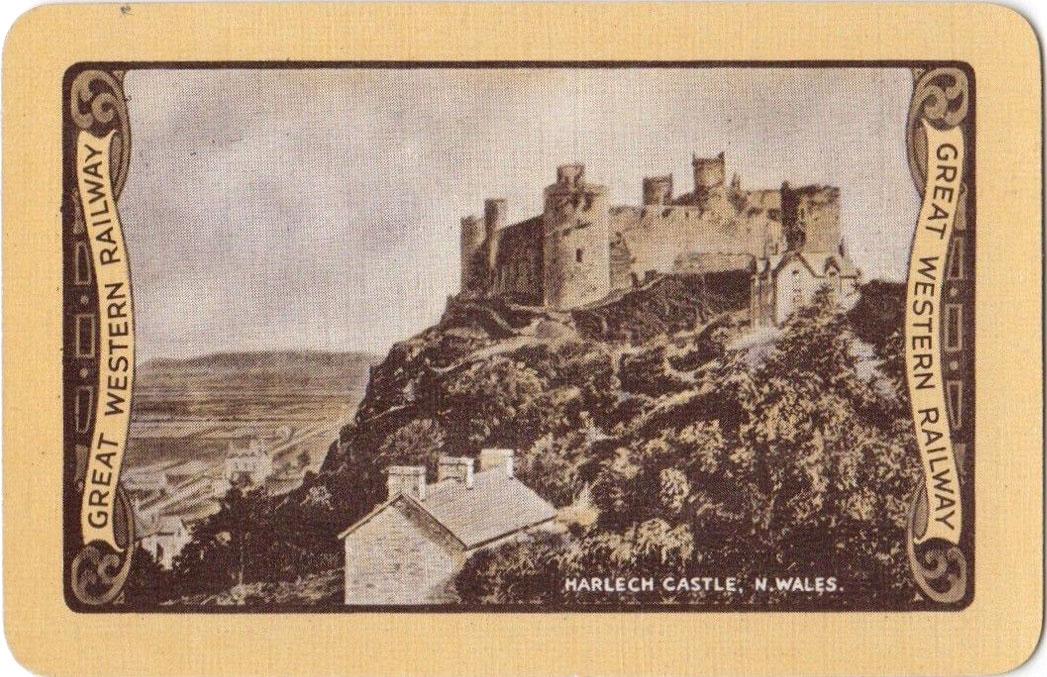 Above: scenic back designs for the Great Western Railway printed by John Waddington Ltd, 1924.

This project was very successful and contributed to Waddington’s rapid growth in the playing card field and to becoming competitors to the established De la Rue business. However, the Great Western Railway withdrew their sponsorship in 1925 but the series continued to be subsidised by the London and North Eastern Railway until 1929. New designs were produced by artists such as Austin Cooper & Tom Purvis for the new railway itinerary, printed in colour and with ornamental panels at each end, including Scarborough, Norwich, Cromer, the Yorkshire Coast, North Berwick, Edinburgh, Royal Deeside, Clacton-on-Sea, Fort William, Norfolk Broads, and York. 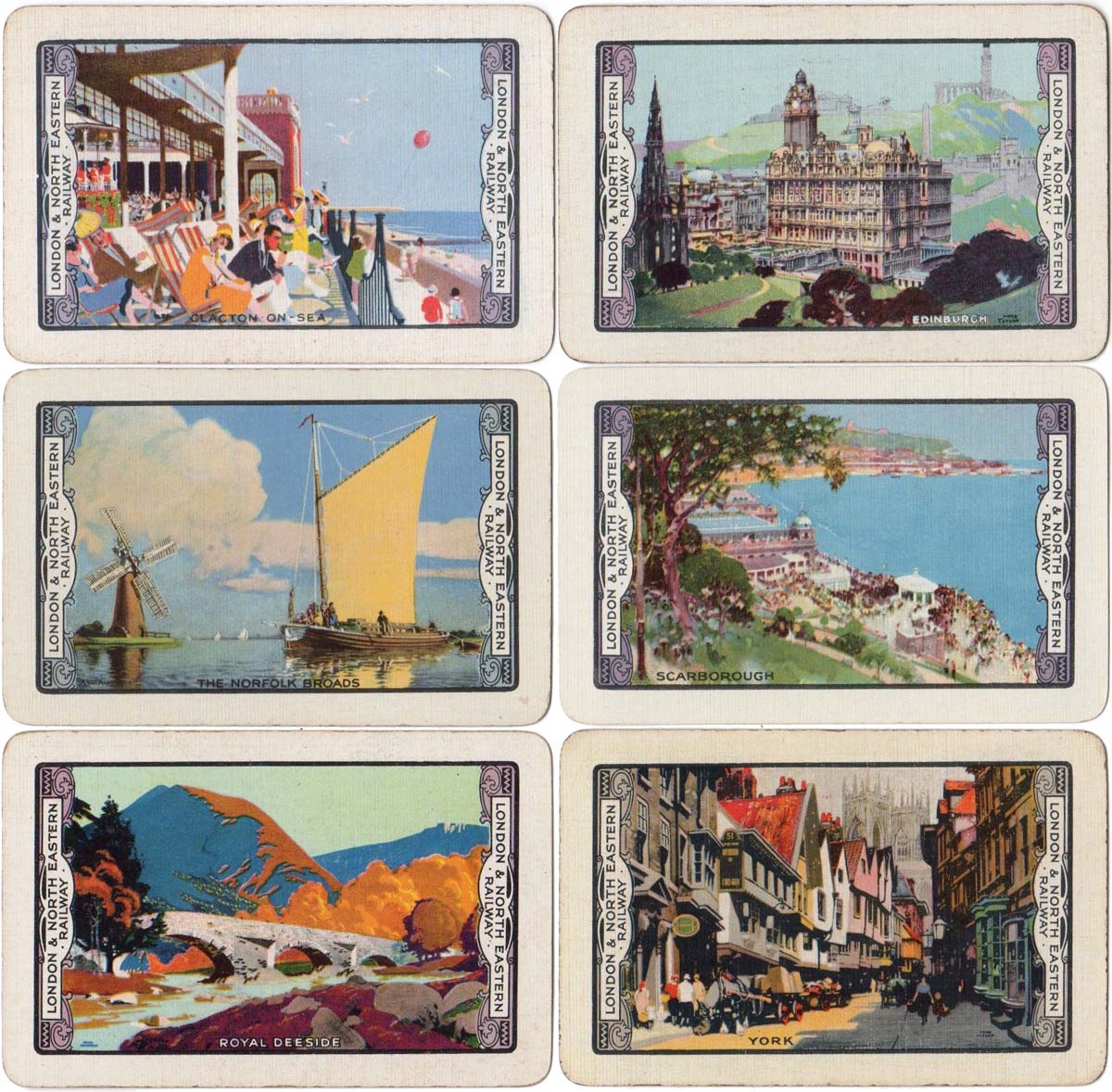 Above: ‘Beautiful Britain’ backs sponsored by the London and North Eastern Railway printed in colour and with the wording in a scroll, 1925-26.

A second type of design for the L.N.E.R. was also printed in colour but with the wording inside a black border at each end. Designs known from this series include: Caister Castle, Forth Bridge, Scarborough, The Trossachs and Whitby.

Above: ‘Beautiful Britain’ backs sponsored by the London and North Eastern Railway printed in colour and with the wording inside the border, 1926. 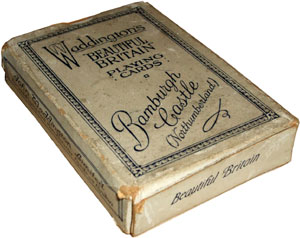 Above: ‘Beautiful Britain’ backs based on etchings by Frank Henry Mason, sponsored by the London and North Eastern Railway and printed in monochrome, 1927-29.

A special ace of spades was produced for the L.N.E.R. in two slightly different versions. The second version has a small scroll at the base of the spade motif with the legend “Kings Cross for Scotland shortest and quickest” which was one of their advertising slogans at that time→

Above: two different versions of special ace of spades produced by John Waddington Ltd for the L.N.E.R.

In 1930 the caption ‘London and North Eastern Railway’ was omitted on the back and the dotted border extended around the whole card. 12 photographic scenes were issued in 1930 and again 1931 in this style, including: Westminster Bridge and Houses of Parliament, Tower and Tower Bridge, Loch Long West Highlands, Fountains Abbey, Melrose Abbey, Cambridge, the Forth Bridge, Ely Cathedral, Norwich, the Norfolk Broads, the Yorkshire Coast and York Minster. In 1933 only five of the 1930 scenes were issued and in 1935 eight of the 1930 scenes were issued. 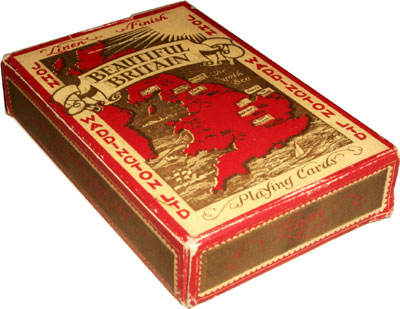 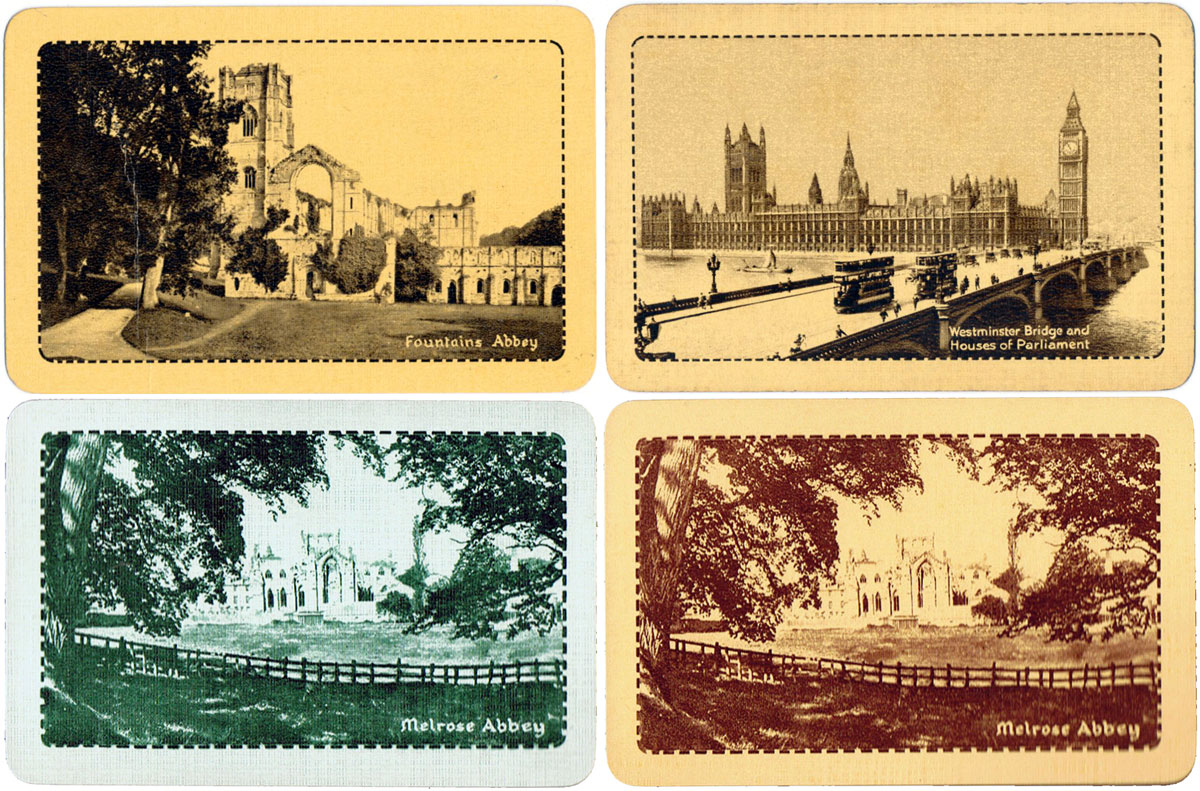 Above: ‘Beautiful Britain’ backs with thick and thin lines, 1938-39. These back designs were also published until the 1960s without the LNER aces of spades, as normal packs►

AT THE TOP Playing Cards

Exclusively designed for the Burj Khalifa in Dubai

Treasures of the Russian Museum

Czech trains and railwayana from 1839 to 1989, made by Obchodní Tiskárny, Prague, Czechoslovakia.

Issued to mark the opening of line 3 of the metro in Valencia, 1998.