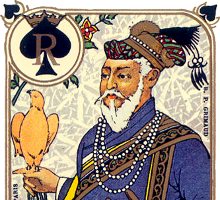 One of a series of sumptuous Venice Simplon-Orient-Express playing cards produced by B.P. Grimaud for the VSOE gift collection. The 3/4 length court cards depict people in Oriental costumes and the designs are reminiscent of Dondorf's “Vier-Erdteile” (Four Continents) deck. As it happens the deck was originally published by Grimaud in 1890 with no indices, but indices have been overlaid in the present edition. The tax stamp visible on the Ace of Clubs was in use in France until 1940. 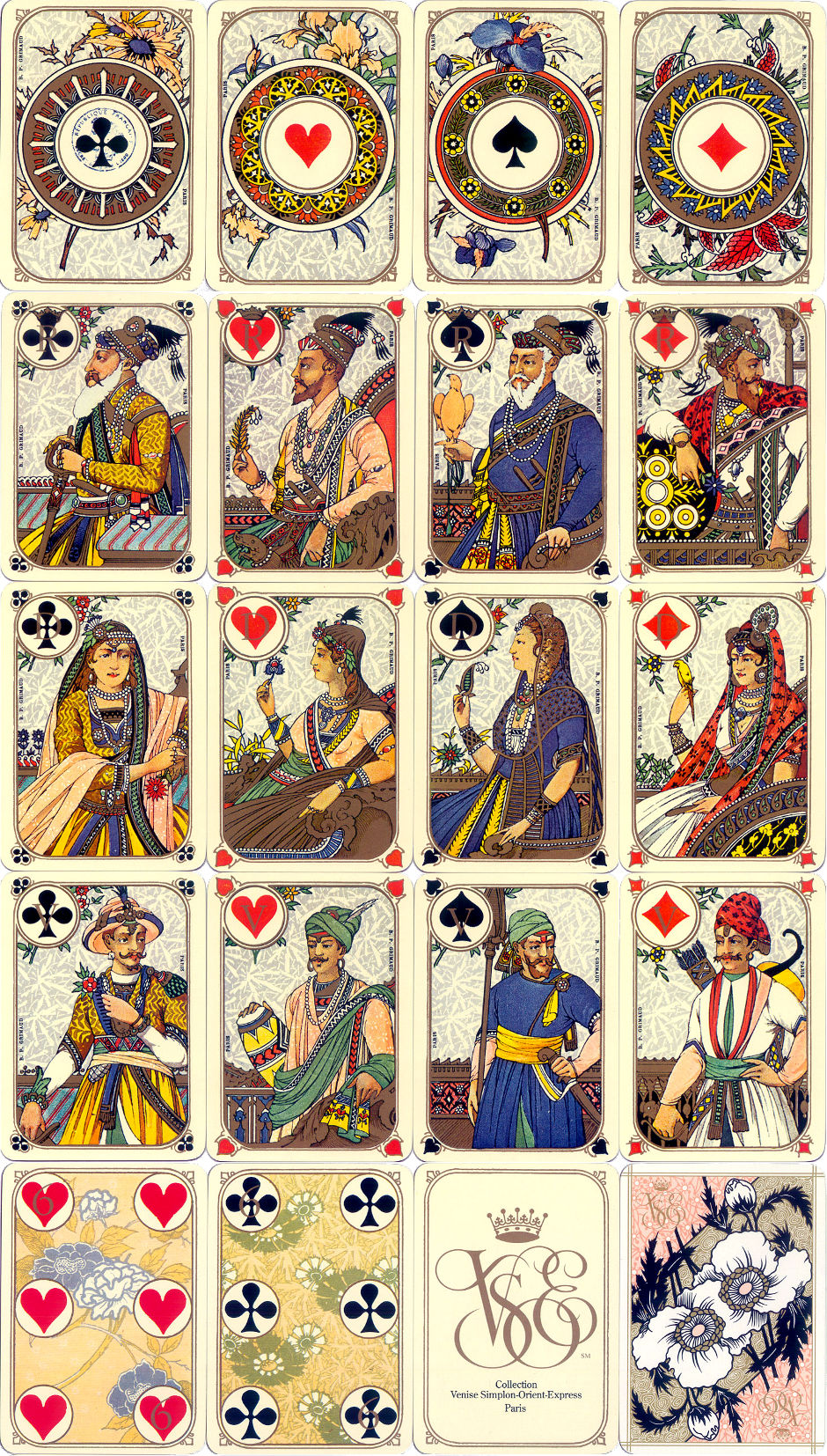