Delta playing cards are a modern art concept deck invented by Professor Manzoom R. Ali, an anti-war campaigner, poet and artist operating under the company name of “Artology International”. Professor Ali, who has published several literary works, is originally from Iraq but currently resides in UK. The deck was created around 1988, and printed in Germany. According to the information card accompanying the pack, the cards are one of three games produced by the company: “The design of these playing cards has been inspired by Sir Isaac Newton’s concept of the Delta and by the work of Picasso on Cubism.”

Instead of depicting human figures, the courts of all four suits have the same primary design, while each suit has a different deltoid design in the center of the card. Each ace has a single image based upon the traditional English suit index but modified in Professor Ali’s own Deltaism style. The deck was produced in an olive-green and in a burgundy based colour background. 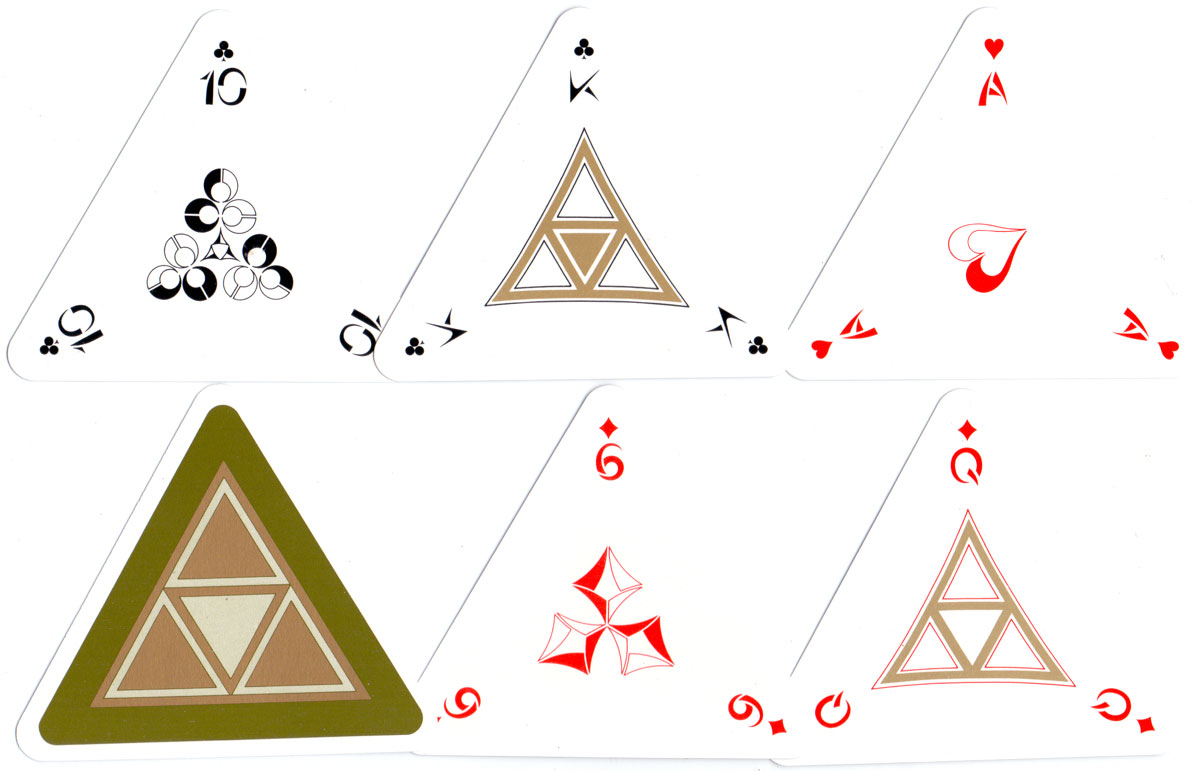 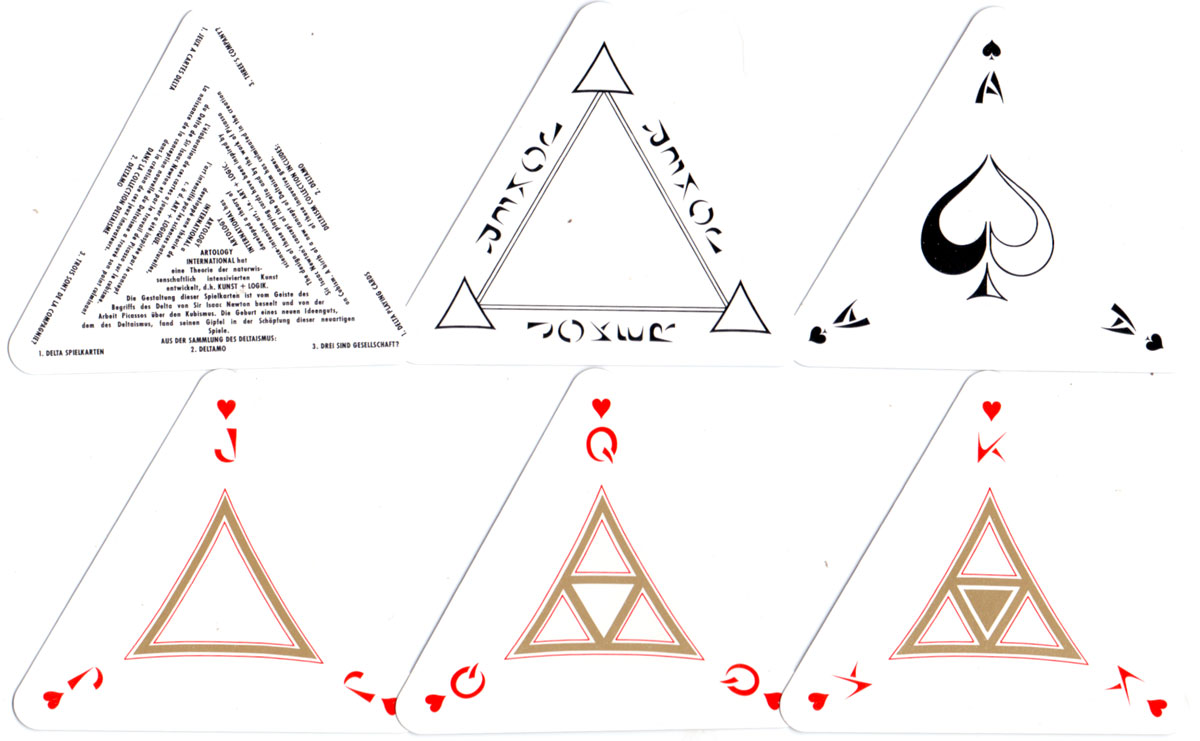