Chas Goodall & Son’s luxury “Historic” playing cards have decorated aces and double-ended court cards depicting the royal costumes of four periods in English history: clubs Plantagenet, hearts Stuart, spades Hanoverian & diamonds Tudor. Packs were produced with or without gilt edges and, over time, several different back designs were published. There was also a miniature version and the designs were used in the 1893 Worshipful Company Pack► 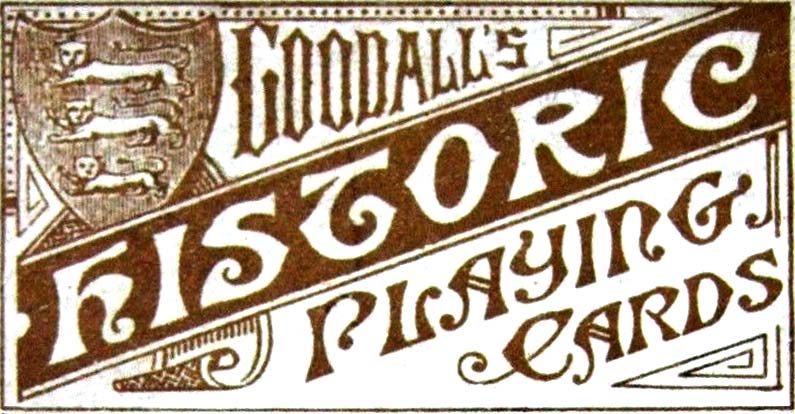 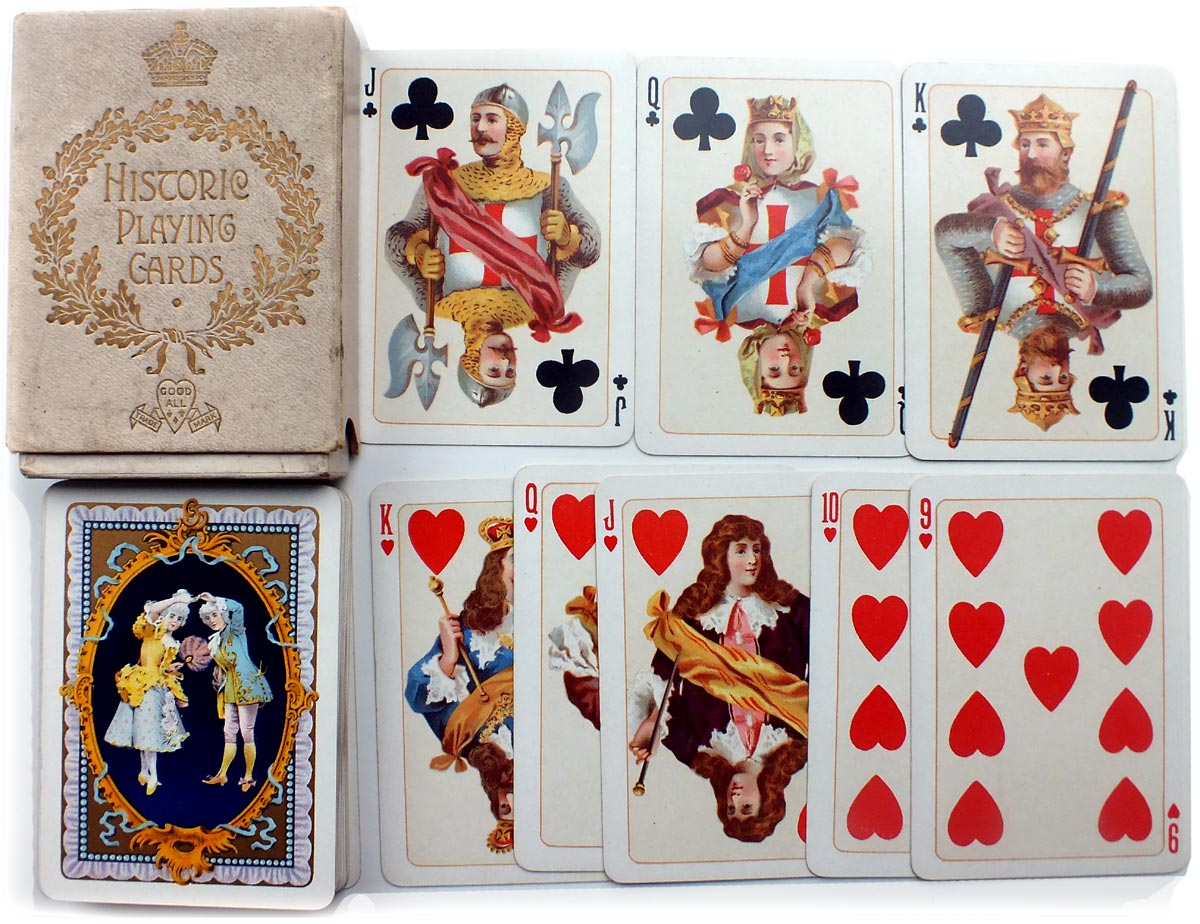 Above: the pack was published for a number of years with slightly different indices and several alternative back designs. There is no joker, but instead an extra blank card. 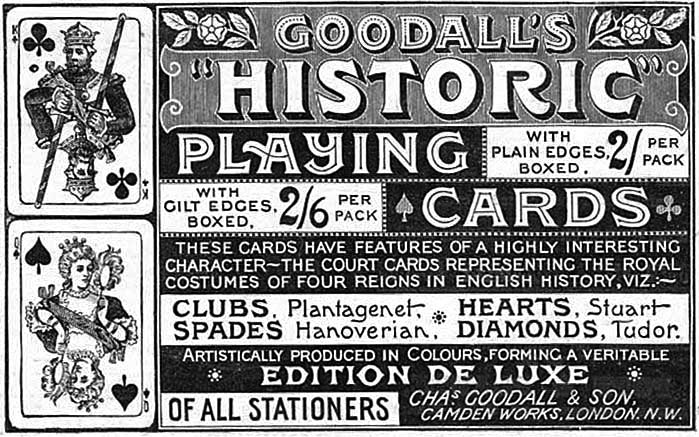 Above: advert from the Illustrated Sporting and Dramatic News, 1893. 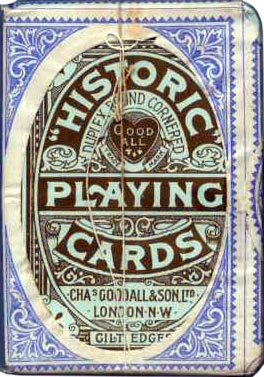 Above: pack sealed in tax-wrapper.