Costume deck featuring 54 different images of Chinese Dragon Robes from the collections of the Palace Museum in the Forbidden City in Beijing, made from precious materials with exquisite workmanship and lavish ornamentation. The robes are embroidered with yellow dragons and auspicious symbolic patterns. According to the back of the card box: “Dragon robes refer to long outer garments with dragon patterns that emperors, empresses and royal family members wear on important occasions, such as banquets, sacrificial ceremonies and official activities, to show their majestic political statuses.” 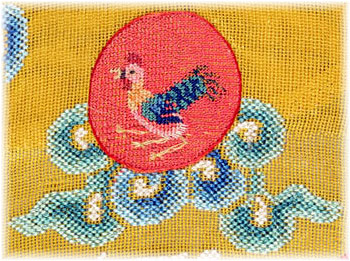 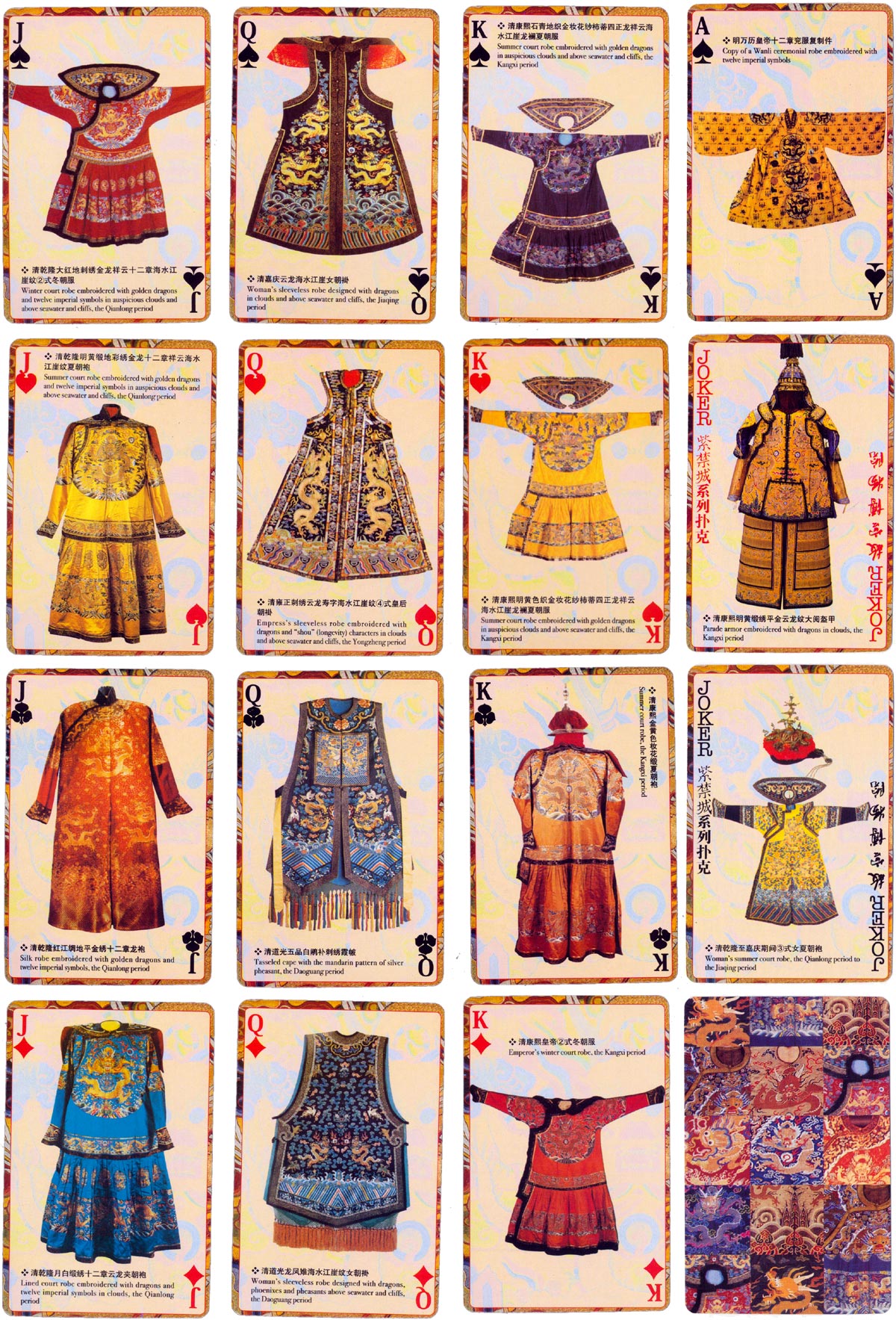