Illustrated playing cards featuring characters from “The Water Margin”, a Chinese novel attributed to Shi Nai'an, considered a classic of Chinese literature. Various forms of cards exist as the images often appear on Chinese money-suited, domino or Mah-Jong decks. This edition is a double French suited pack containing a total of 108 colourful images from “The Water Margin”. The choice of issuing the cards as a two-deck set is significant. The total number of cards, 108, is also the total number of characters in the book. Notable characters include Wu Song on the king of spades. He is depicted committing his most famous deed - killing a tiger that terrorized a mountain pass. One ace of spades depicts Lin Chong, another character. Everything else is explained on the Info Card► 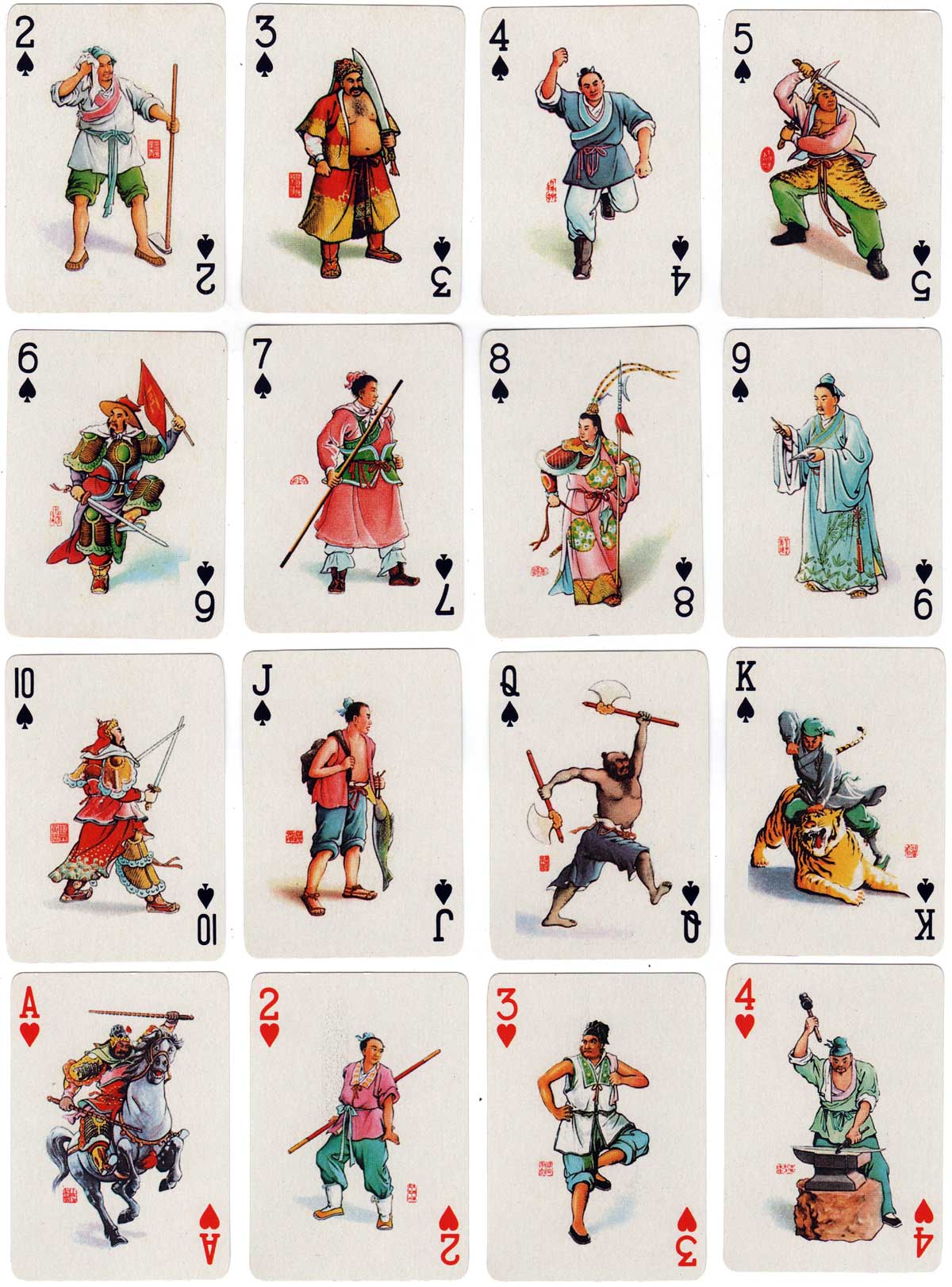 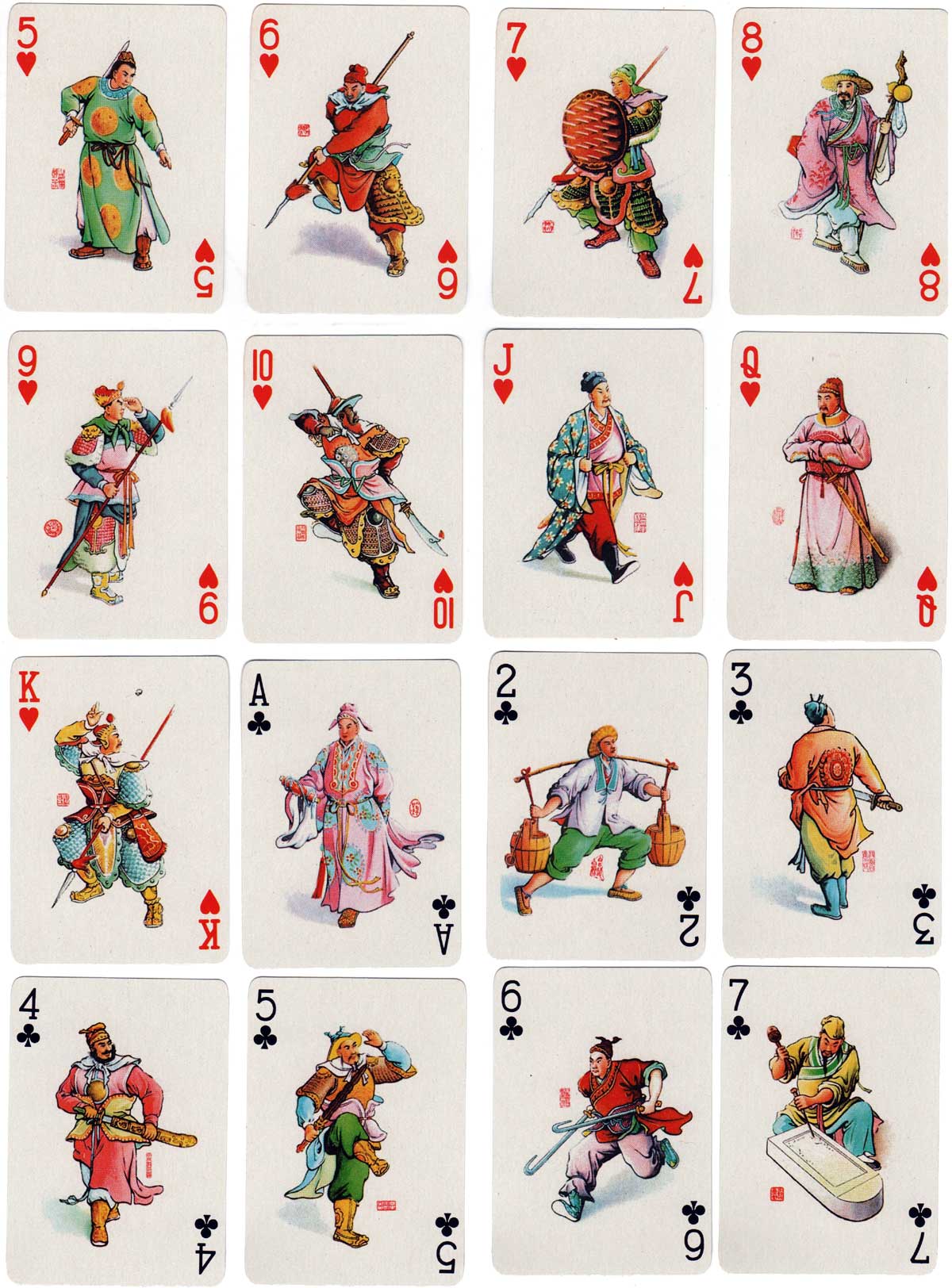 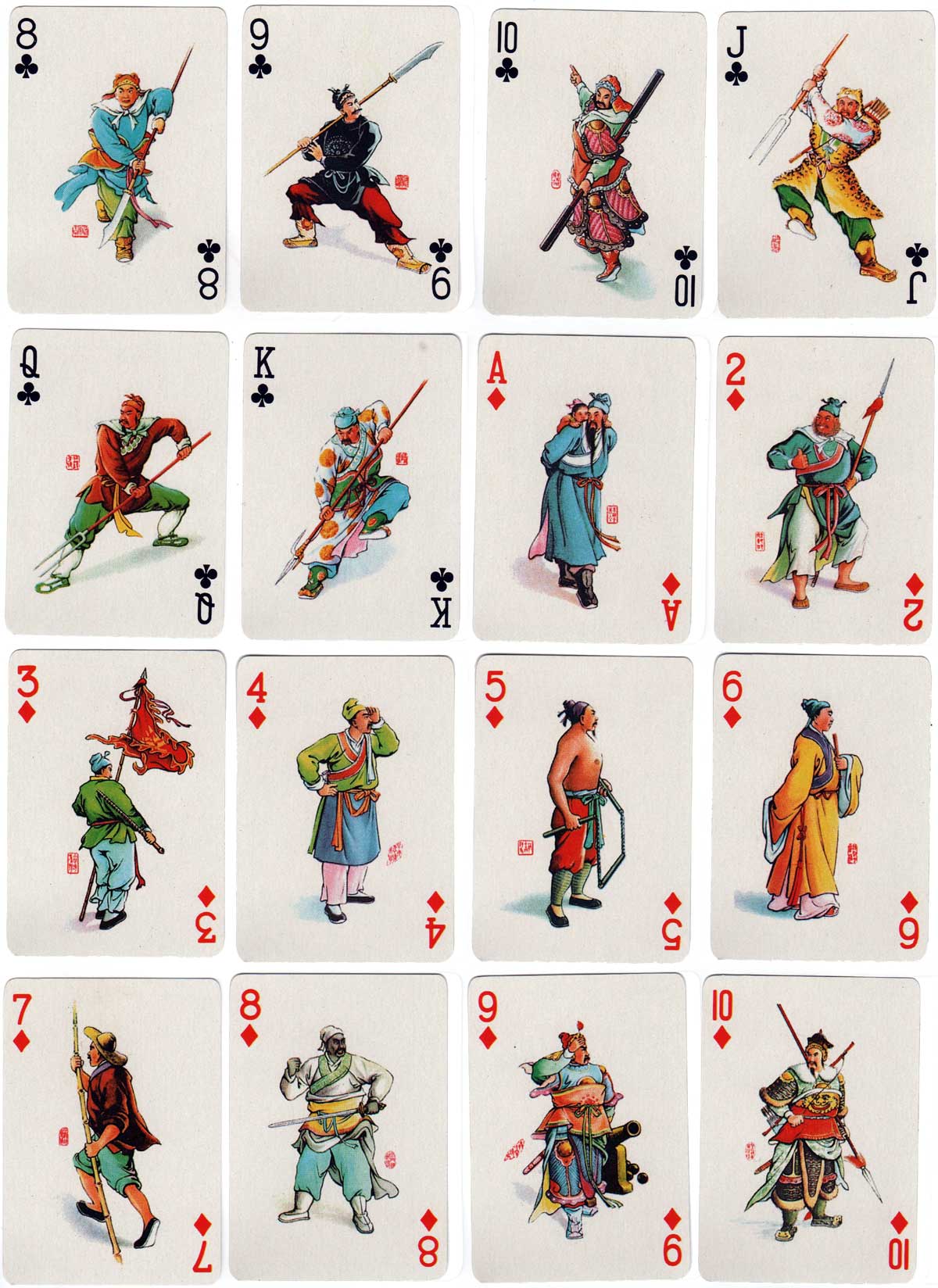 Above: playing cards featuring characters from “The Water Margin”, c.1970. Various editions are known, often with different back designs. This edition is a high quality double boxed set; each deck comprises 52 cards + 2 jokers + 1 information card, all printed in a Chinese language. The illustrations above are from the second deck in the set. Images courtesy Matt Probert.

Thanks to Anthony Lee for additional research. 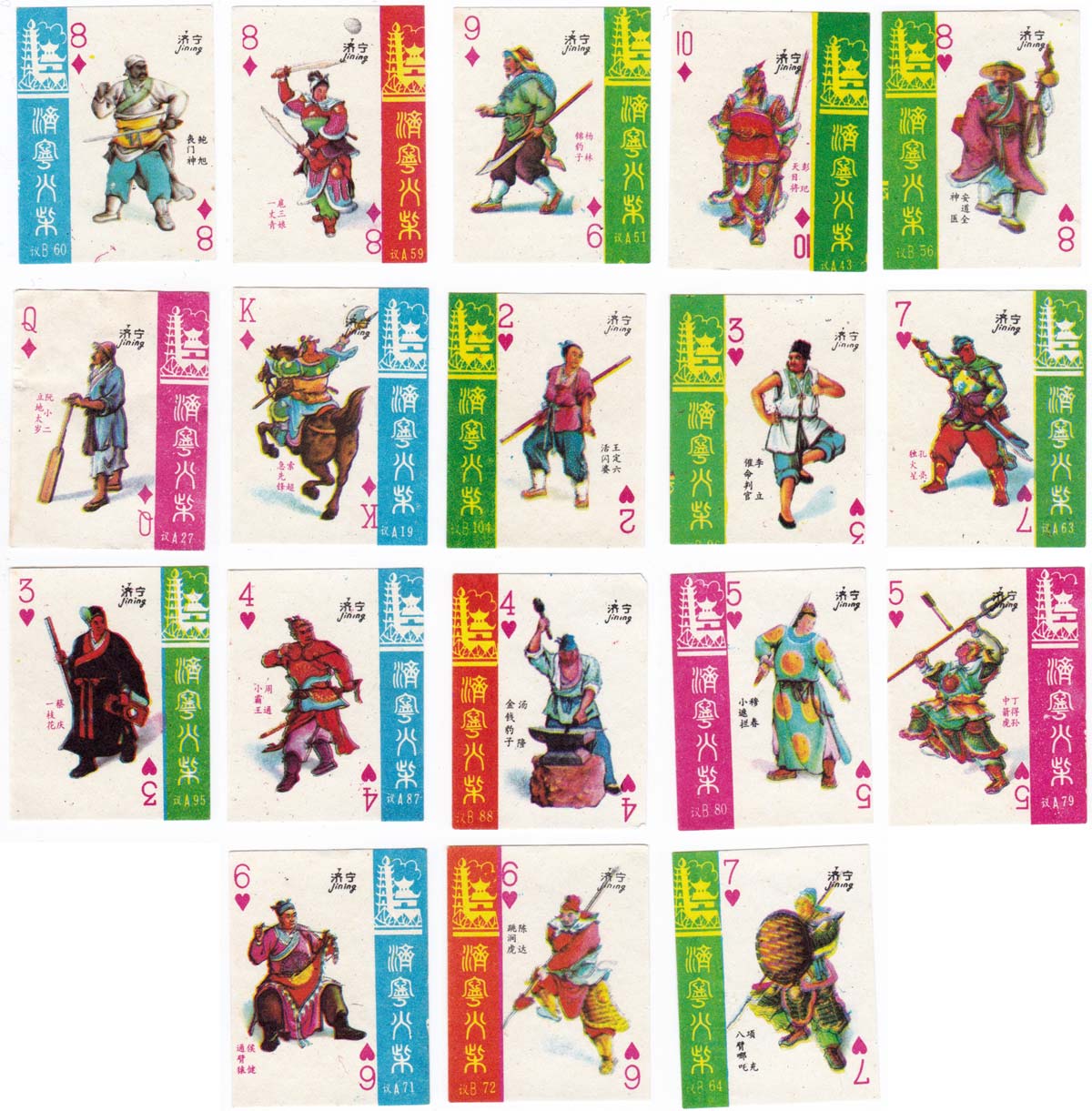