Playing cards celebrating the Chinese leader and statesman Chairman Mao /Mao Zedong. Each card has a photo of Mao Zedong in a relaxed pose with notable International personalities, giving the impression that he was a friendly person. The foreign policy of the People’s Republic of China during the Maoist era attempted to present a broad united front to the world. The cards are all surrounded by a red kitschy border and four indices, with captions in Chinese and a date; the latest date is 1974. The reverse shows Mao reading a letter against a bright sun. 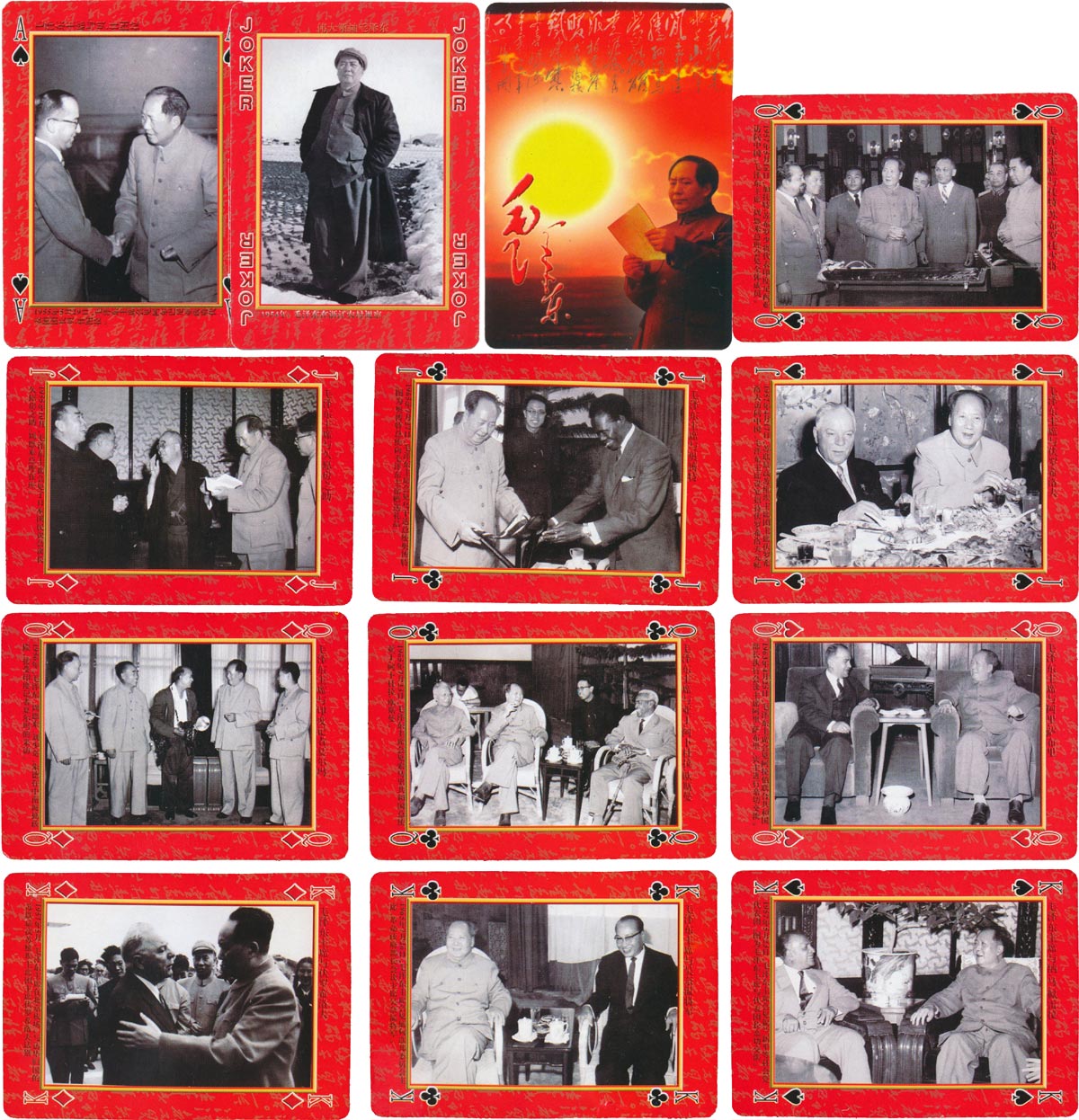