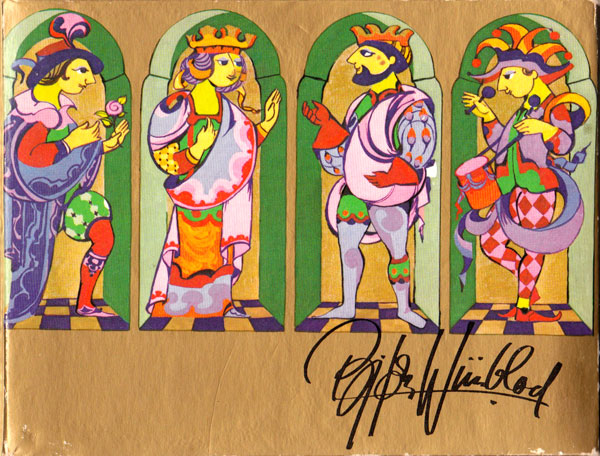 Danish artist and designer Bjorn Wiinblad (1918-2006), who is probably best known for his ceramic work for Rosenthal and Nymolle porcelain company, designed these colourful playing cards which were produced by Piatnik in the late 1970s. The four figures shown on the box (left) are full-length, but the playing cards inside the box, except the three Jokers, are double-ended designs. Also, the colour schemes are subtly different for each suit.

Amongst various exhibitions and awards, Bjørn Wiinblad was named Man of The Year in New York in 1985 and was awarded the American-Scandinavian Foundation Cultural Prize in 1995  Bjørn Wiinblad website→ 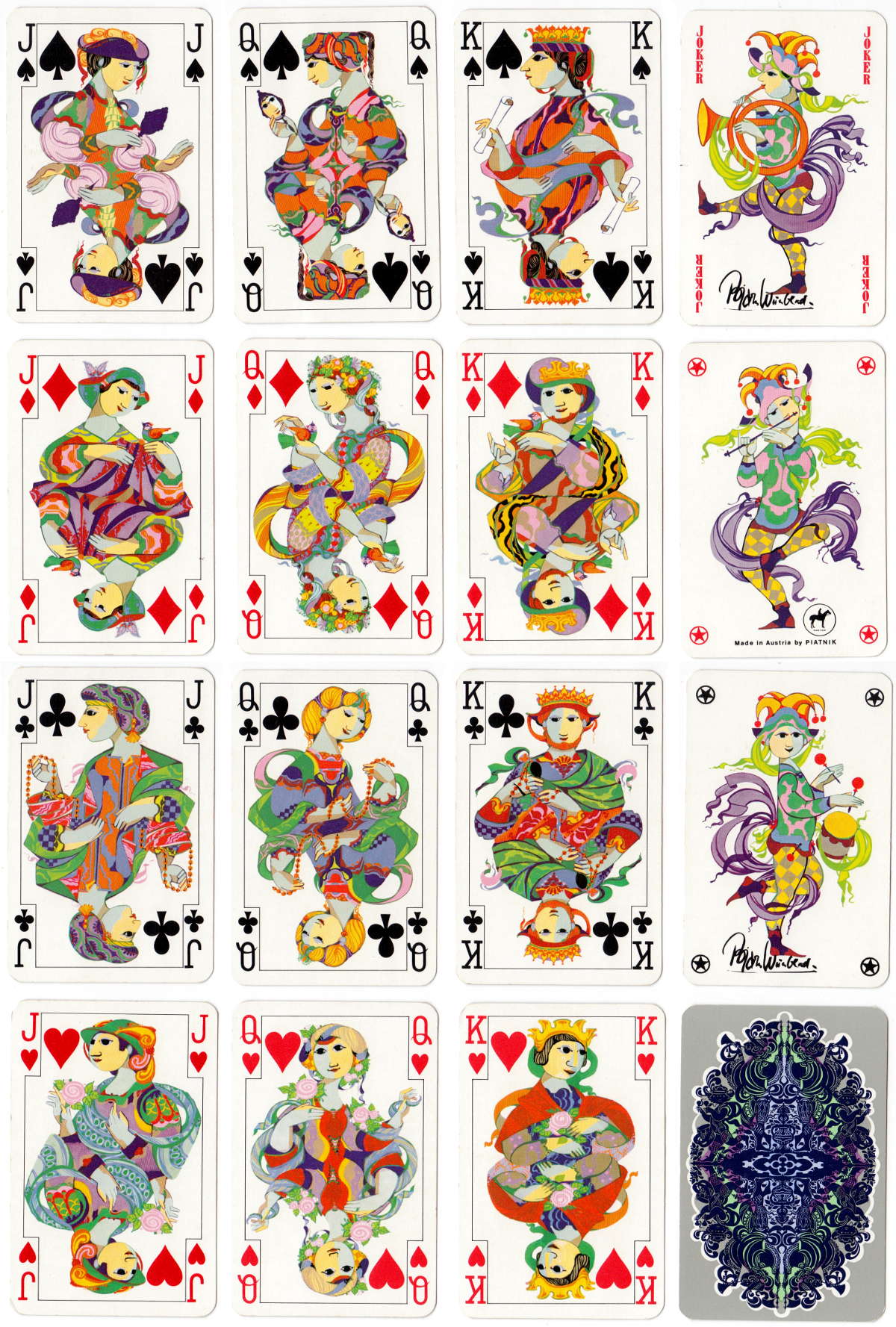