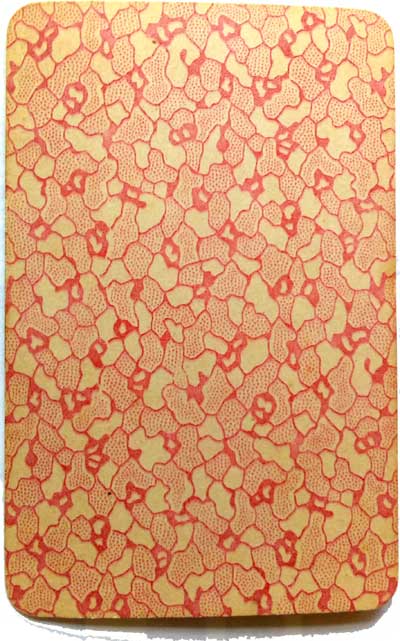 Parisian style Spanish deck made by B.P. Grimaud for export to Uruguay, based on a version of the old Spanish National pattern exported to South America during the nineteenth century. The pattern features a sea monster on the four of coins and the tethered hound on the jack of coins is another characteristic. The ace of batons is grasped by a hand. These decks were subsequently published in Uruguay by Camilloni Ltda and M.C. de Casabó S.A., subtitled ‘Tipo Francés’ or ‘Estilo Paris’. 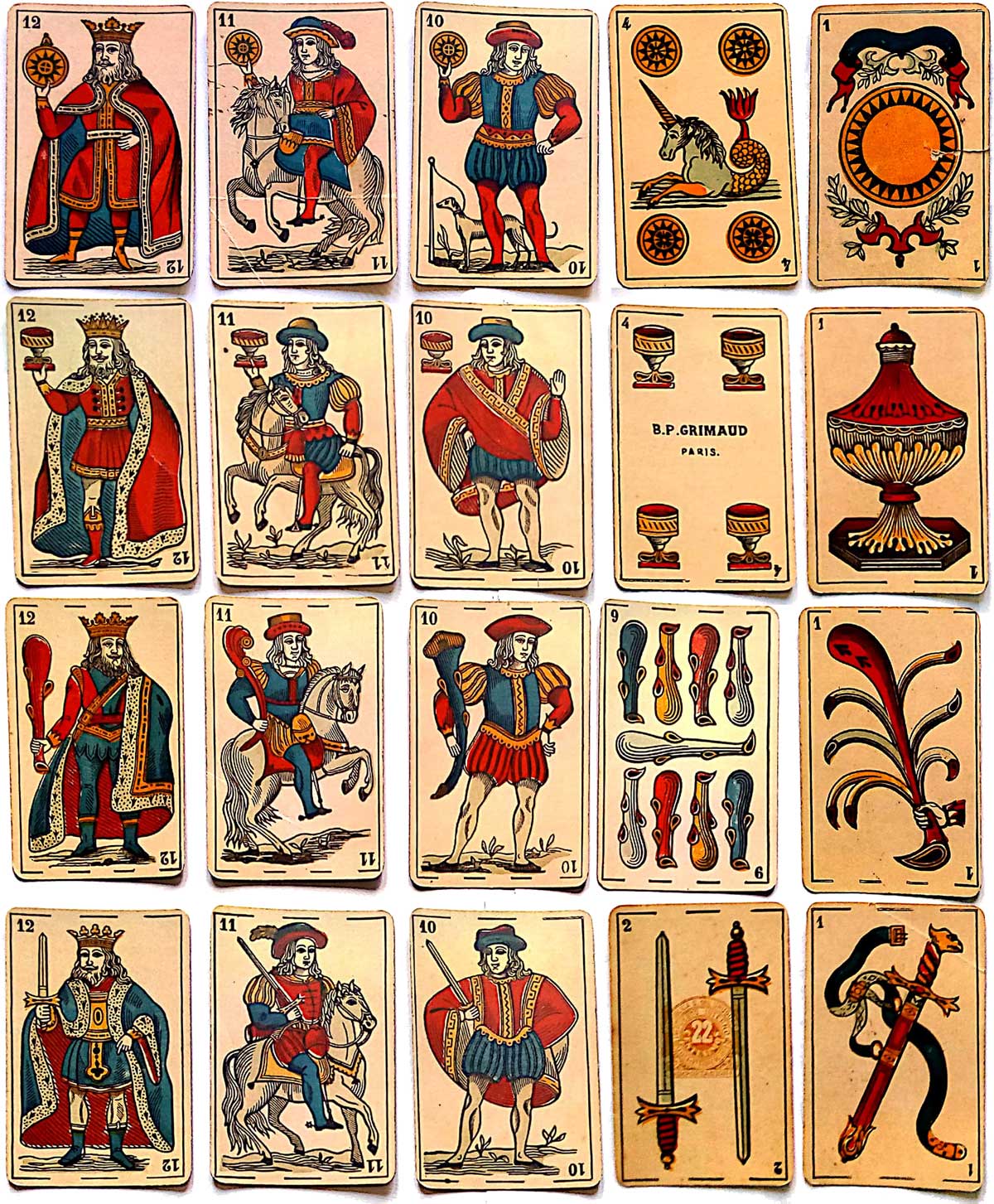 Above: a Parisian style Spanish deck made by B.P. Grimaud as indicated by the four of cups. 48 cards. The importation tax stamp on the two of swords suggests a date somewhere between 1919-1949. Click image below to zoom. 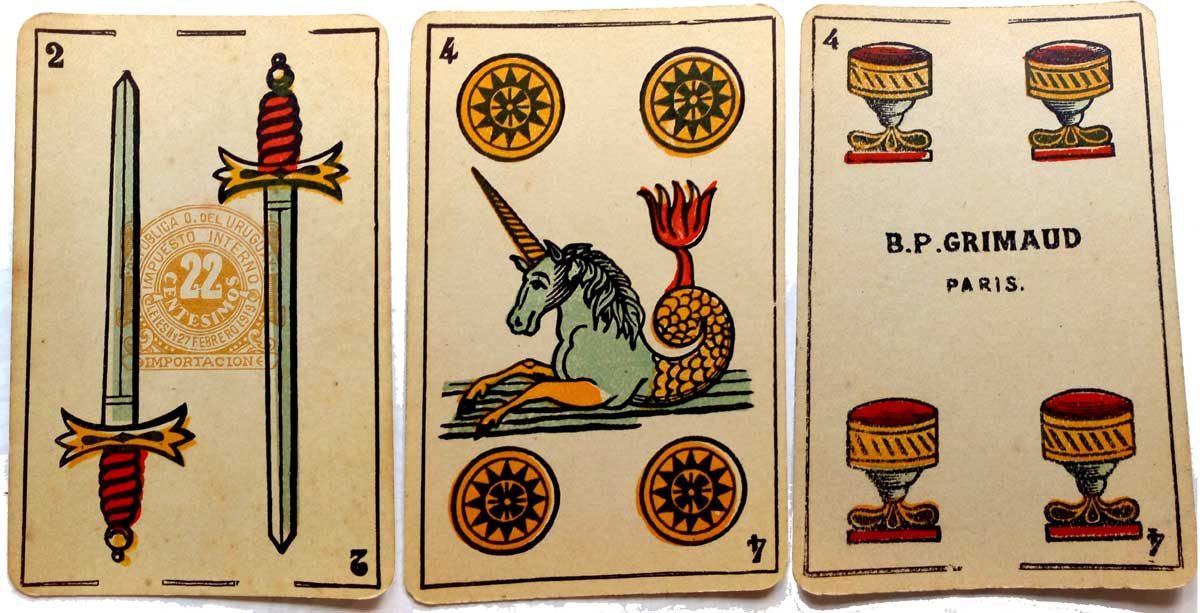