Naipes Tatú - 'Parisian' Spanish pattern following designs made in France for export to South America during the 19th century. The sea monster has been omitted from the four of coins but in other respects the designs are consistent with earlier examples. Rounded and gilded corners, manufactured by Fabrica de Naipes M. C. de Casabó S.A., Cuareim 1885, Montevideo, Uruguay, c.1956

In 1992 the company name became simply Casabó S.A. Market pressures during the 1990s have led to Naipes Tatú being printed by Naipes Comas (Spain), since 2001 by Justo Rodero (Argentina) and since 2007 by Joker S.A. (Argentina). 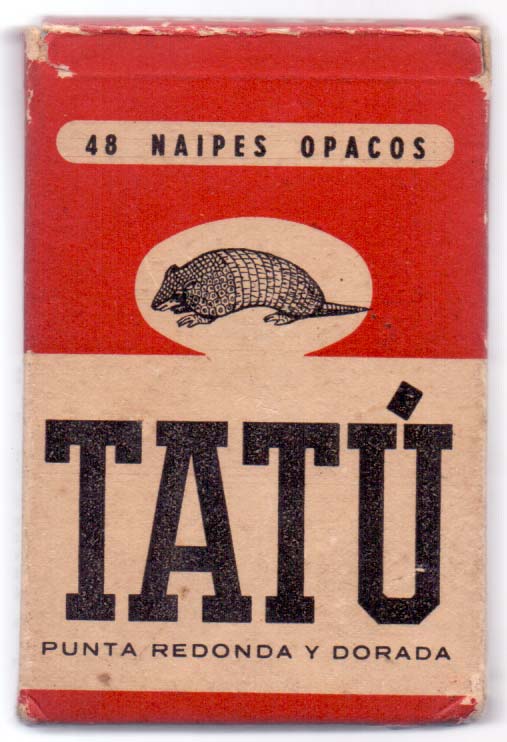 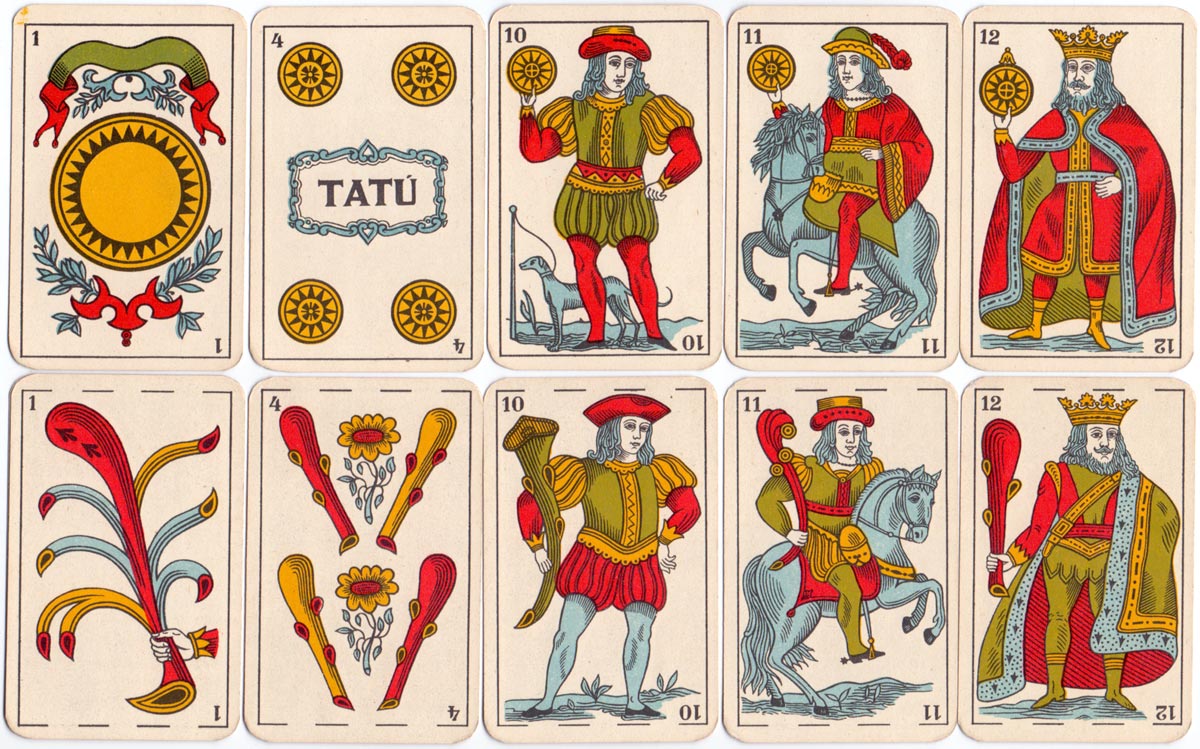 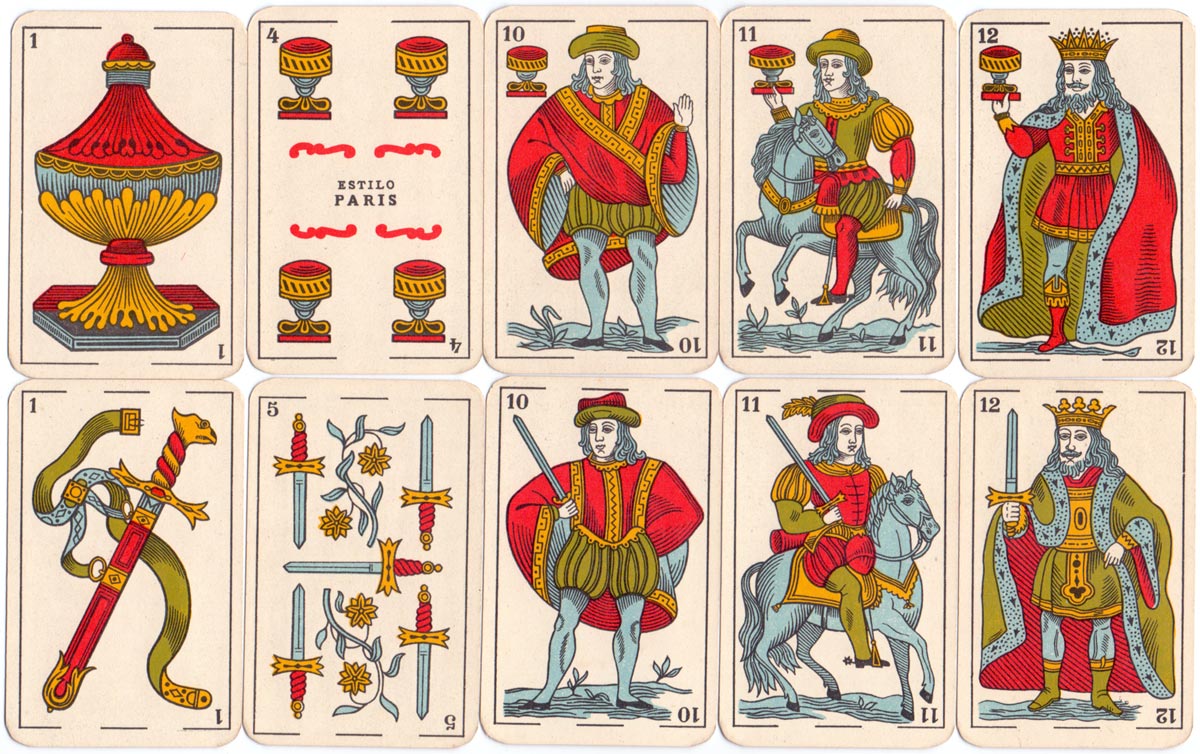