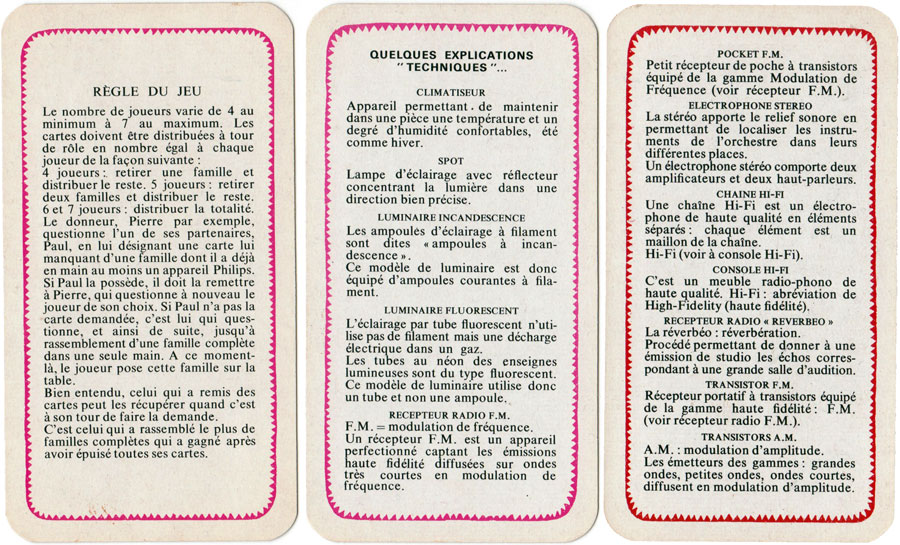 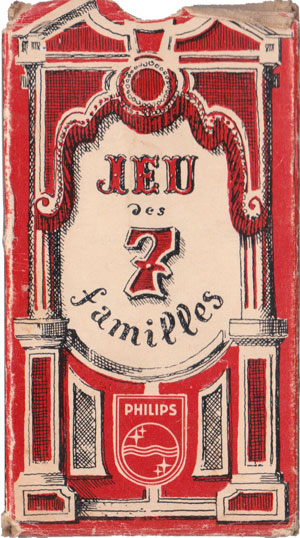 Above: the box. The back has a blank panel for retailers to insert their own address. 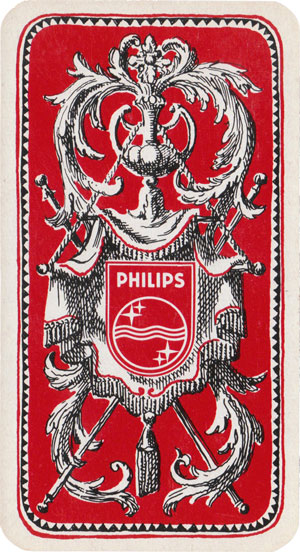 Above: the reverse. The complete set contains 42 cards plus a rules card and two extra explanatory cards, all written in French. All images courtesy Rex Pitts.

While Philips' first product was manufactured in 1891, the first product that would fit in the Consumer Electronics division was a television, experimentally manufactured in 1925. In 1927 Philips began producing radios. Only five years later Philips had sold one million of them. Another major product release came in 1963, the Compact Cassette.  [Source Wikipedia] read more →