A vintage Watney's Coombe Reid & Co Ltd promotional card game distributed by the brewery to their customers in c.1930. The backs have the famous red barrel. The families are: the Barrels, the Cheerilads, the Combes, the Hops, the Reids, the Stouts, the Watneys and the Malts.

Although the 1920s was a decade of optimism after the Great War, the Great Depression made the 1930s a difficult time. In Britain unemployment was widespread. As we see from these images, the woman was the homemaker and had a hairdo, and the man worked. The generation of children who grew up in the 1930s would go on to fight in World War II. They had their share of hardships and built strong values of hard work. 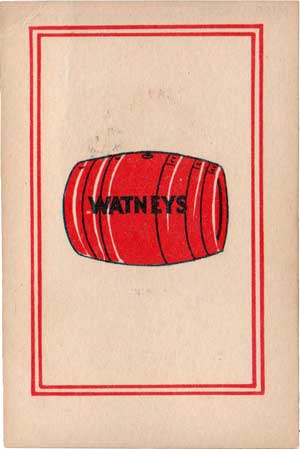 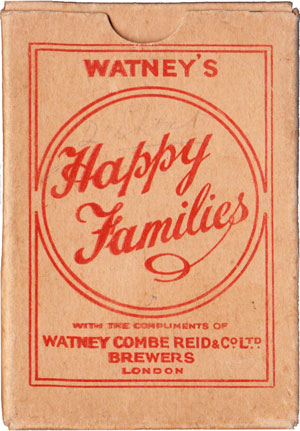 Above: Watney's Happy Families, with the compliments of Watney Coombe Reid & Co Ltd Brewers London, 1930. 32 cards. The rules are printed on the reverse of the box. Images courtesy Rex Pitts.