The back design shows the Arms of the Company, the City of London and the Master, together with a portrait of the Master and in the background the dome of St Paul's Cathedral and the date. The courts represent the Royal costumes of the four reigns in English history, which were also published as Goodall’s “Historic” Playing Cards► 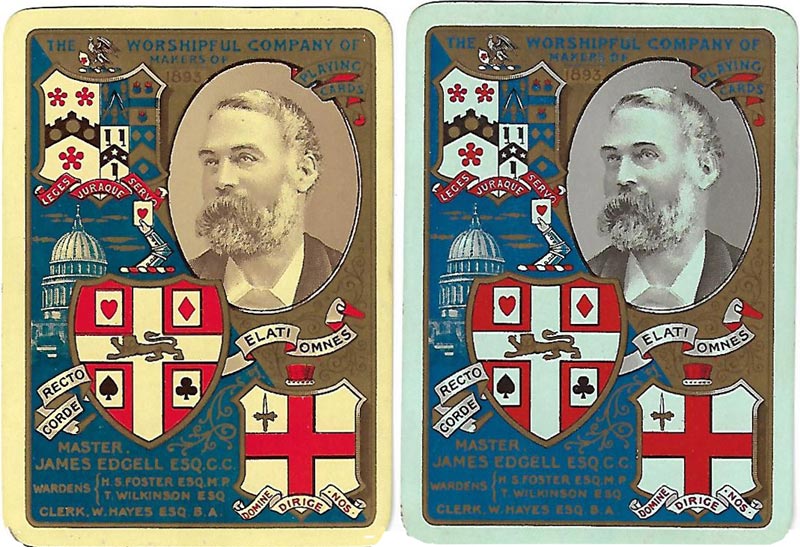 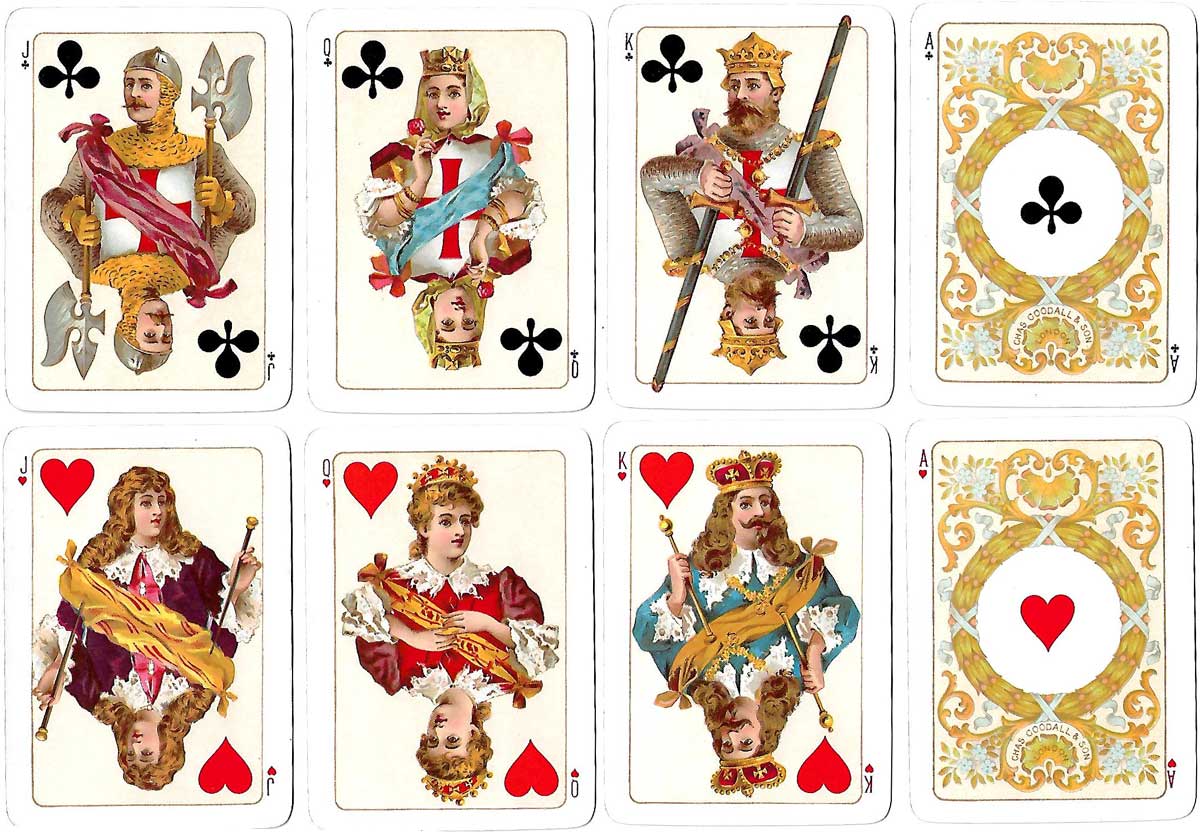 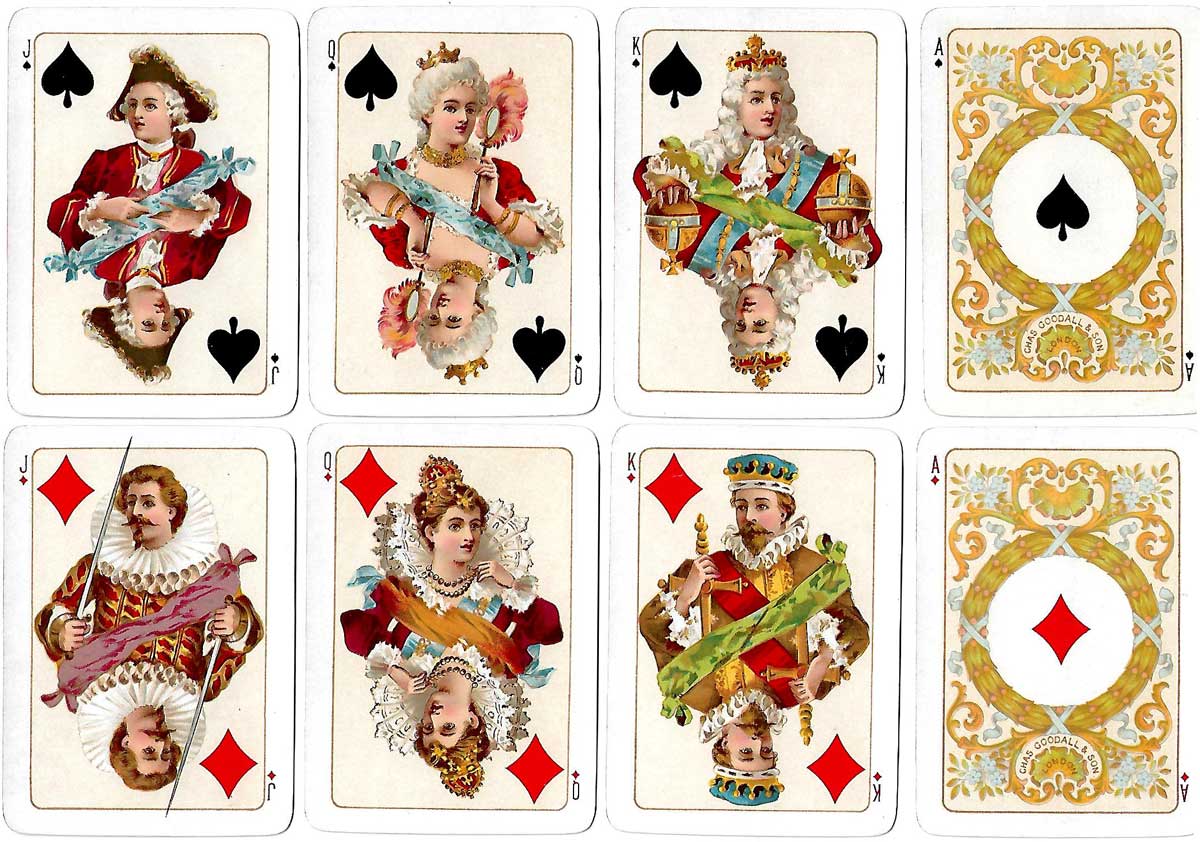 Above: Worshipful Company Pack manufactured by Chas Goodall & Son, 1893. From the collection of Rod Starling.

Variations in the colour of earlier designs may be discovered due to reissues by different manufacturers at later dates.

In 1888 the Master referred to the sale to the public generally by Goodall & Son of the packs of cards presented in past years at the Inauguration Banquets, and he stated the steps that would have to be taken to prevent this happening again in the future. Two designs of cards were submitted by Goodall & Son for the Banquet but it was resolved to invite designs from other makers.

Thorpe, John G: The Worshipful Company of Makers of Playing Cards of the City of London, WCMPC, London, 2001, page 38.