Right: the back design and the box. Click to zoom→

A magnificent example of Goodall & Son's range of chromolithographed commemorative playing cards from the late nineteenth century, the four Aces in this “Nineteenth Century” pack show the flags of Russia, France, Germany and Italy. The court cards feature monarchs and statesmen from those countries whilst the back design has medallion portraits of George III, George IV, William IV and Queen Victoria. 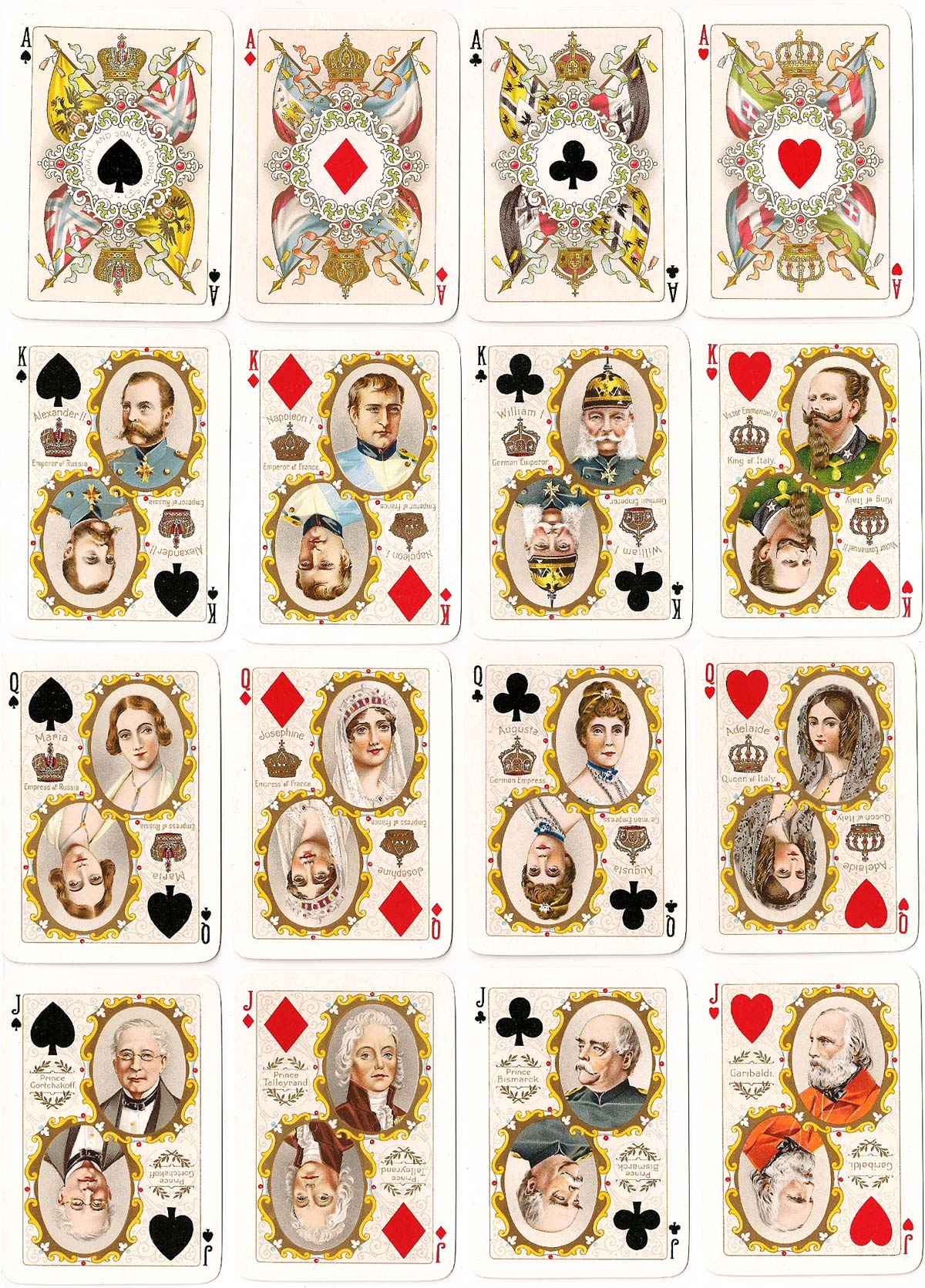