Imre Sebök (1906-1980) was a respected Hungarian painter, graphic artist, book illustrator and was one of the first Hungarian comic artists. In addition to producing illustrations for newspapers and fiction works he also illustrated magazines, posters and this deck of playing cards featuring 53 paintings of lusty female figures. Although rather blurry, Sebök’s signature is visible on most cards. 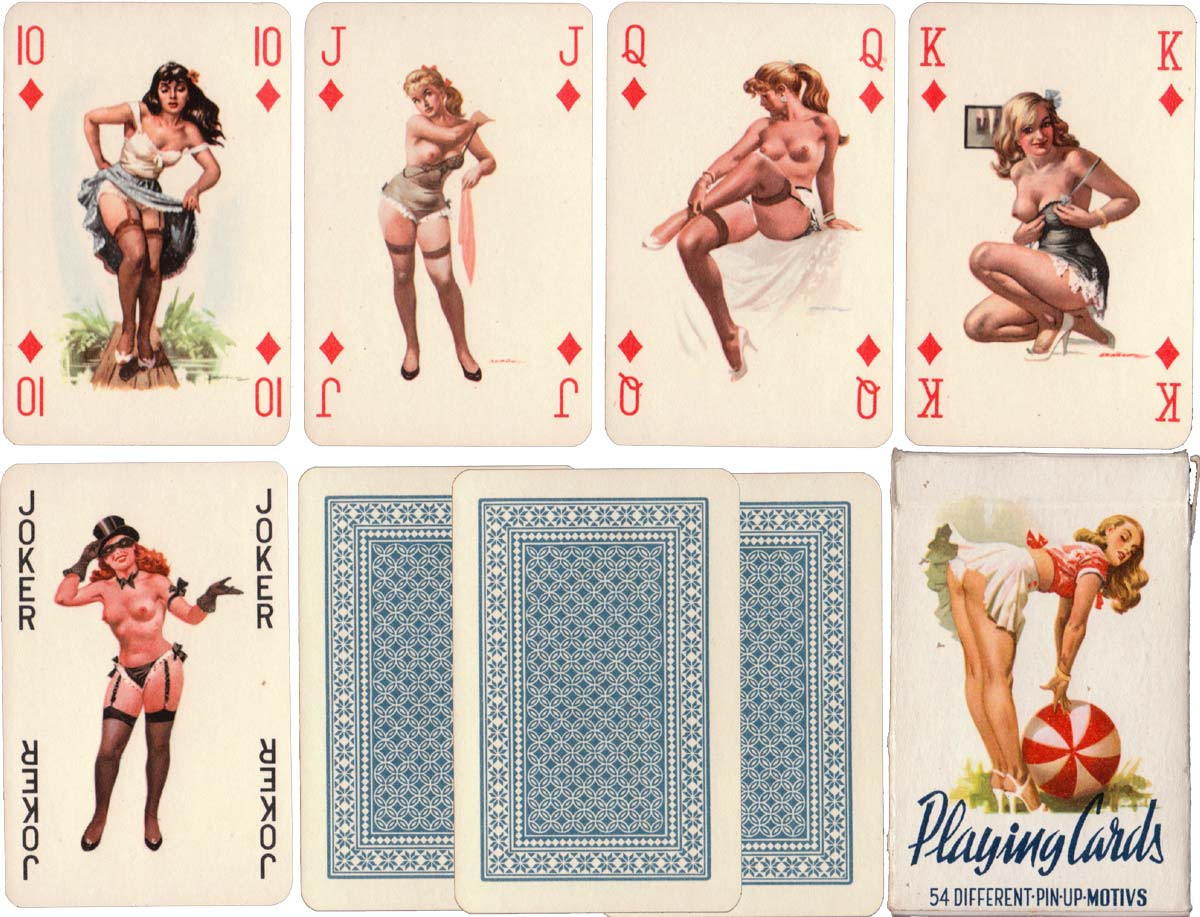