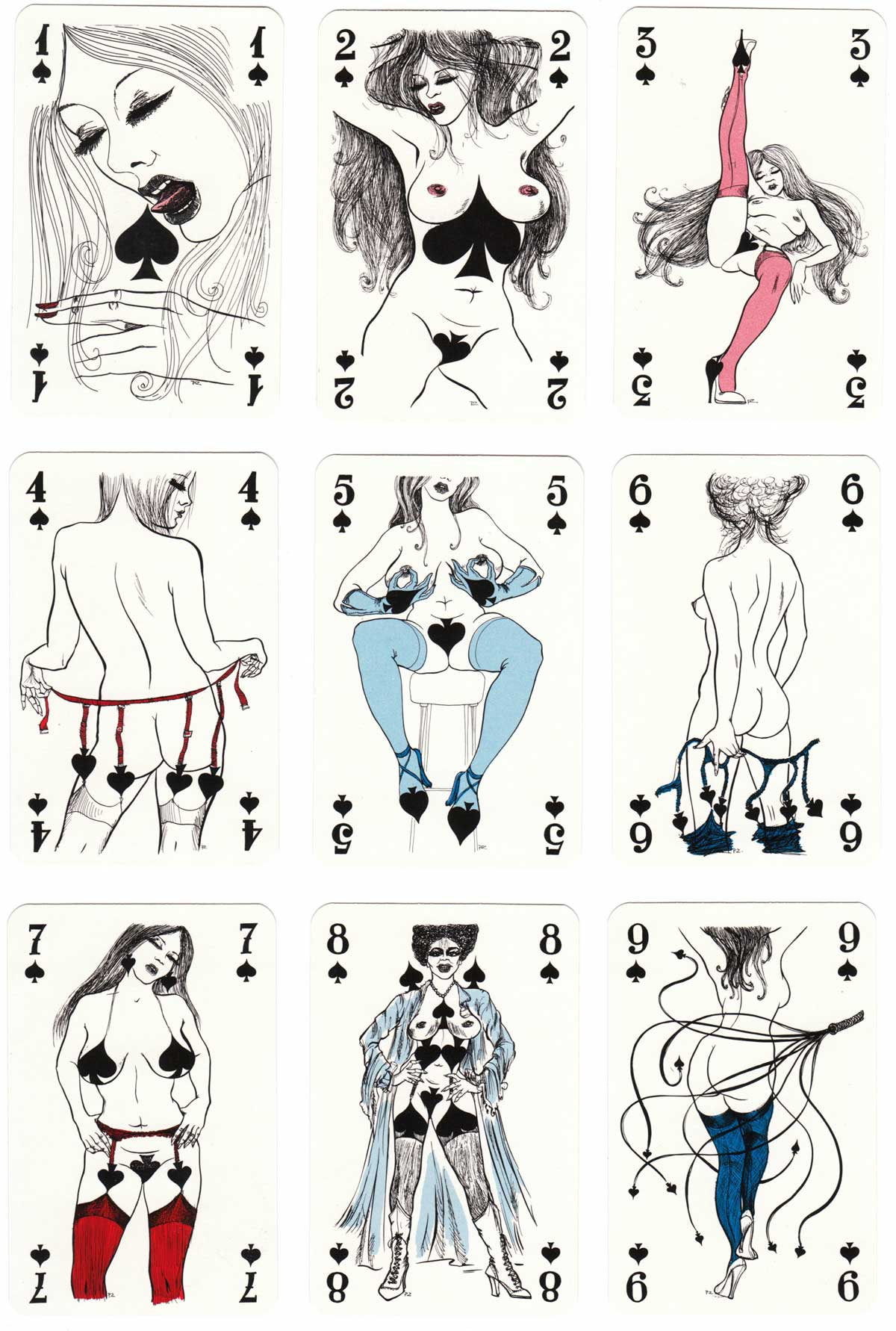 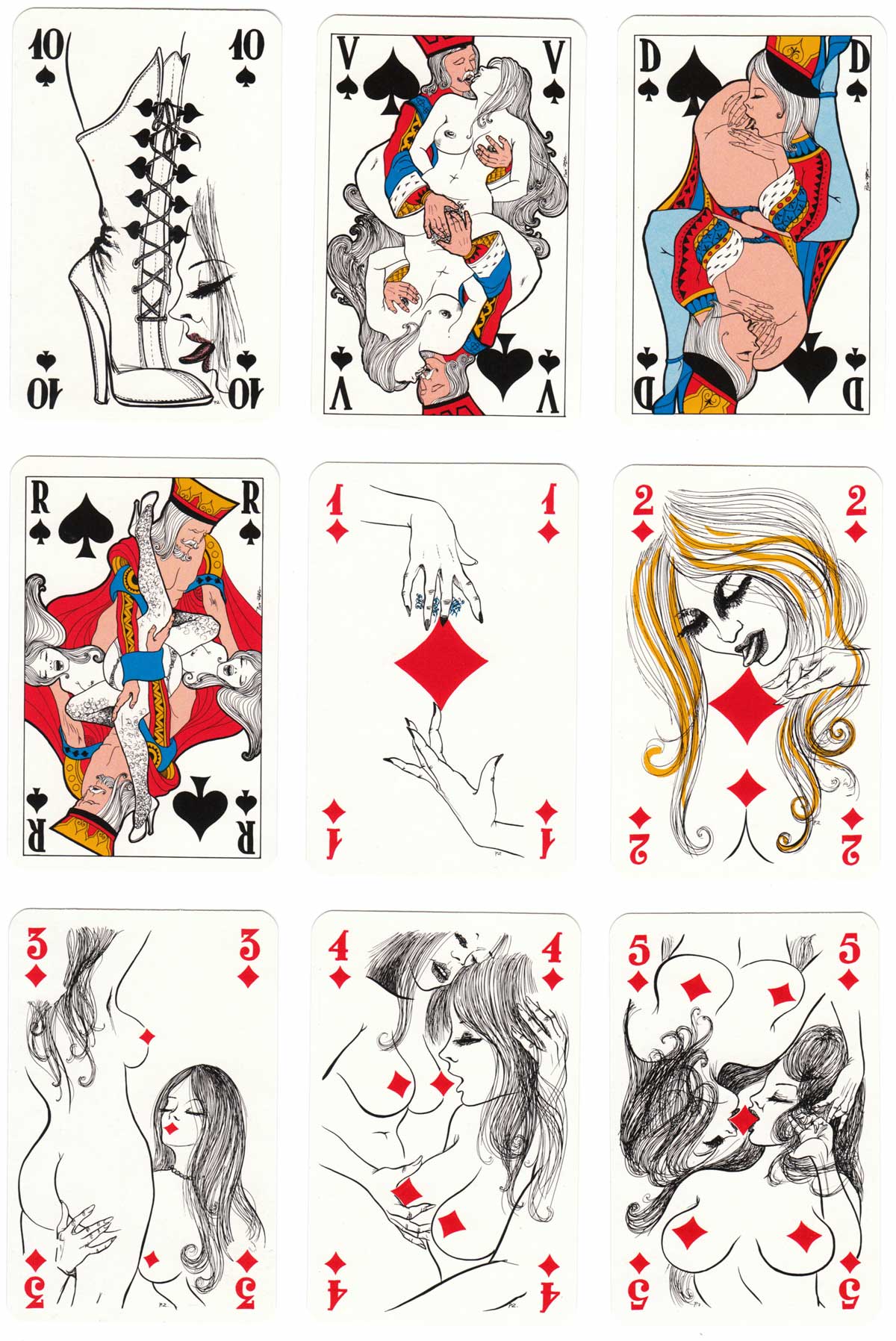 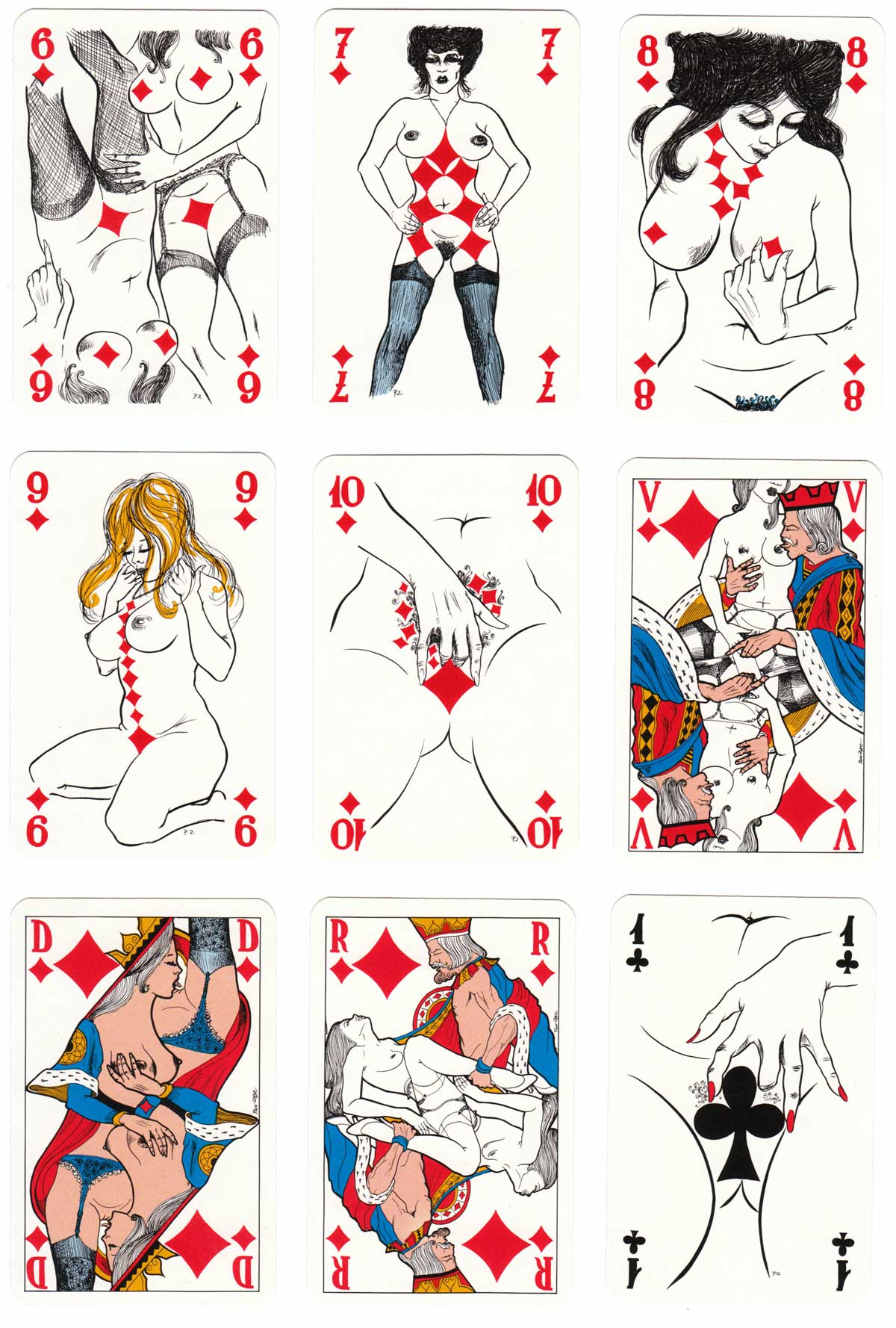 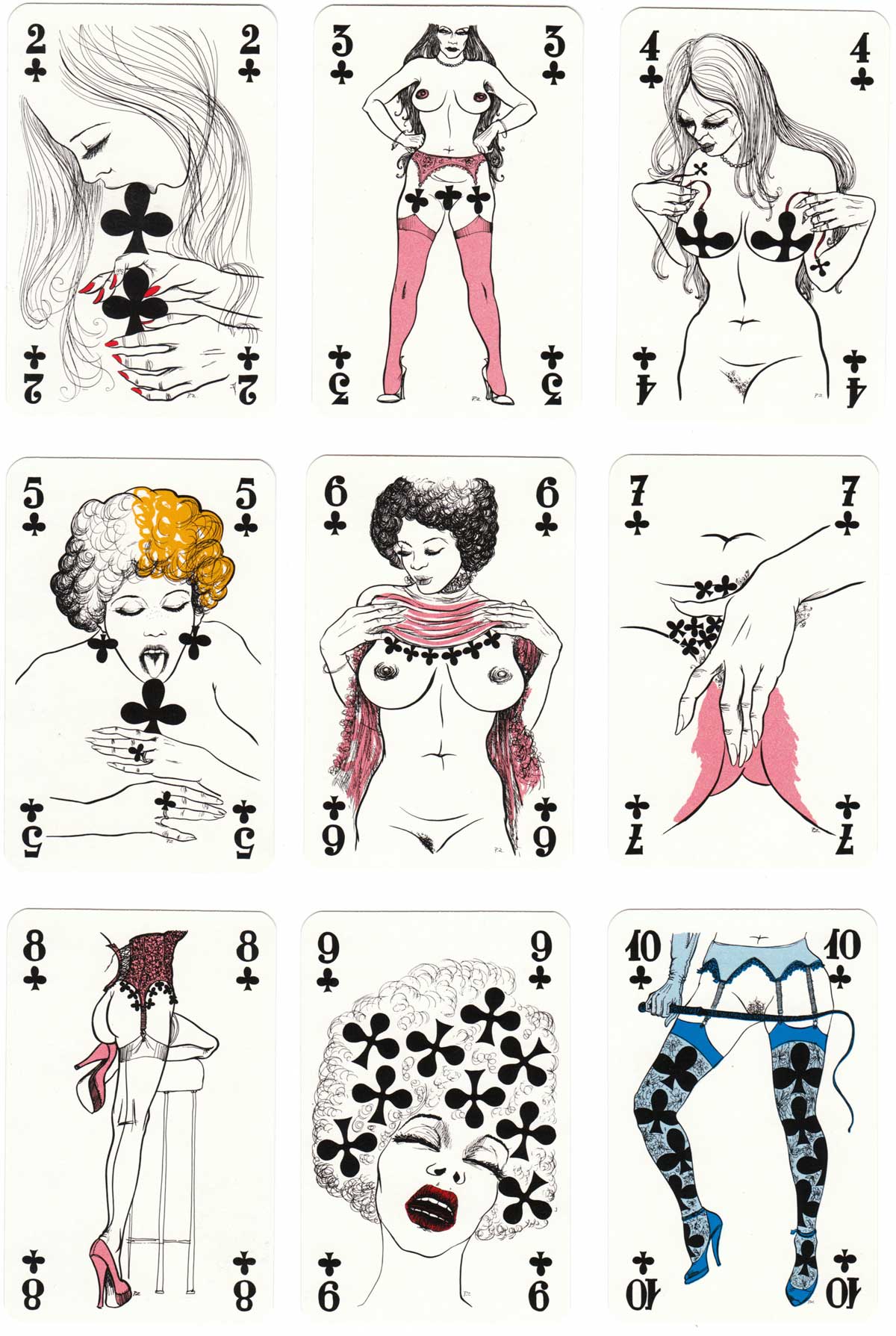 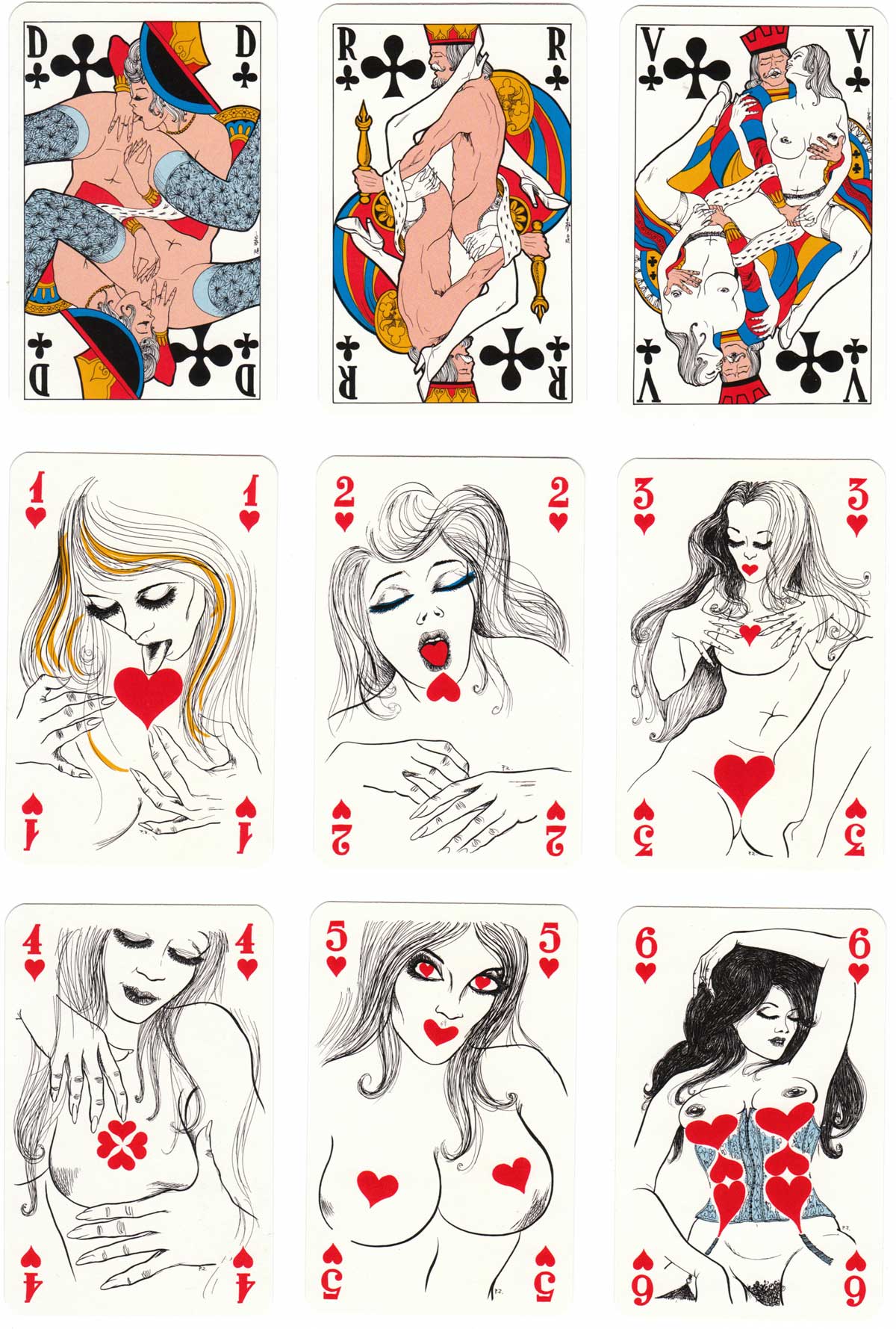 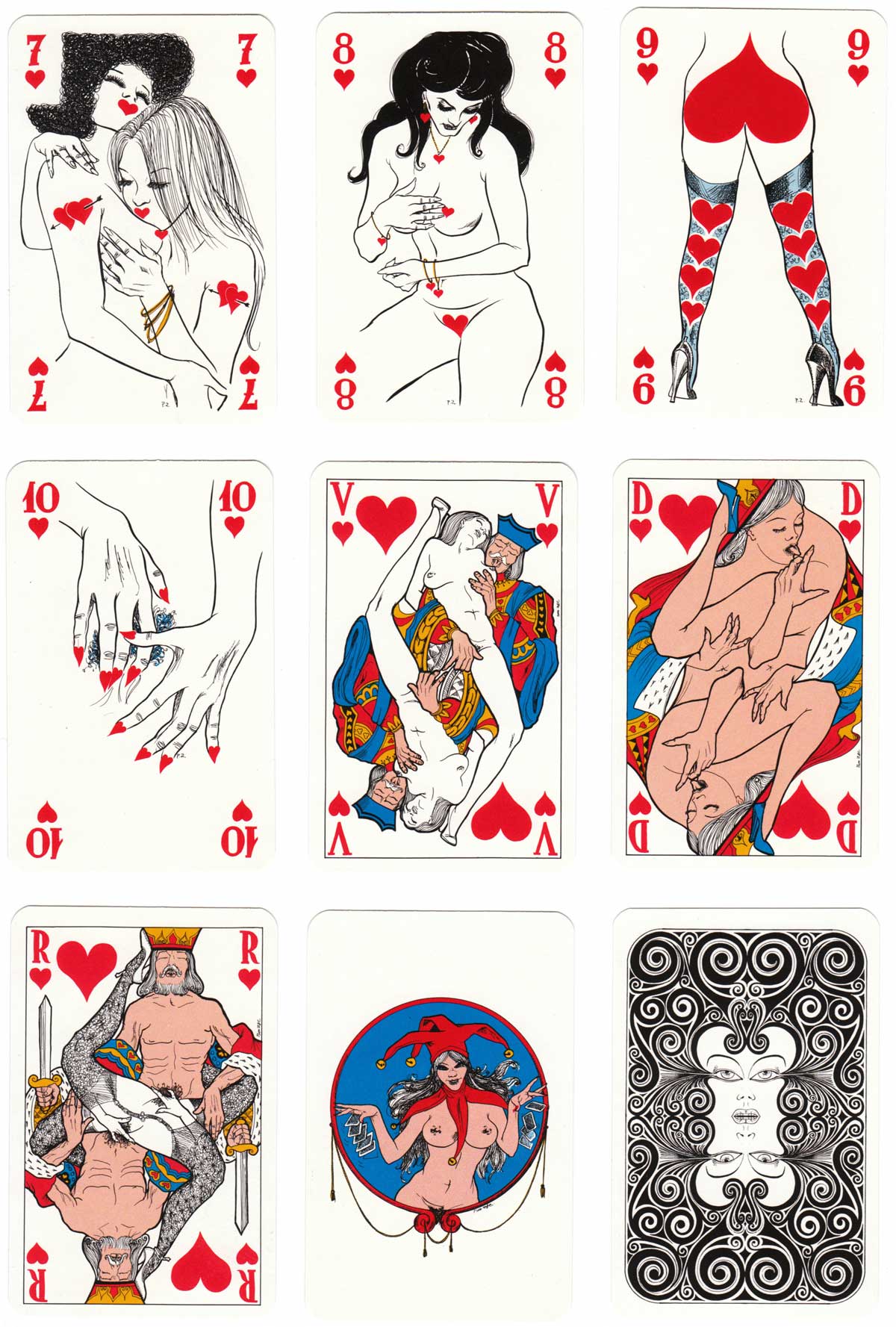 Above: Eroticartes with drawings by Pino Zac, published by J-M Simon (France Cartes), 1983. 52 cards plus 2 identical jokers in box.