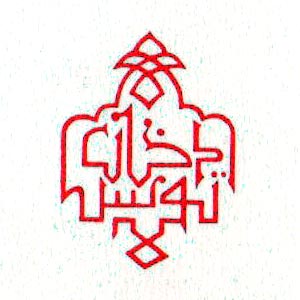 Artex Quadrilato No.333 for Tunisia

Playing cards in Tunisia have followed French influence. These Belgian/Genoese type playing cards are based on the French Paris pattern produced by Grimaud in late 19th century, but with green replacing the usual blue. The Jack of Clubs has a triangular shield whose design resembles the coat of arms of the former Spanish Netherlands. Grimaud's pattern was used in casinos in Belgium, Spain & South America, and had also been extended into the Ottoman Empire, the Balkans and the Mediterranean from Algeria to Syria. It is also known in Turkey. It is gradually being replaced today by the Anglo-American pattern. 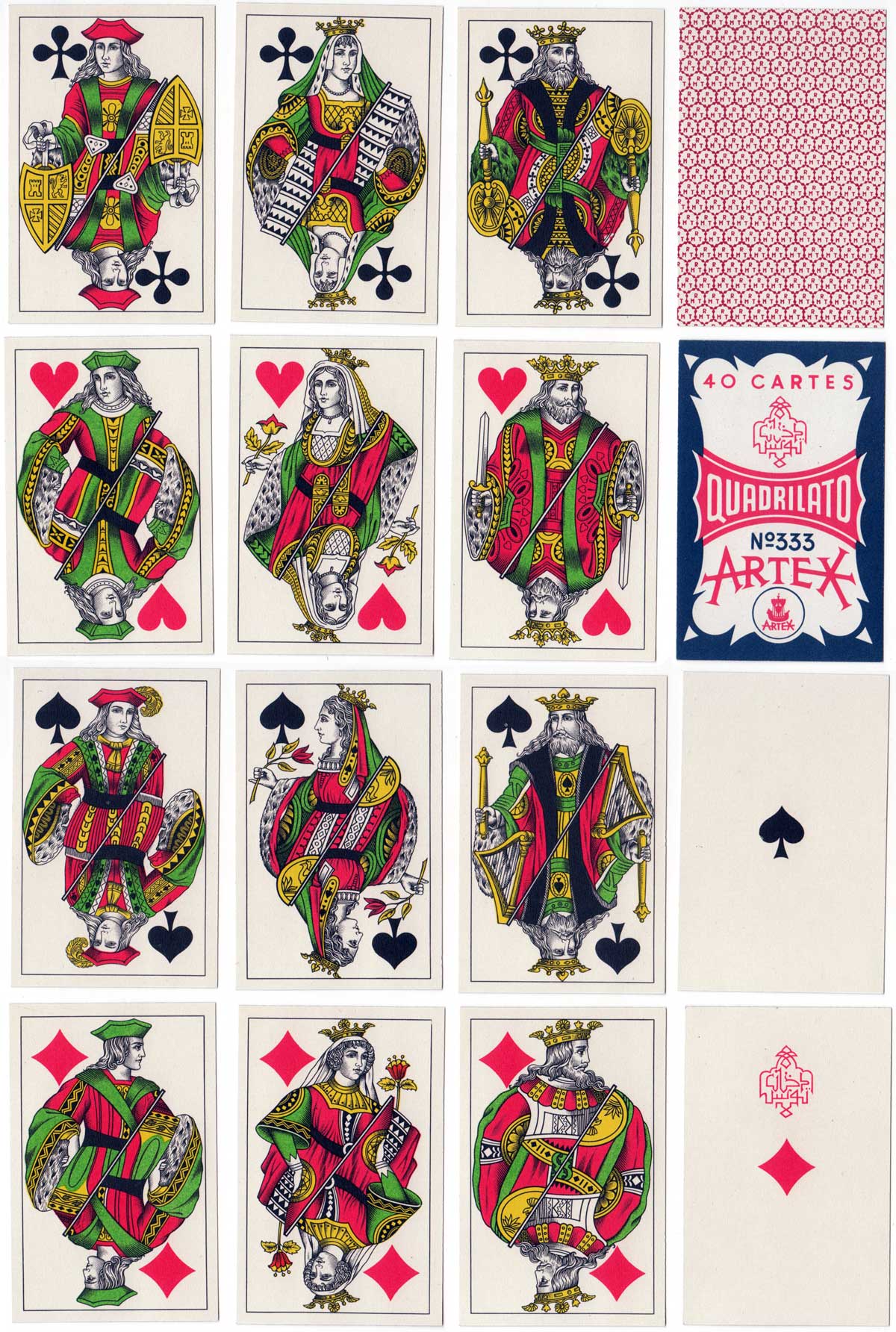 Above: Artex “Quadrilato No.333” Genoese style playing cards for Tunisia, 40 cards, square corners, c.1970. The Arabic imprint on the Ace of Diamonds refers to the Tunisian tobacco and playing card monopoly, while the letters 'RMT' on the backs signify 'Régie Monopole Tunisie'. “Artex” was the export brand name used by Játékkártyagyár és Nyomda (Playing-Card Factory and Printing House) after Piatnik pulled out of their Budapest branch. Images courtesy Rex Pitts.