“I was delighted when I was approached by the Isle of Man Post Office for help with their proposed issue of a set of stamps featuring IOM souvenir playing cards with scenic views of the Island. These cards were published in the second half of the 19th century, some of the first of this type to be produced worldwide; several of the packs were designed and printed by my family’s old company, Charles Goodall and Son of London. The designers are to be congratulated in having produced a gorgeous and elegant set of stamps with the IOM views clearly recognisable in such a small space” - Mike Goodall 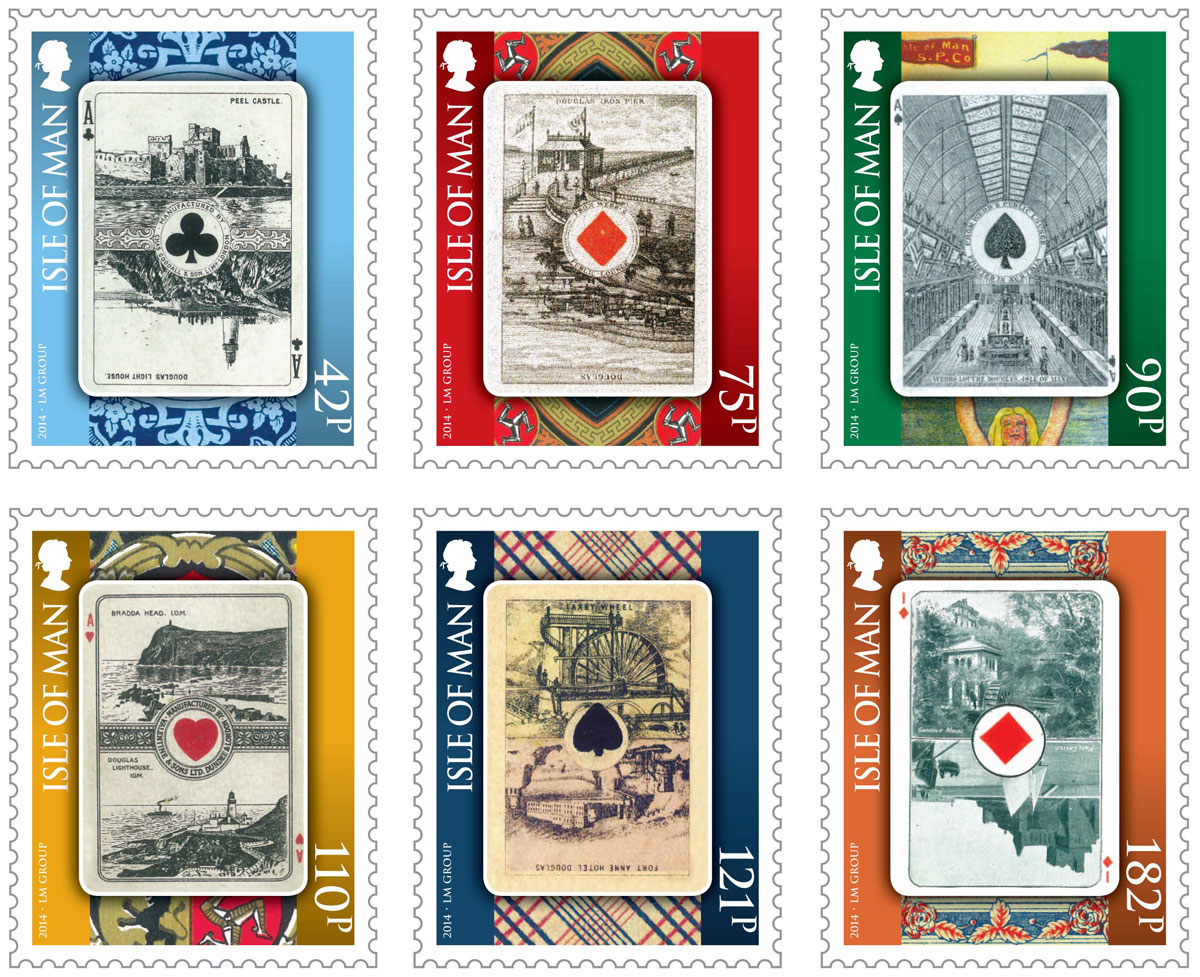 Above: six full colour stamps issued by Isle of Man Stamps & Coins on 8th August 2014 featuring antique Isle of Man playing cards. Each stamp measures 32 x 40mm, printed by offset lithography in 4 colours. The scenes depicted, from Bradda Head to Laxey Wheel, are set against a background corresponding to the rear of the original cards, giving a complete representation on every stamp. Stamps are obtainable from: Isle of Man Stamps & Coins. Original playing cards from the collection of Mike Goodall.