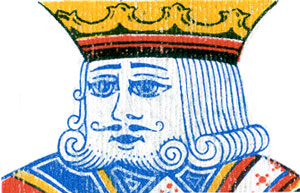 One of the more obscure British playing card makers, the company was founded in 1908 as the printing division of the Brooke Bond Tea Company in Reading. Much of their work was for the parent company, in particular tea packets, and in the 1920s litho printing machinery was introduced. In 1932 the company moved to new premises and the occasion was marked by the production of their first pack of playing cards, the backs of which featured a picture of the new factory. Further packs were produced, mainly with advertising backs but also some standard packs. Production of playing cards seems to have ceased with the outbreak of World War II. After the war, the company expanded its output of packaging materials and in 1954 they commenced printing vast quantities of insert cards for Brooke Bond tea packets. 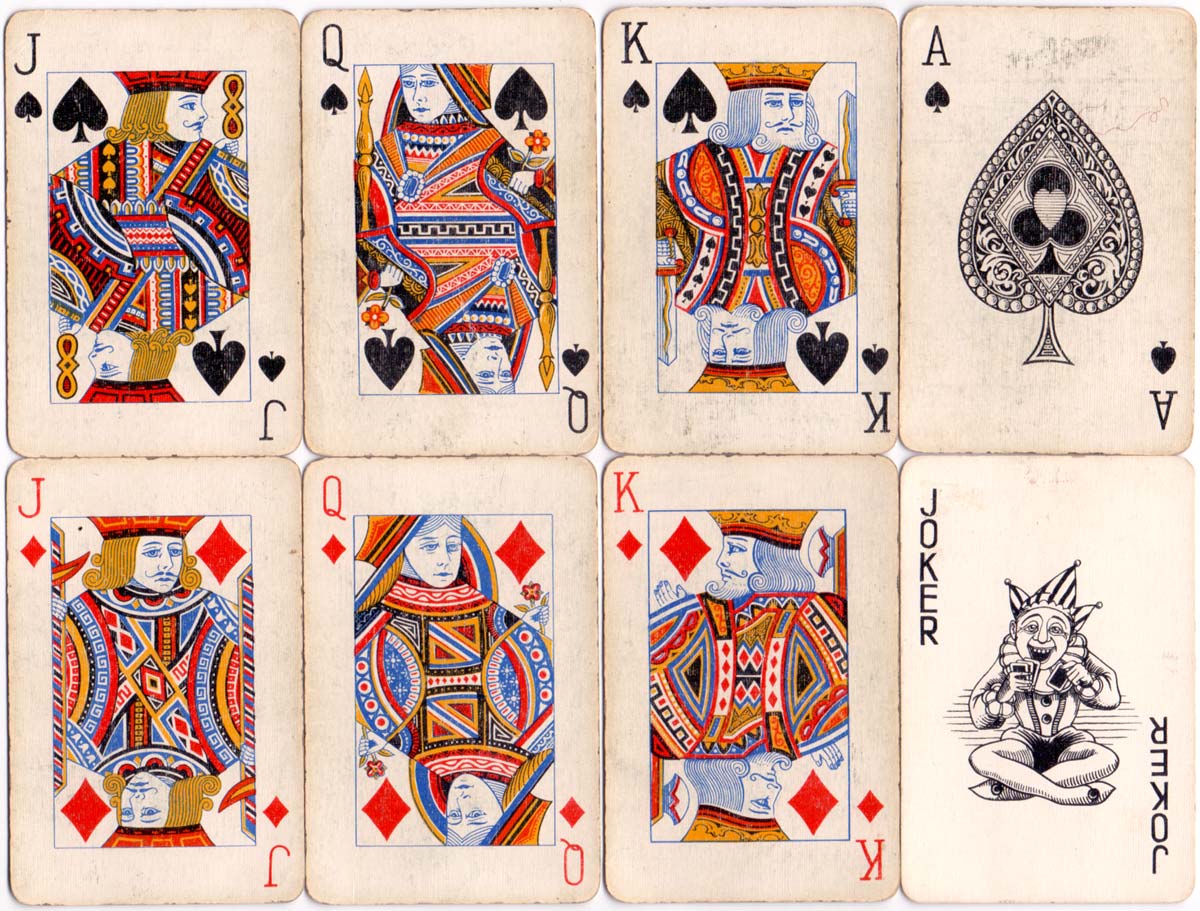 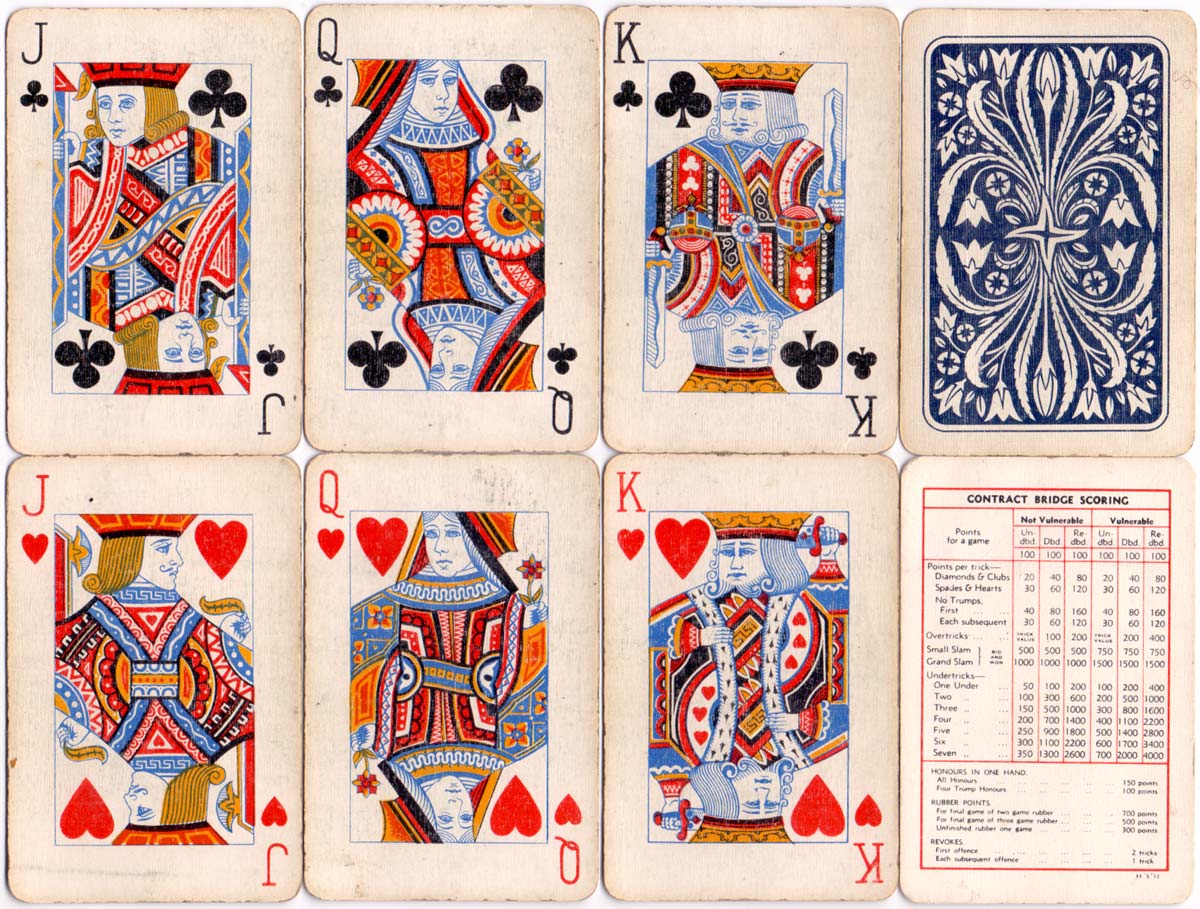 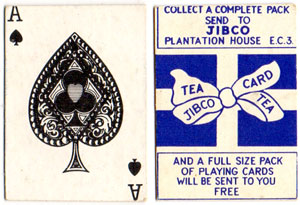 Above: pack of standard playing cards manufactured by The Berkshire Printing Company Ltd., Reading, c.1935. The court card designs are similar to those of Waddingtons. Several back designs are known, including images of the printing works, dogs, formal patterns and breweries.   See also: Mike Goodall, "The Berkshire Printing Company Limited" in the Newsletter of the English Playing Card Society, May 1992, pp.48-49.

Mr Brian Hornsey wrote: "I am in possession of a gold Omega wrist watch engraved as follows: 'Presented to A.J. Nutt after 45 years with The Berkshire Printing Company Limited 1955'. I am curious to know who he was and what his position was in the Company." Any ideas?