Transformation playing cards designed by Adolfo Matarelli (1832-1877) and originally published by Lit. G. Payer, Florence, c.1860 with the title “Album”. Matarelli was a well known caricaturist who first illustrated Carlo Collodi's famous Pinocchio story. He was also a collaborator in the satirical magazine “Il Lampione”, founded by Collodi. The images in the intricately designed “transformed” playing cards are supposed to be street scenes, but are often allegorical or symbolic, suggesting a moral or political innuendo and resulting in a visually pleasing and intriguing transformation deck. 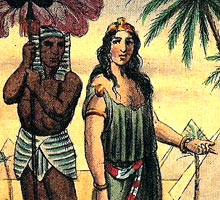 The 12 court figures are all standing in front of a background scene which enhances the sense of drama. 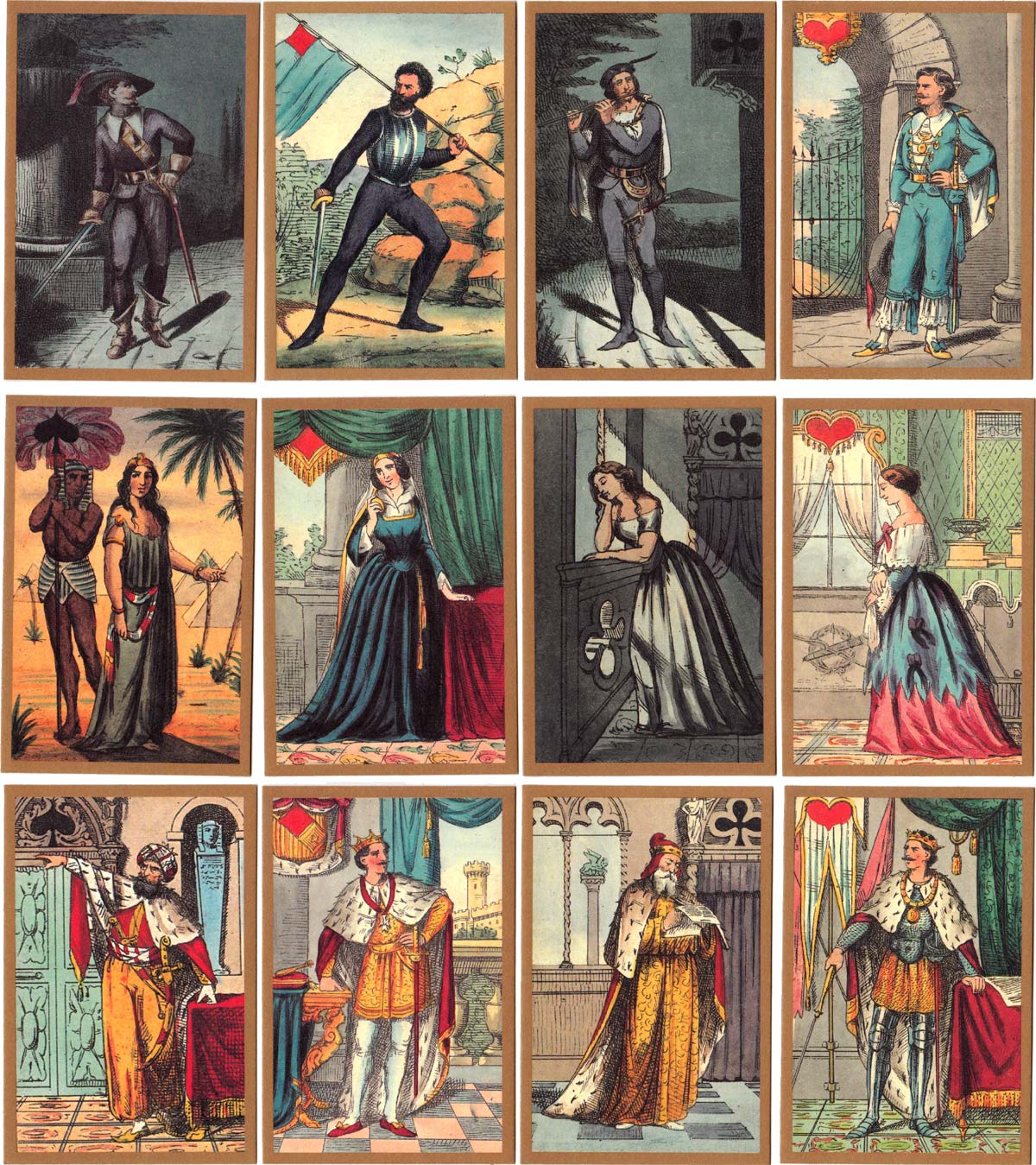 Above: the same cards in an uncoloured version reissued in a facsimile edition named 'Carte Comiche' published by Vito Arienti, Edizioni del Solleone, Lissone, 1982. The edition includes a title card and an information card. images courtesy of Rod Starling, author of "The Art and Pleasures of Playing Cards".