Boekenkwartet features illustrations from children's books. The game consists of 12 series of four cards each, that is 48 cards, with illustrations from the books on each card. Each quartet series has a group name (The Netherlands, Europe, Seas of the World, World Tours, Air Travel, Africa, America, Australia, Asia, Islands, Fantasy, International) and a letter in red at the top of the card, whilst the four book titles in each series are listed at the bottom. The aim is to collect as many complete series as possible. See the Rules► 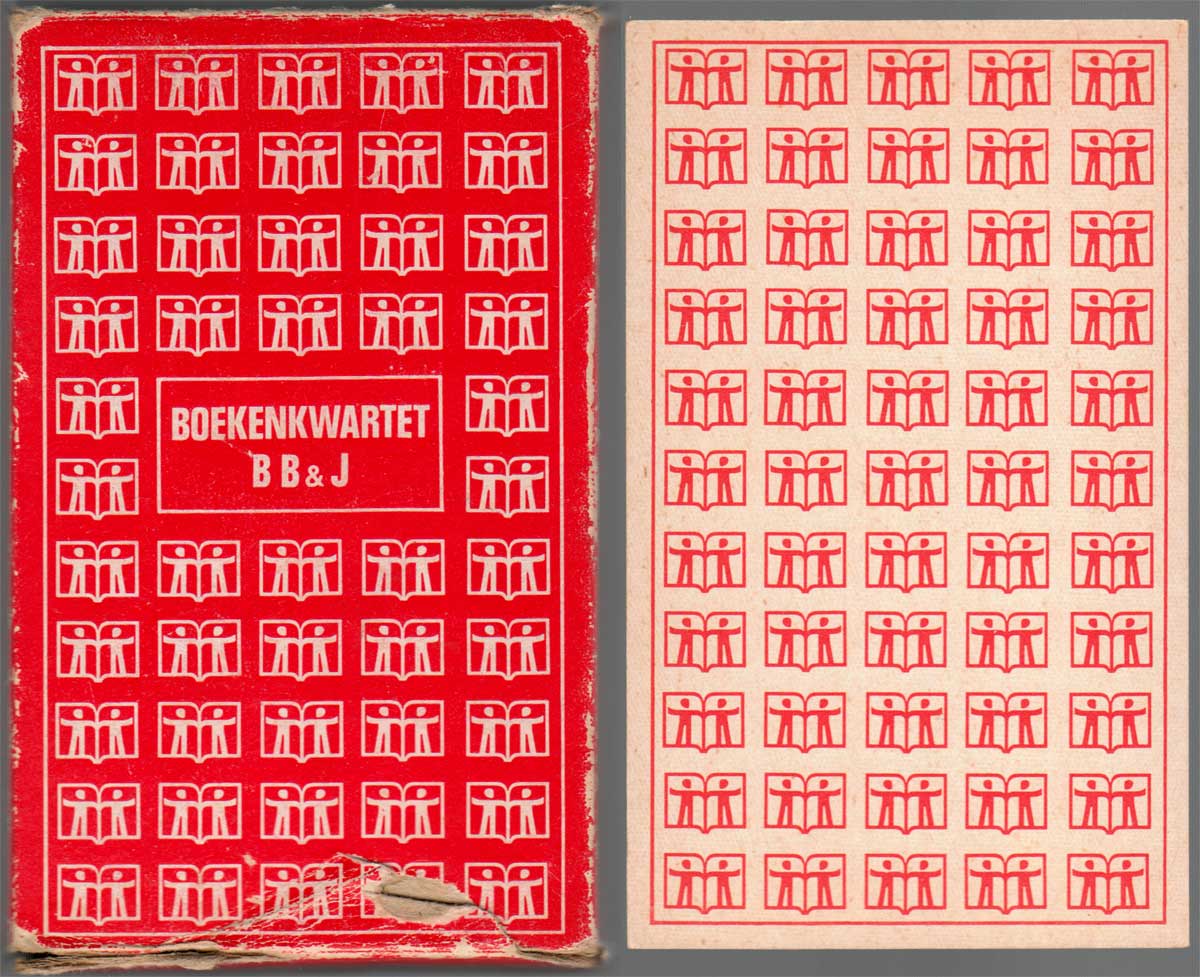 Above: the box and back design from Boekenkwartet, published by Bureau Boek en Jeugd (Book & Youth Bureau), The Hague, 1970s. 48 cards + rules in box. The names of the book illustrators are not credited.