The Spanish Navarra pattern was produced in The Netherlands by the Fouquet dynasty of card makers who had emigrated from France (Rouen) to Amsterdam in 1685 due to religious persecution. Rather than for export, this pattern appears to have been produced for the Jewish community living in the Low Countries. Sephardic Jews (“The Jews of Spain”) are a Jewish ethnic division who emerged as a distinct community on the Iberian Peninsula but suffered repeated persecutions by Catholics  more →

Around six manufacturers are known from the Fouquet dynasty, mostly named Jonas but also including Jordan Fouquet (1751-1807), the last one being Jonas Fouquet (1807-1818). In both the examples shown below, the cards are numbered from 1 to 10 and there are no ‘pintas’ (border breaks) as normally seen on Spanish cards. 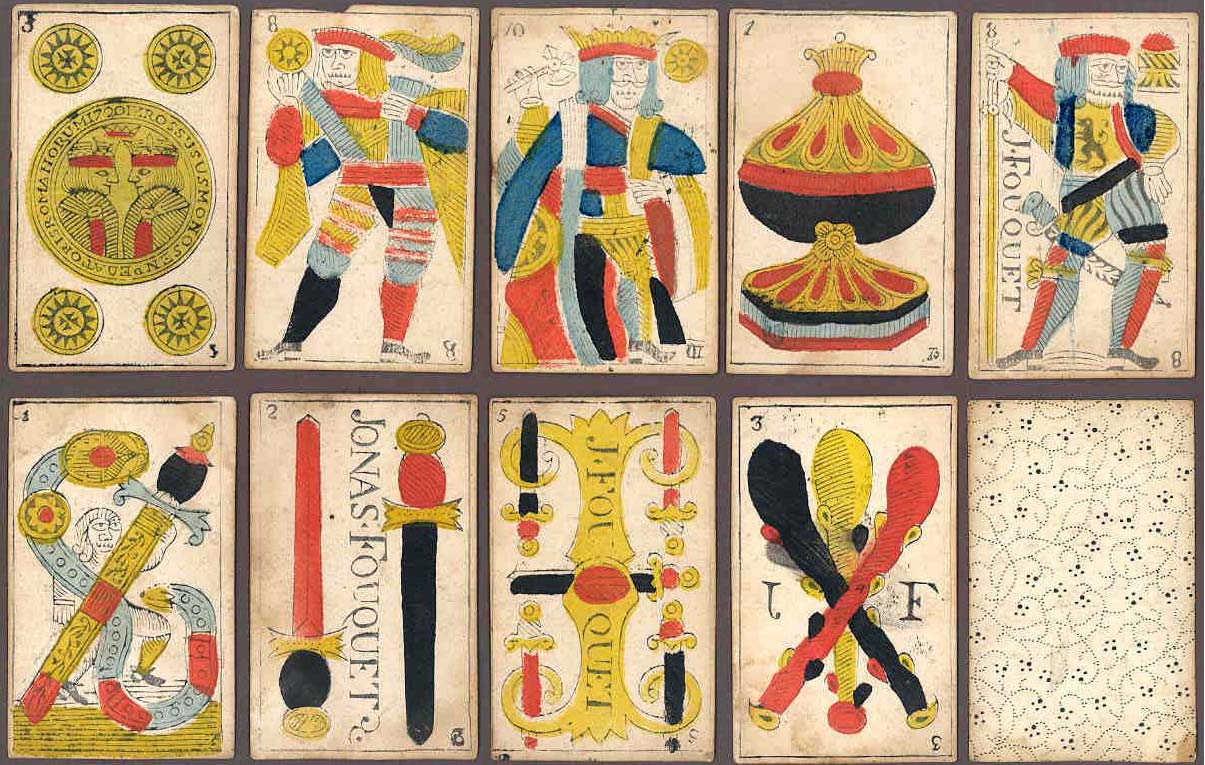 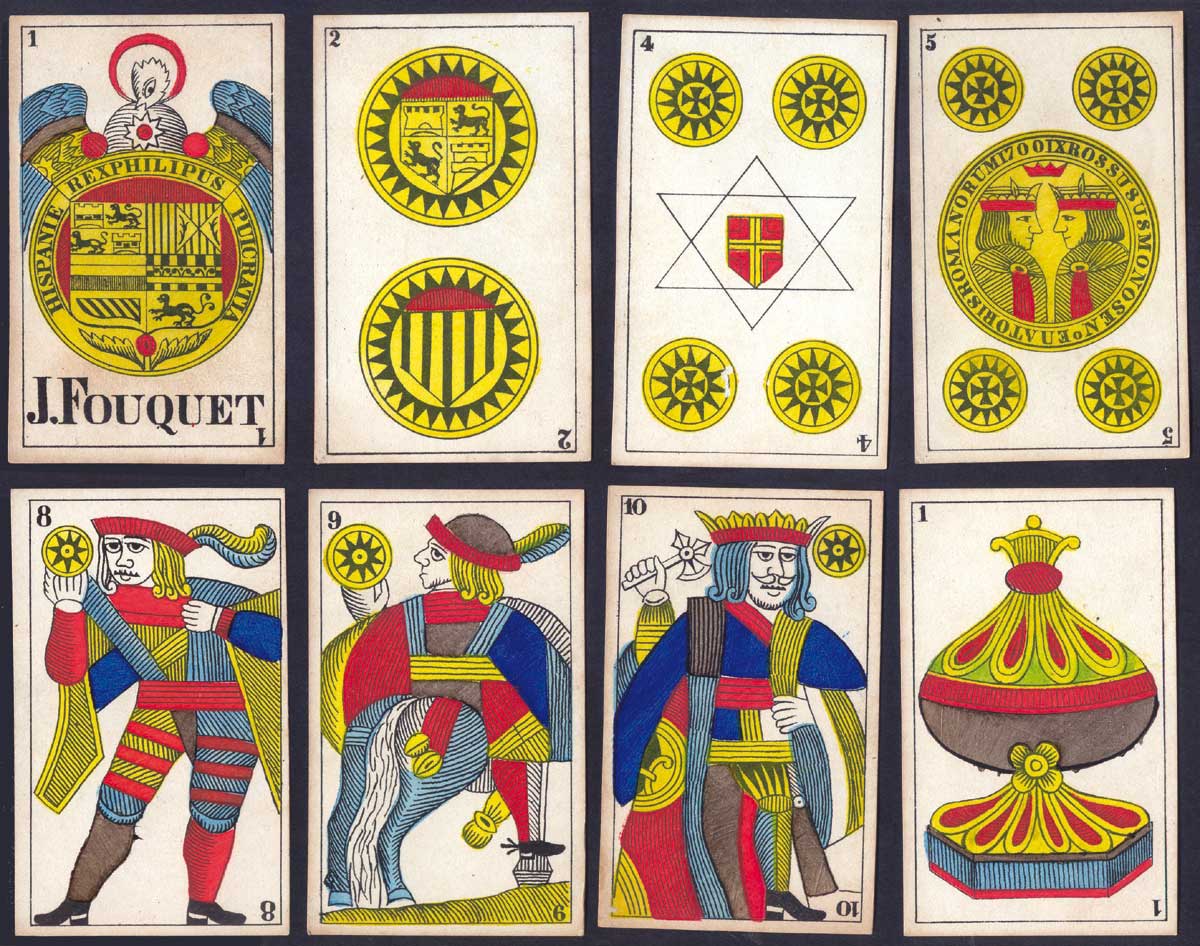 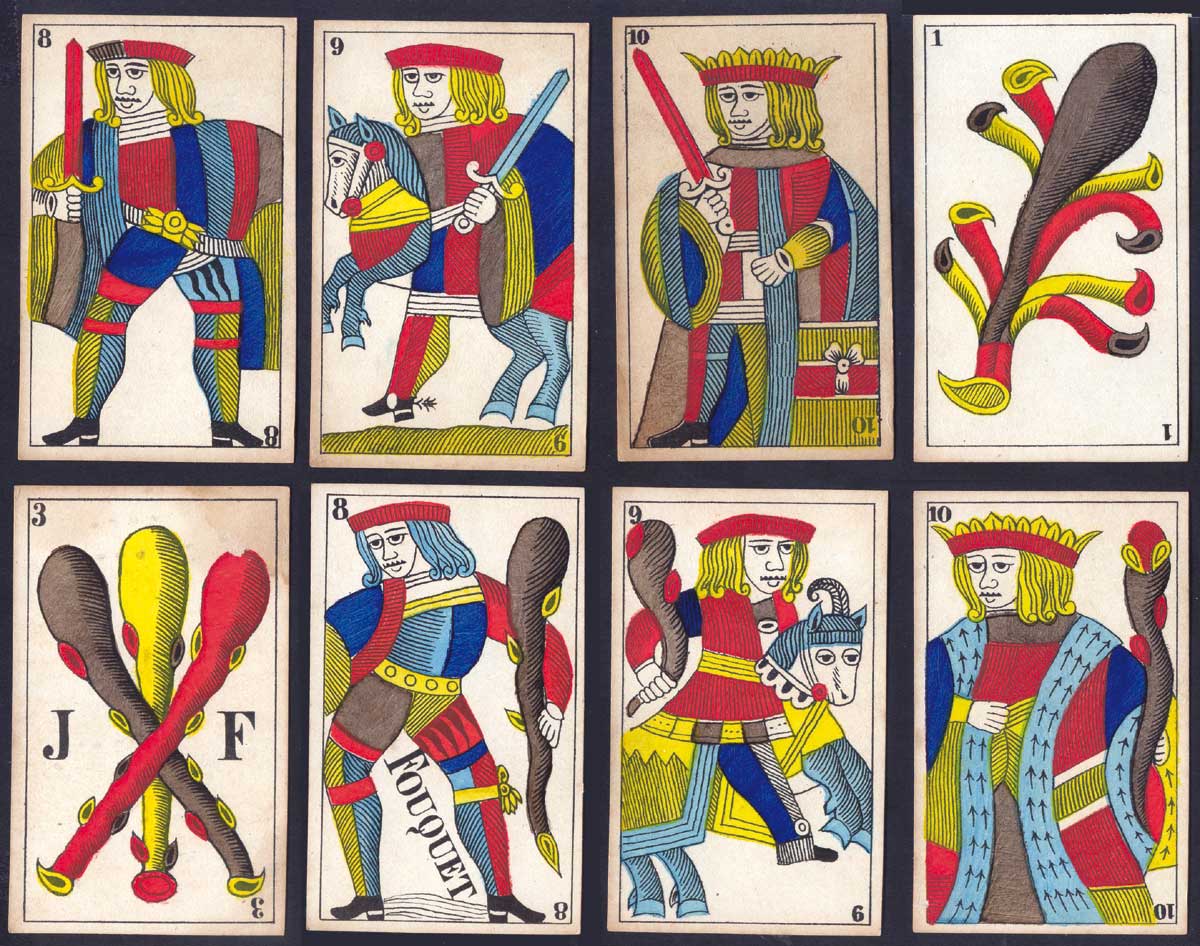 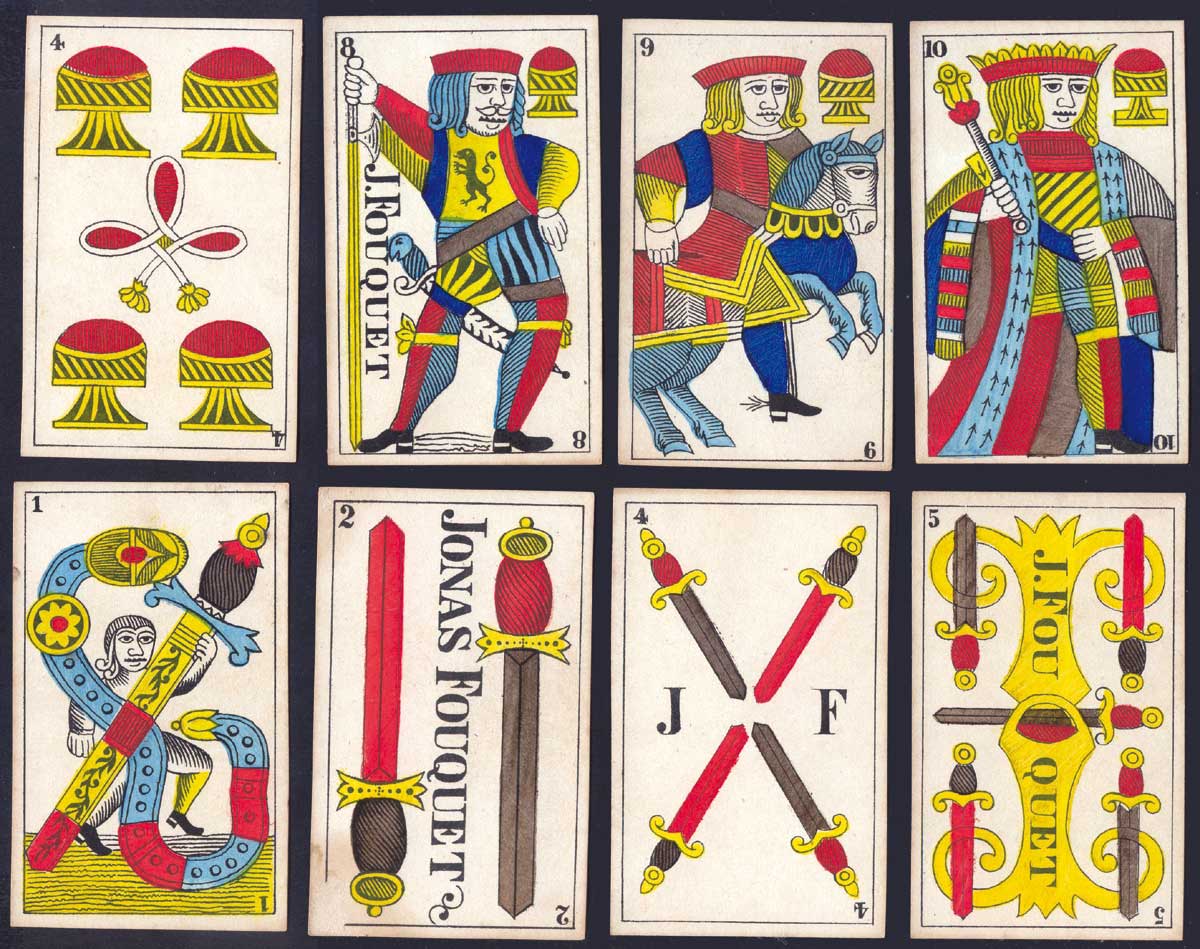 Above: Navarra Pattern by Jonas Fouquet (1807-1818), Amsterdam c.1810. It is likely that these cards were produced by Jordan & Company (owned by Abraham Kemp) who acquired the Fouquet business in 1818 and closed it in 1844. From the collection of Enrique García Martín.

In 1705 Jean Fouquet of Amsterdam denounced Belgian cardmakers from Liège for imitating his products including his name and trademark. 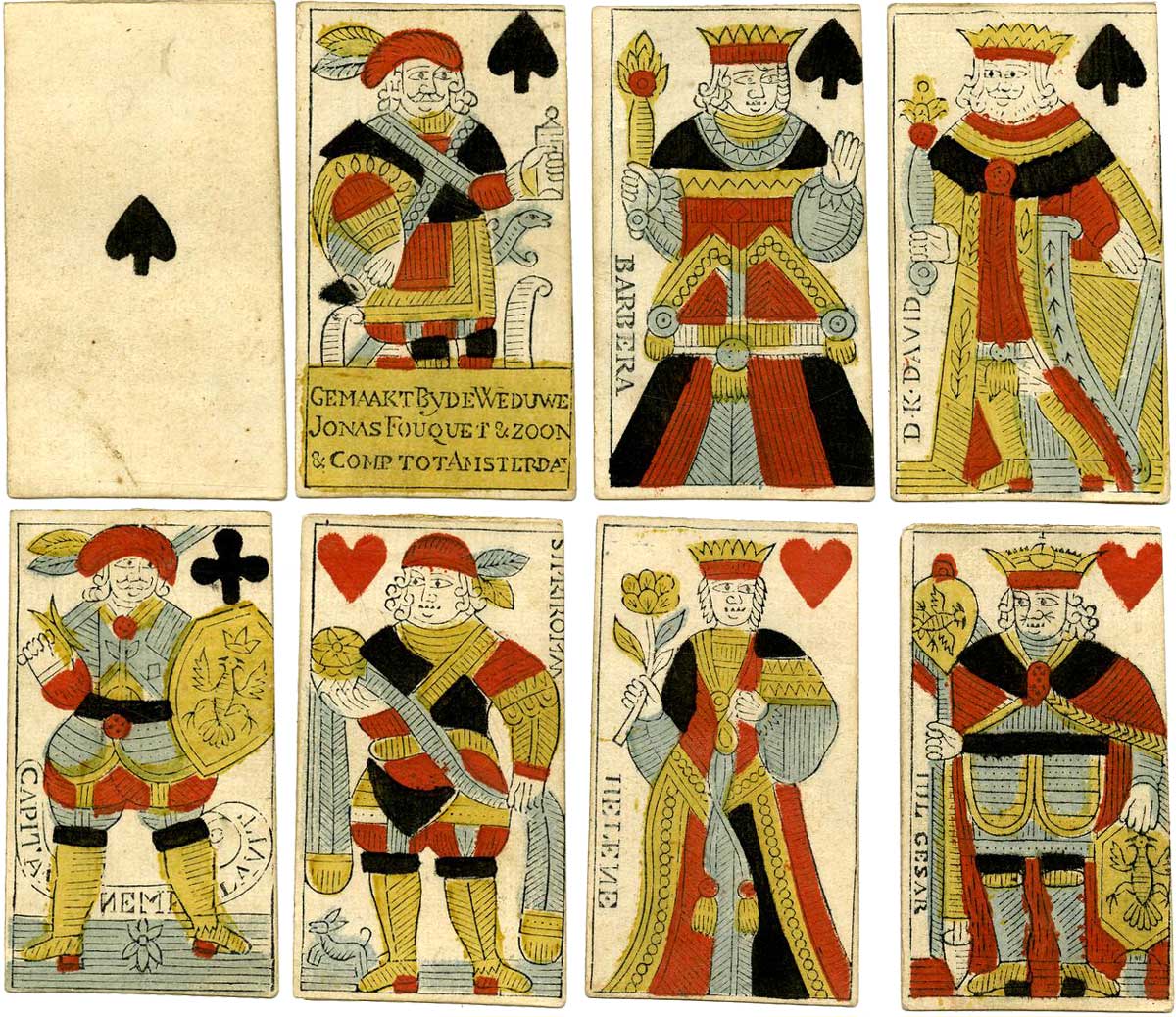 Above: piquet pack of 32 playing-cards, hand-coloured woodcut, edges gilt. On the knave of spades is "Gemaakt by de Weduwe Jonas Fouquet & zoon & Comp. tot Amsterdam" (Made by the Widow of Jonas Fouquet & Son & Comp. to Amsterdam). Copied from old French cards. The court cards have unusual names; the knave of hearts is "Sipri Roman" and the queen of spades is "Barbera". Backs printed with a pattern of hexagons enclosing suns, 18th Century. © The Trustees of the British Museum.