Kaffeehaus-Pikett Nr.60 featuring the Viennese Large Crown pattern. All the kings wear a high crown which reaches the top border. Commonly seen made by Piatnik of Vienna since the XIX century, this pattern has been produced by A.S.S. since the early 1930s, with different brand names and reference numbers over the years. The maker’s name appears on the king of spades’ sash and the ace of spades. The city of origin is shown on the banner held by the jack of hearts. See the Box► 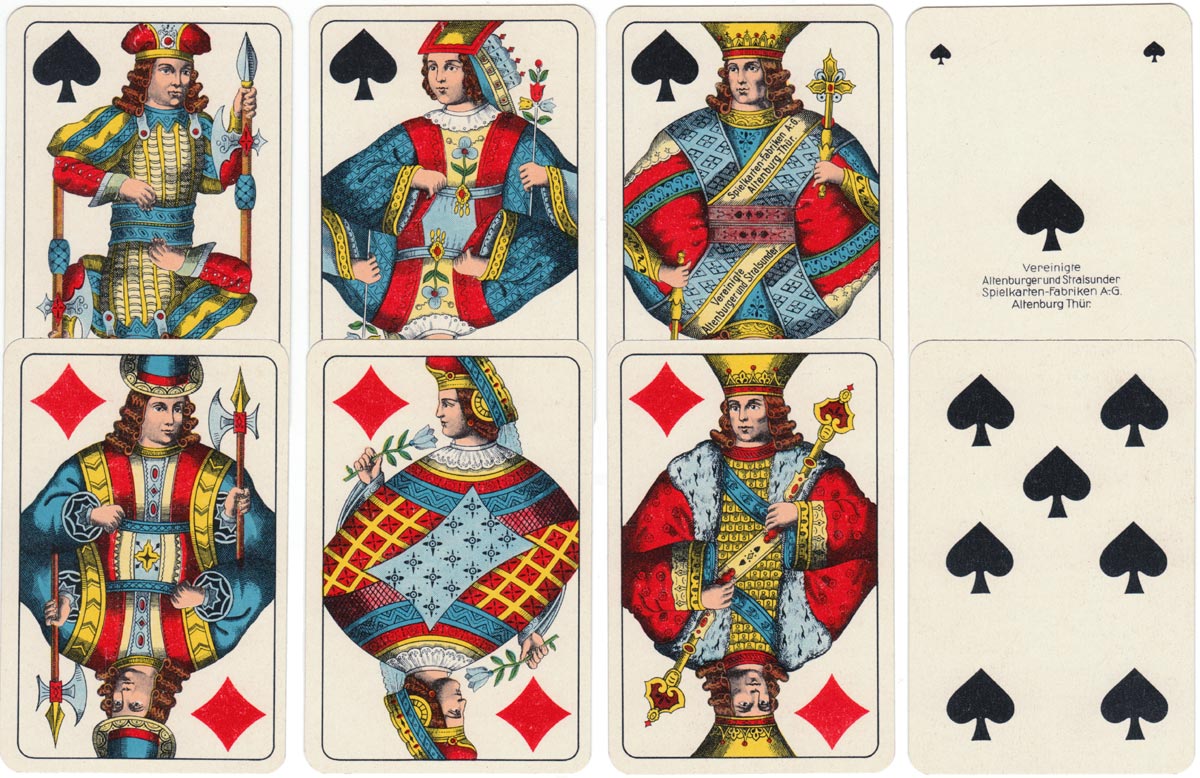 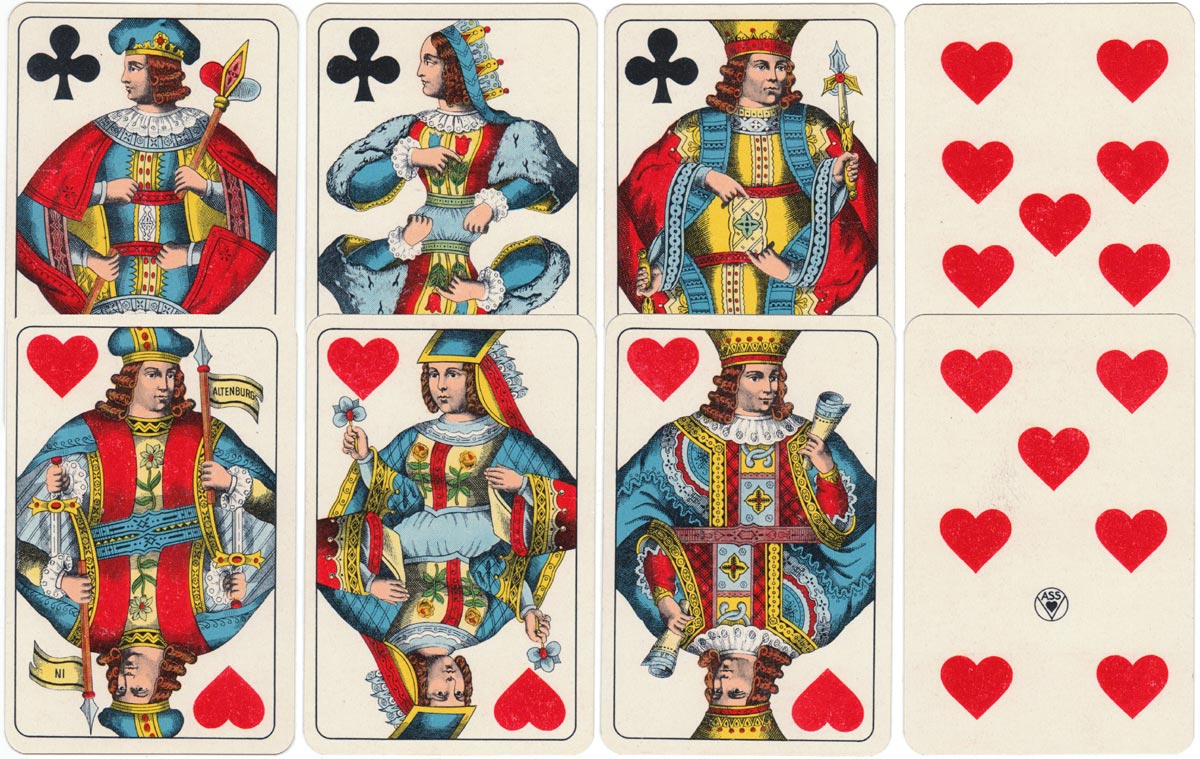