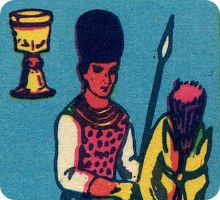 Ramses II Tarot deck was published c.1975 in conjunction with a Peruvian occult or esoteric magazine. The deck has 78 cards (plus two blank cards). The major arcana cards are based on the Waite/Smith deck designed by Pamela Colman-Smith in 1910 and are numbered 1-21. The Fool is unnumbered. The minor arcana cards are a mixture of Spanish-suited numeral cards (1-10) with Egyptian figures on the court cards. All cards have titles and divinatory interpretations printed in Spanish. The back (right) shows an Egyptian scene. 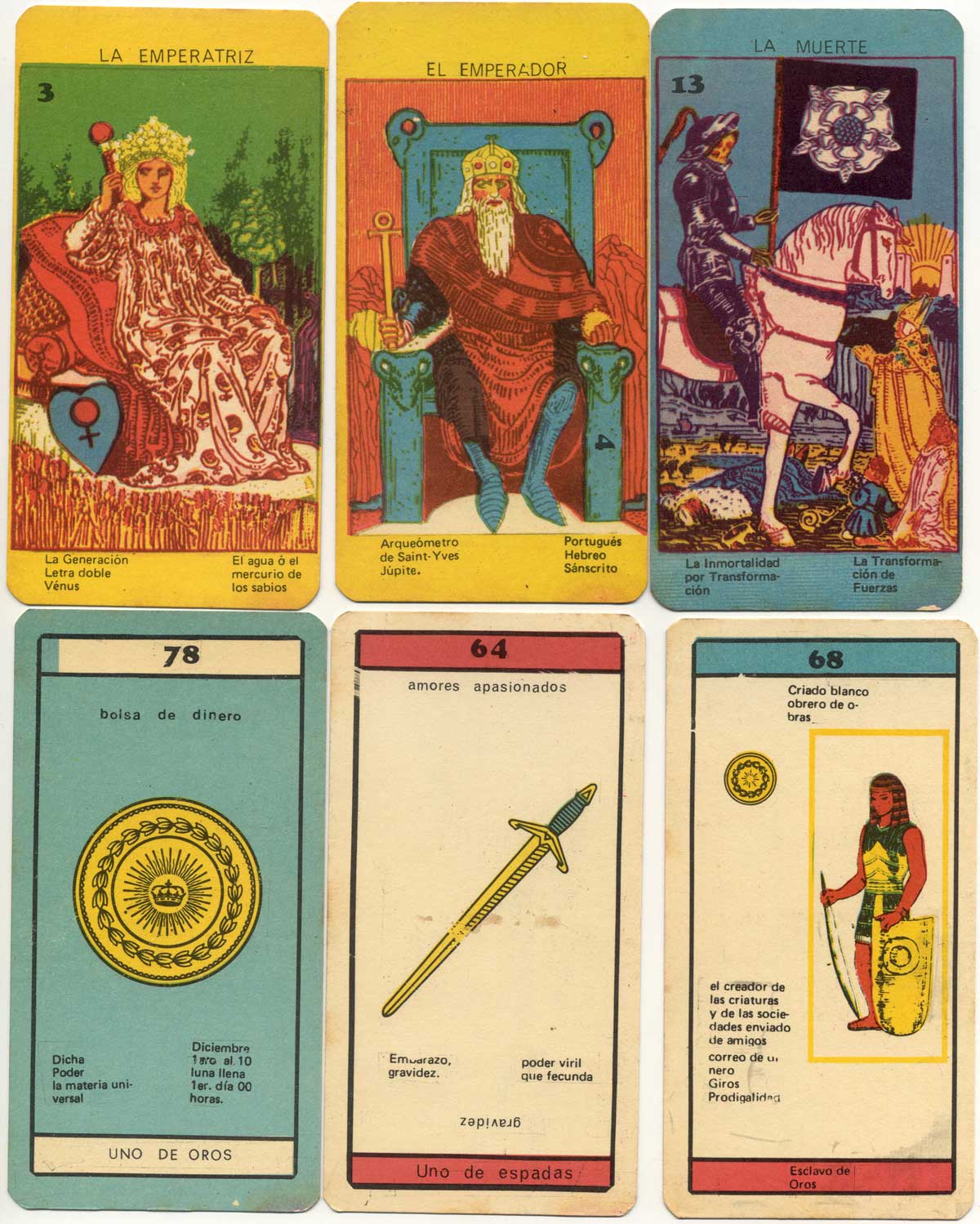 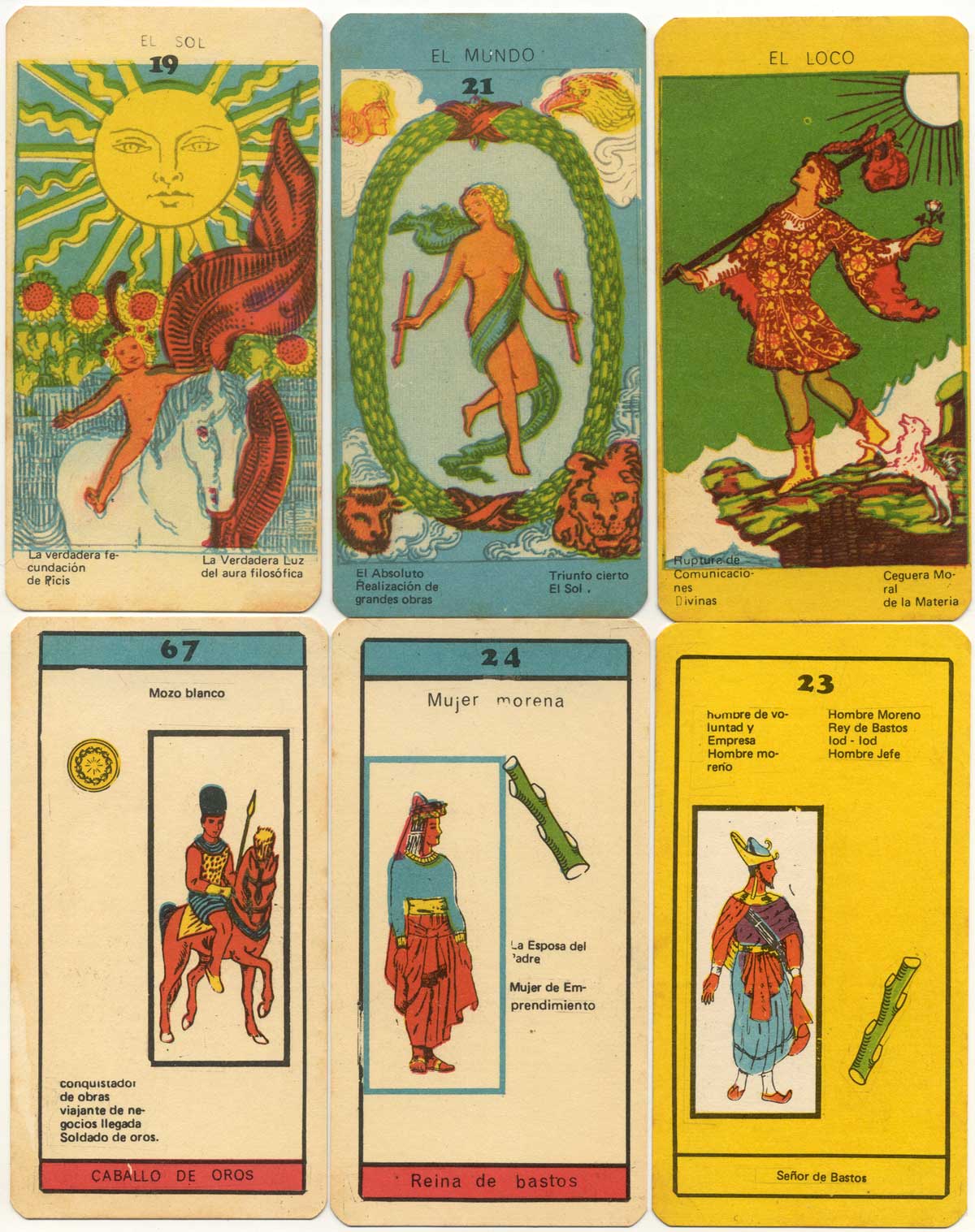 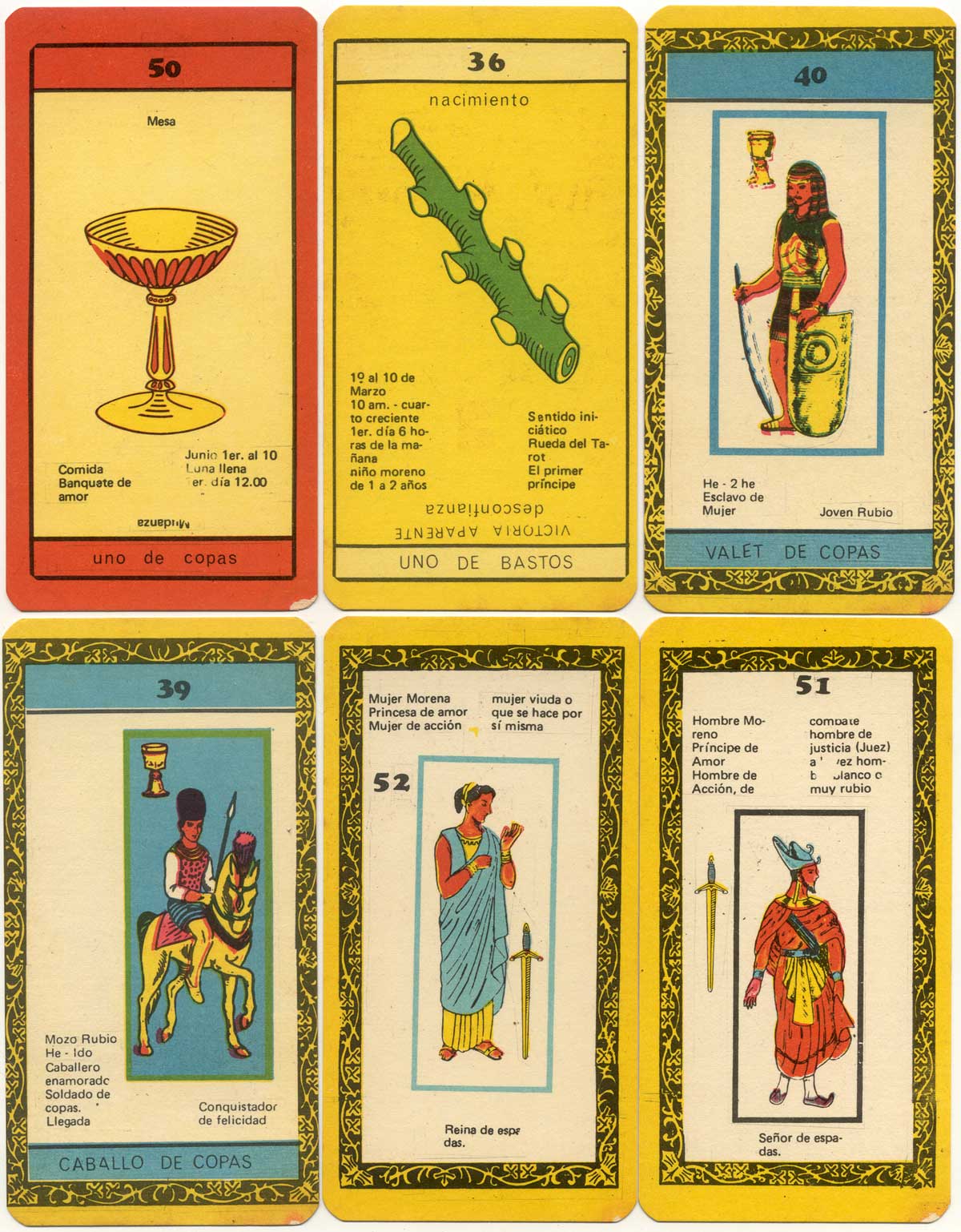 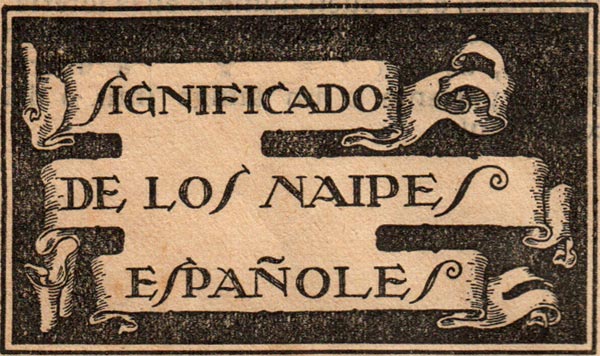