The “Nine Lives Tarot”, skillfully illustrated by Australian artist/designer Annette Abolins, represents the artist’s creative and spiritual perspective on life. The illustrations are figurative, portraying experiences in life as a visual story. Whilst admittedly a free interpretation of the Rider-Waite-Smith system, additional inspiration has been drawn from imagination, mythology and from people close to the artist, whilst finding a deeper symbolic meaning to the ups-and-downs, opportunities and mysteries encountered on the path.

The artwork began as ink drawings on paper, which were then digitised and coloured using illustration software, retaining the sense of freedom and expressiveness of the original drawings. The whole deck took more than 3 years to complete and was finally launched in November 2013.  See: www.ninelivestarot.com.au► 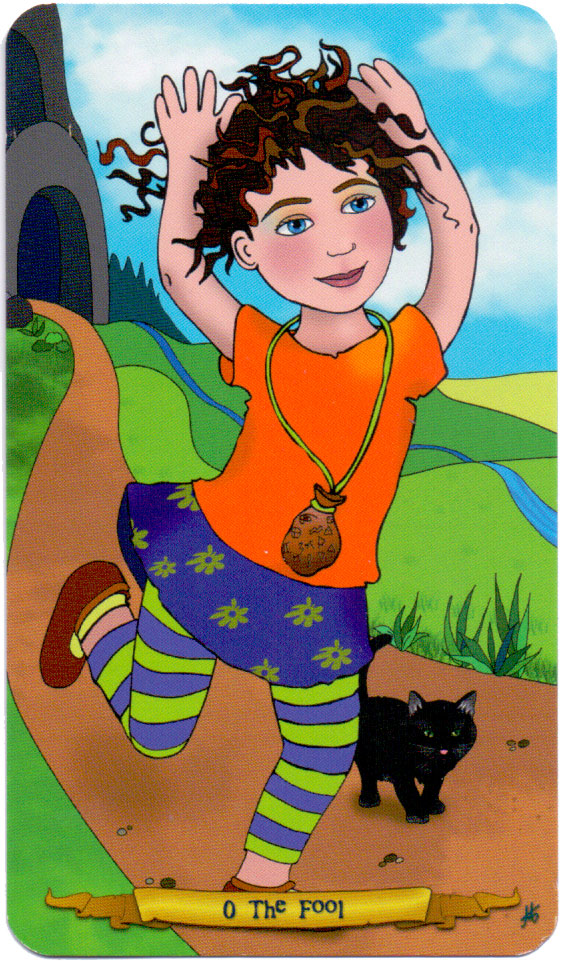 Above: The “Nine Lives Tarot”, illustrated by Annette Abolins, contains a total of 78 cards plus an explanatory booklet in a box inside a blue drawstring bag. The booklet includes descriptions and symbolical interpretations for all the cards, which are inspired by the Rider-Waite-Smith tarot, but the artist suggests that the characters should introduce themselves. There are no reverse meanings in this deck except that a reversed card may indicate a delay of the meaning.

The title of “Nine Lives Tarot” was chosen because of the way the tarot depicts the cyclic movement through life. At no point does one card speak of finality and physical death; instead the cards work together to weave a picture with an open road to interpretation...

The Kings, Queens and Knights from the Nine Lives tarot were subsequently redrawn into a 52-card deck of playing cards, published in 2016. See here► 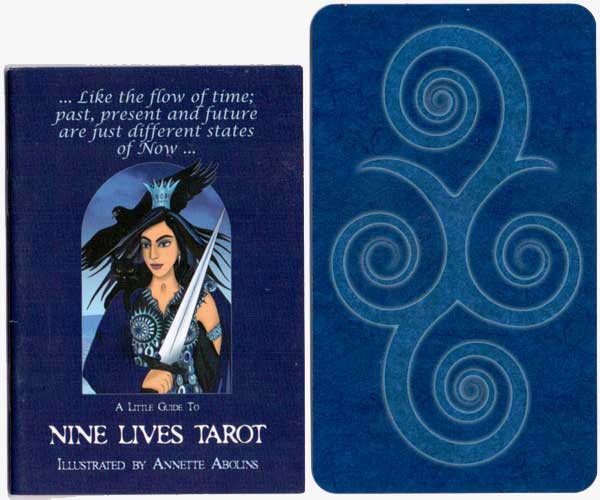