Some examples of playing cards made in Catalonia from the collection of Iris Mundus, Barcelona.

Spanish advertising playing cards, or trade cards, cover a wide range of popular topics and interests including cinema, bullfighting, boxing and, of course, football. Information was often supplied on the cards about football teams, cinema stars, famous bullfighters or in the case shown (right), fortune-telling interpretations were given. Individual cards might be inserted inside packets of products such as chocolate, or printed on the wrappers or boxes, which could be collected, traded and assembled into full packs.

Right: Cartomancy deck published by Camil S.A., printed by Elzeviriana y Librería Camí (Barcelona) in 1932 with fantasy medieval designs. The cards were collected individually from inside packets of Chocolates Nelia. Each card features a divinatory interpretation for upright and reversed readings, provided by Benita la Bruja who sits at the bottom of the card. According to the text on the backs of the cards, Benita la Bruja was a famous card reader who lived in Seville around 1600. 48 large-size cards: 125 x 70 mm. Reference Iris Mundus 1194b.

Note: Iris Mundus was founded in Barcelona in 1965 by Neus Serrano and her husband Salvador Tena in order to pursue their passion for antiques. Today two of their daughters are still running the business and can be contacted by email:   [email protected]→

What is known today as the “Modern Spanish Catalan” playing card pattern (to avoid confusion with the French Catalan style) began to emerge with an identity of its own during the early 19th century and became fully developed by the end of the 19th century. It was primarily manufactured by makers in the Barcelona region (Sebastian Comas y Ricart, Wenceslao Guarro, Giráldez, Juan Roura, etc) but is now regarded as a standard pattern throughout Spain and beyond. Packs usually contain 40 or 48 cards.

Right: standard Catalan pattern deck manufactured by Sebastian Comas y Ricart in Barcelona c.1892. The pack is titled ‘El Ciervo’ on account of the image of a deer, or stag, on the four of cups. 48 cards. Reference Iris Mundus 1131a. 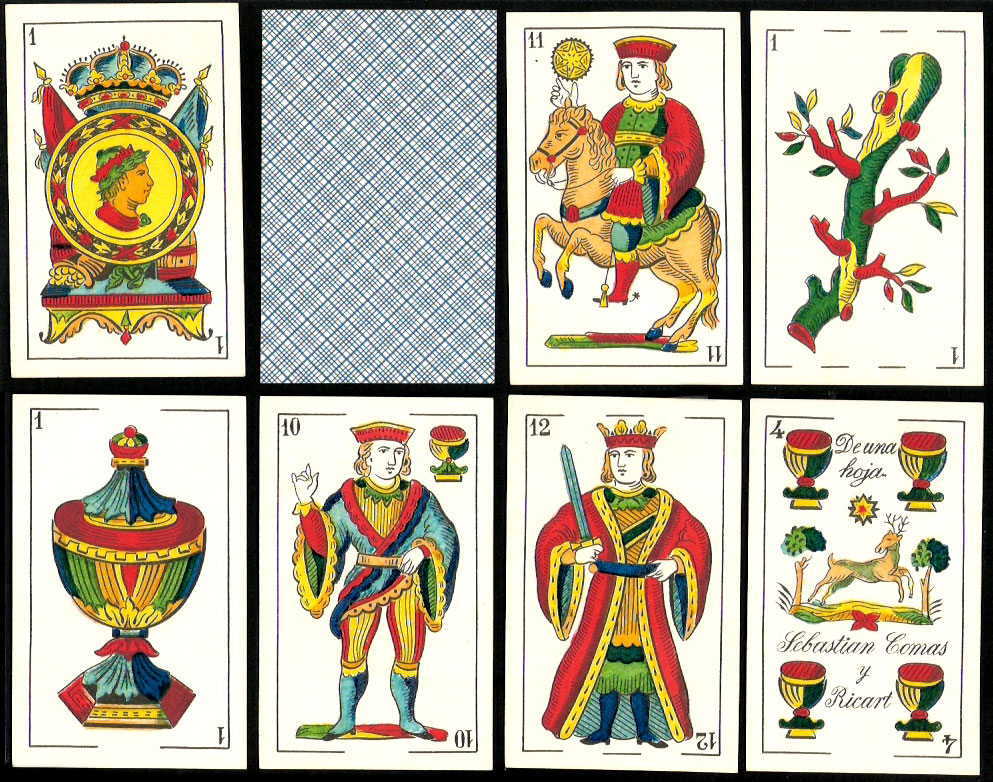 Right: standard Catalan pattern deck manufactured by Jaime Garcia Fossas (1854-1927) in Igualada (Barcelona), c.1904. The deck is titled ‘El León’ and the symbols of industry and commerce on the ace of coins include a beehive. The five of swords has the tax stamp. 48 cards. Reference Iris Mundus 1135a. 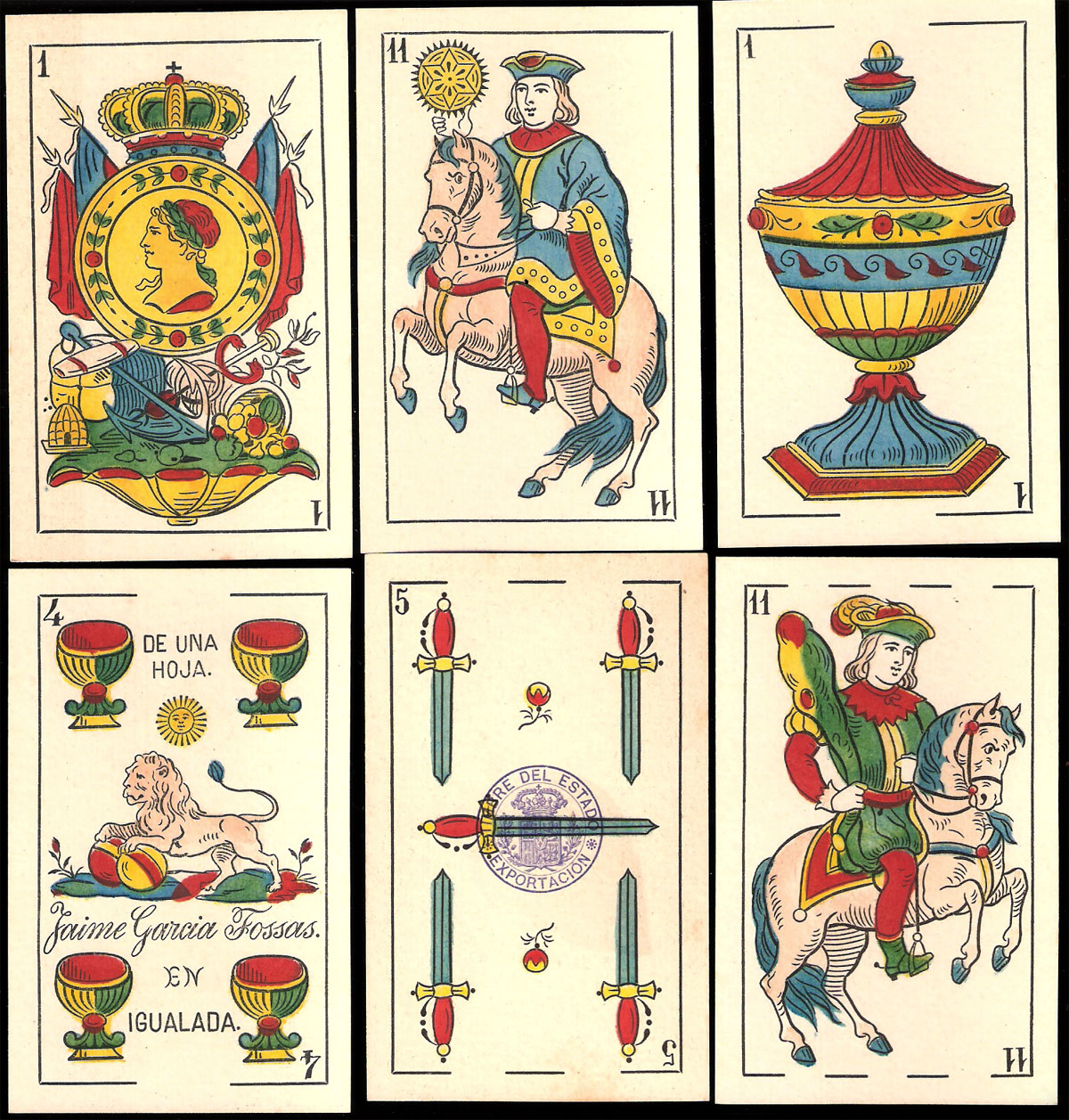