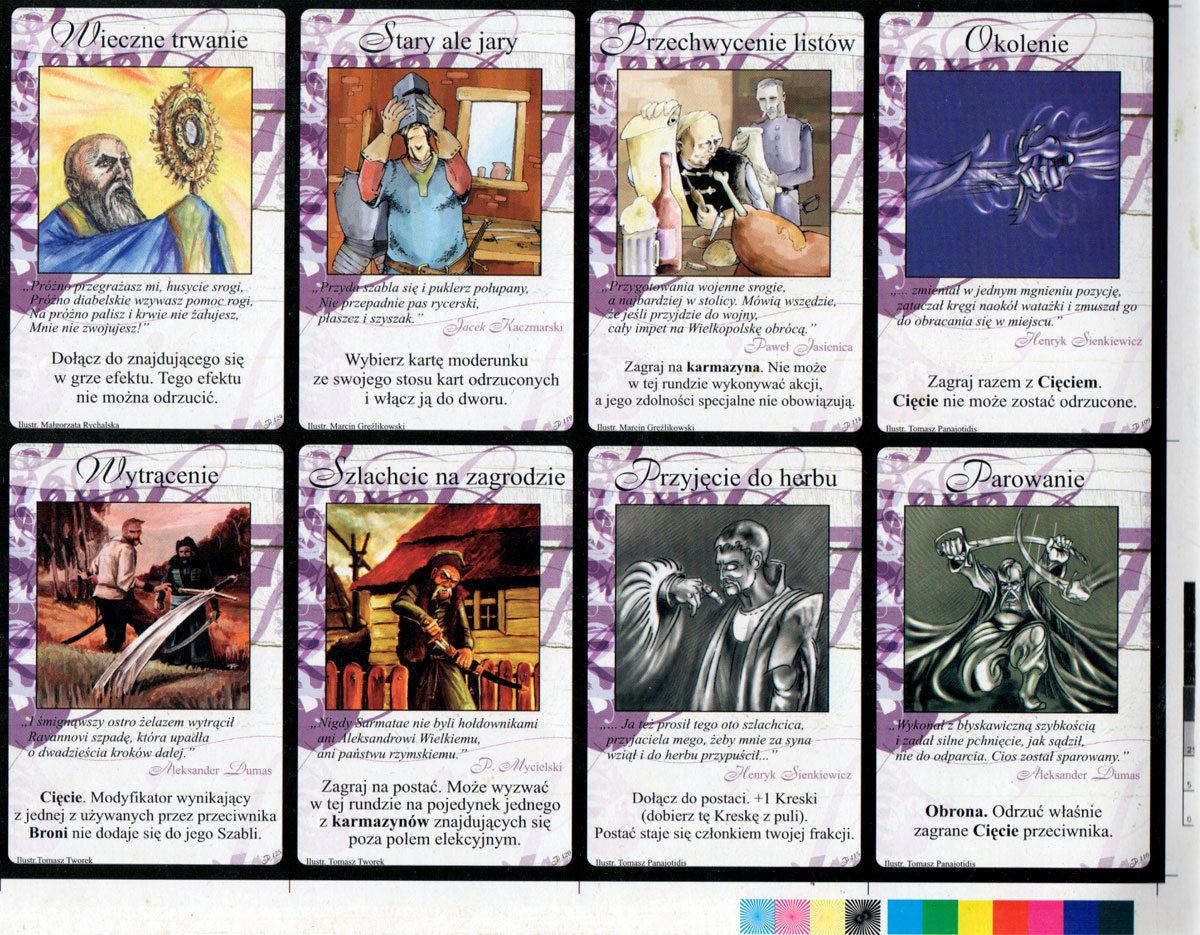 Above: part of an uncut sheet of ‘Veto’ game cards printed by KZWP-Trefl and published by Krakowska Grupa Kreatywna, 2004.