“Classic” playing cards designed by Paul Mathison for Lanselle Co., 1959. The court cards are inspired by classical mythological figures and are double-ended but different at each end. See the explanatory leaflet► 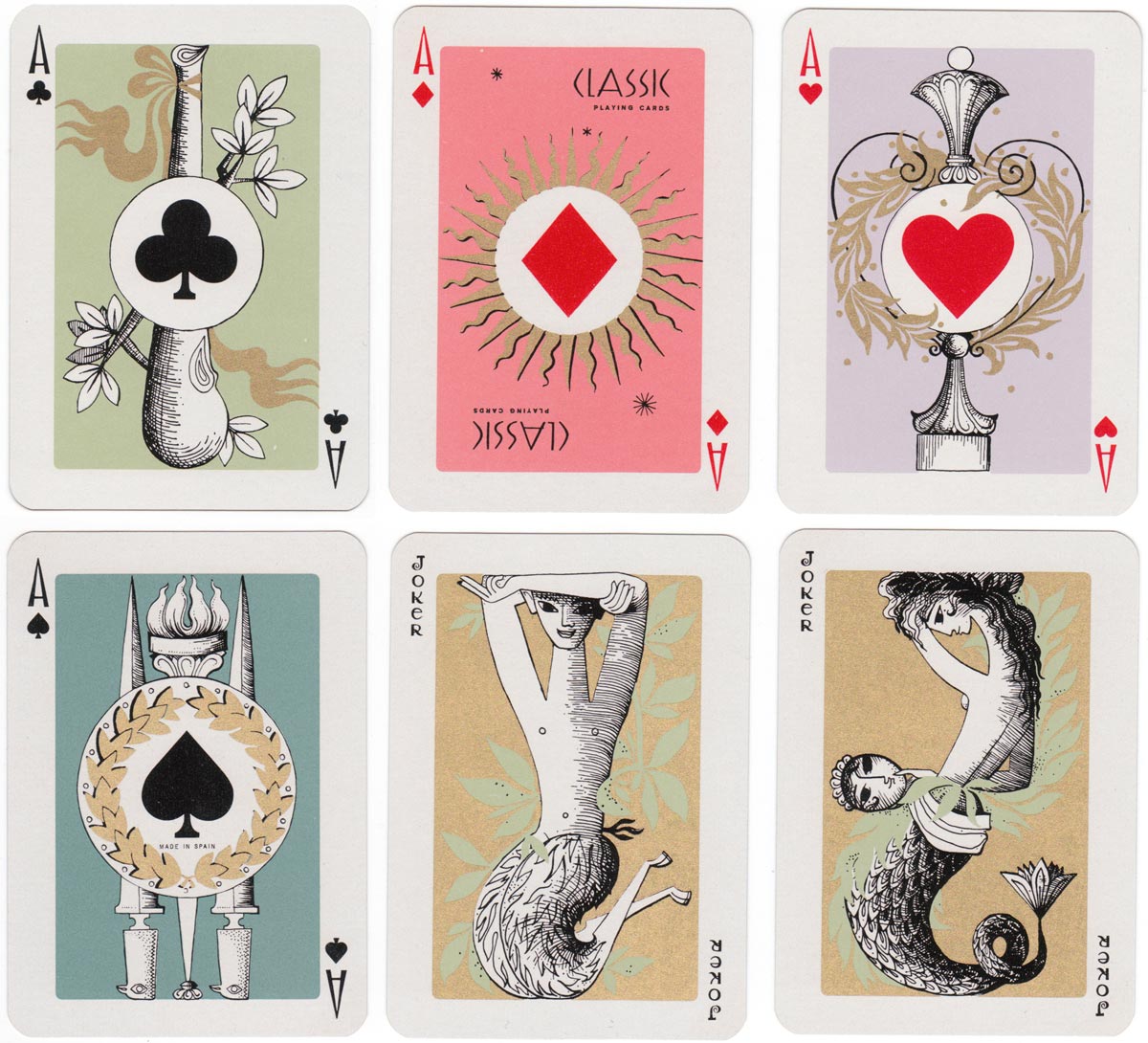 Above: “Classic” playing cards designed by Paul Mathison and printed by Heraclio Fournier S.A., 1959 & 1970. The four aces (shown above) incorporate both French and Spanish suit symbols. 52 cards + 2 jokers + leaflet in box. This is the second edition of 1970. The four of clubs has the black exportation tax stamp used after 1964.