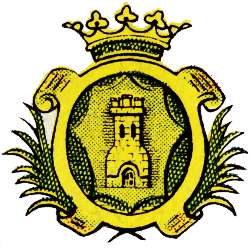 A popular version of the Spanish Catalan pattern based on the designs of Guarro which were acquired by Fournier in 1930. The Four of Cups has a tower motif in the centre (Coat of Arms of Vitoria-Gasteiz), along with texts which read: Naipes Intransparentes de Una Hoja - Hijos de Heraclio Fournier - No.55 - Vitoria. The Ace of Swords has a small Barcelona coat-of-arms at the centre and the Ace of Coins features a head wearing an armoured helmet along with the symbols of maritime power and commerce resting on a plinth. This version of the Spanish Catalan pattern has also been used in South America.

This particular pack was exported to Argentina, and details of the importing agents Casa Bertrand Domec de Fagoaga y Fernandez are overprinted at the sides of the Four of Cups, and the brown ‘Mercury’ importation tax stamp is visible at the top of the card.  See enlargement → 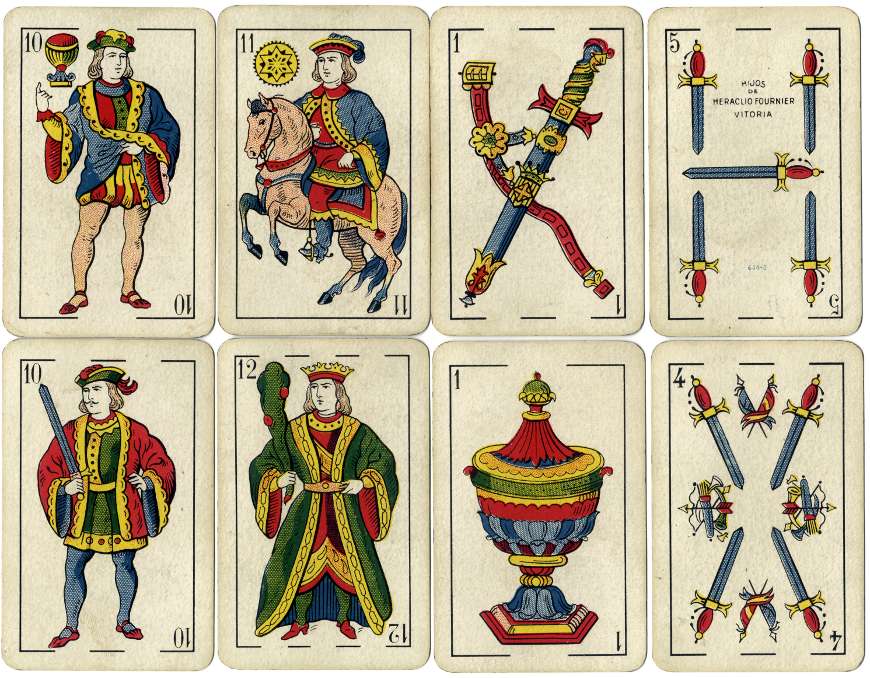 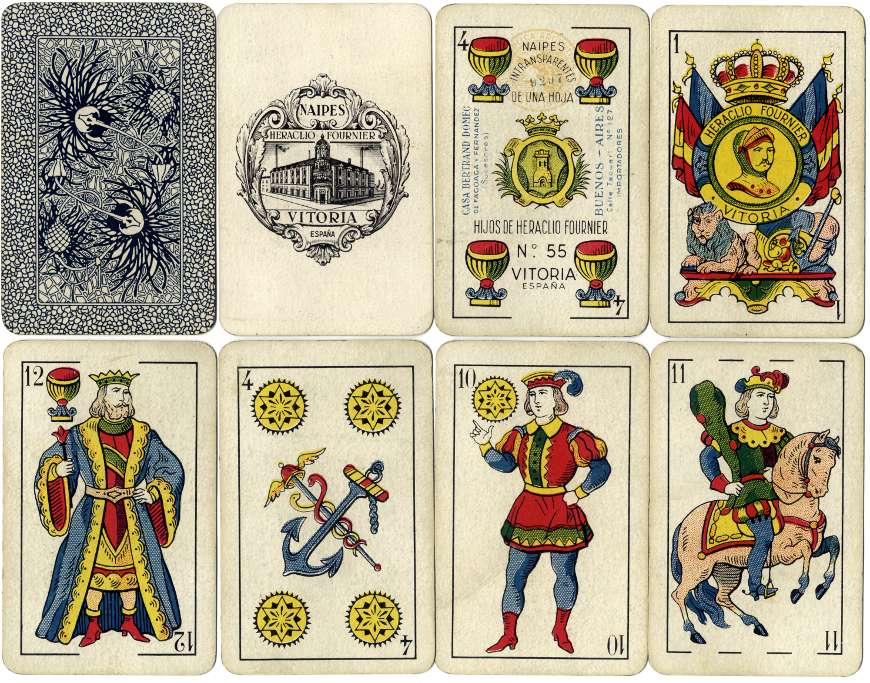 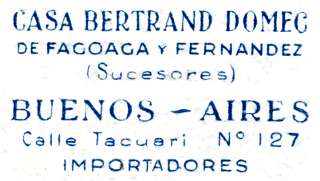 Above: Spanish-suited "Catalan" pattern No.55 playing cards manufactured by Hijos de Heraclio Fournier (Vitoria) for exportation to Argentina, c.1940. Two of the Kings wear beards. The details of the importing agent are overprinted on the Four of Cups (see detail right →).