The game originated in 17th century Italy as Cuccu (‘cuckoo’) with a deck of 38 cards. As the game migrated north through Europe in the 18th century the number of cards and the name of the game changed. The game is first mentioned in Sweden in 1741 as Cambio (Italian for ‘exchange’). In 1833 this became ‘Kille’ which became the common form of the game around 1850   more→ 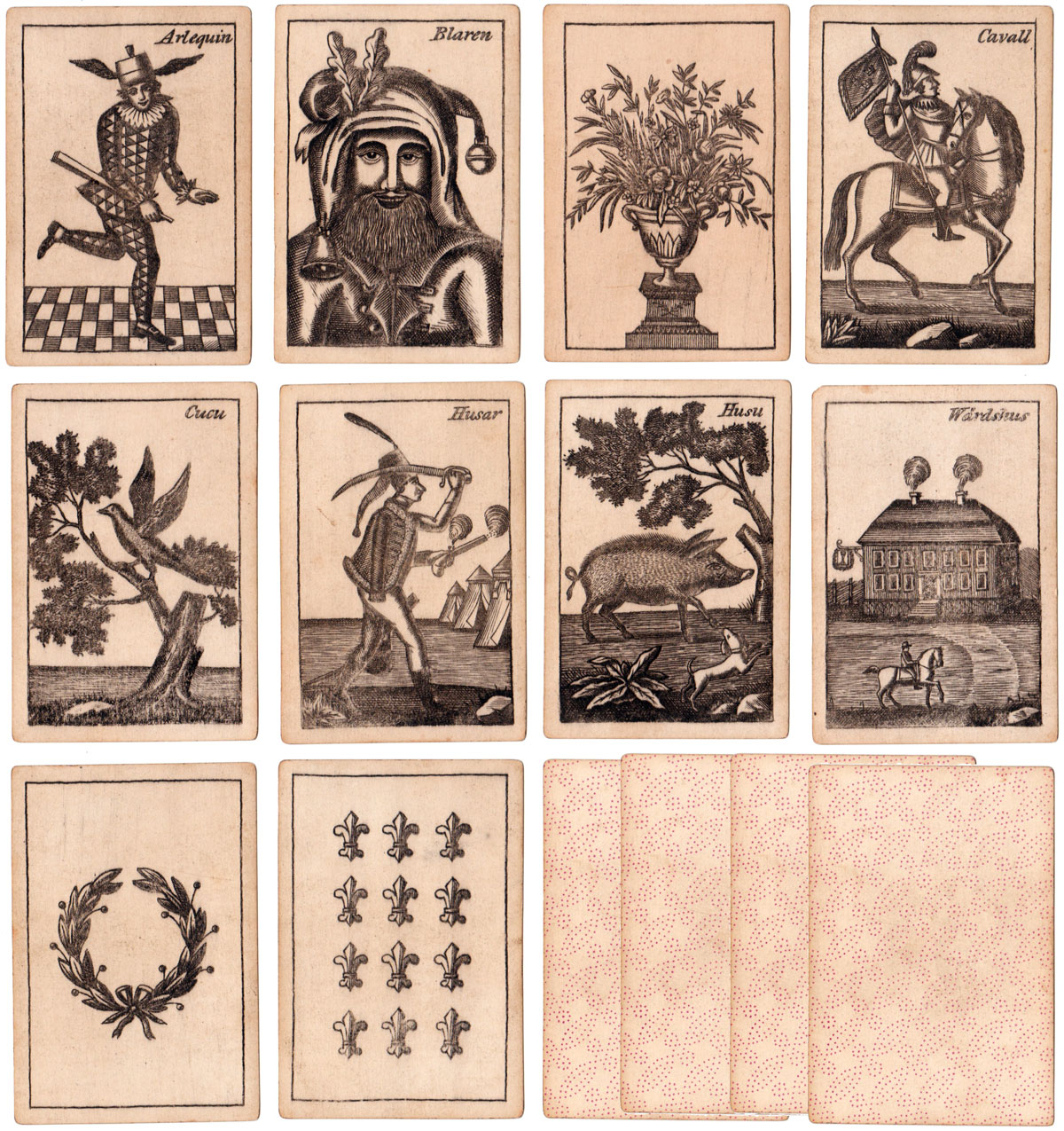 Above: ‘Kille’ cards by an unidentified maker from the late 18th century. Images courtesy Rex Pitts.