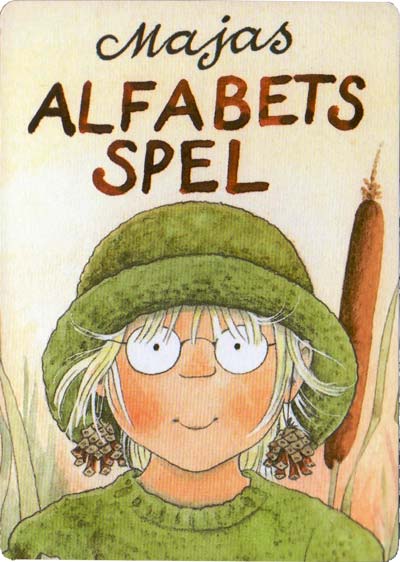 Maja is a character from a series of books by Lena Andersson which she illustrates herself. The pictures on the pairs of cards are from the books. There are 2 cards for each letter of the alphabet, the lower case and the upper case. In the Swedish alphabet there is no W but there are 3 extra vowels with different accents to learn as well. The game is played by collecting pairs of lower case and upper case of each letter, or, alternatively you could play a memory game. See the Rules► 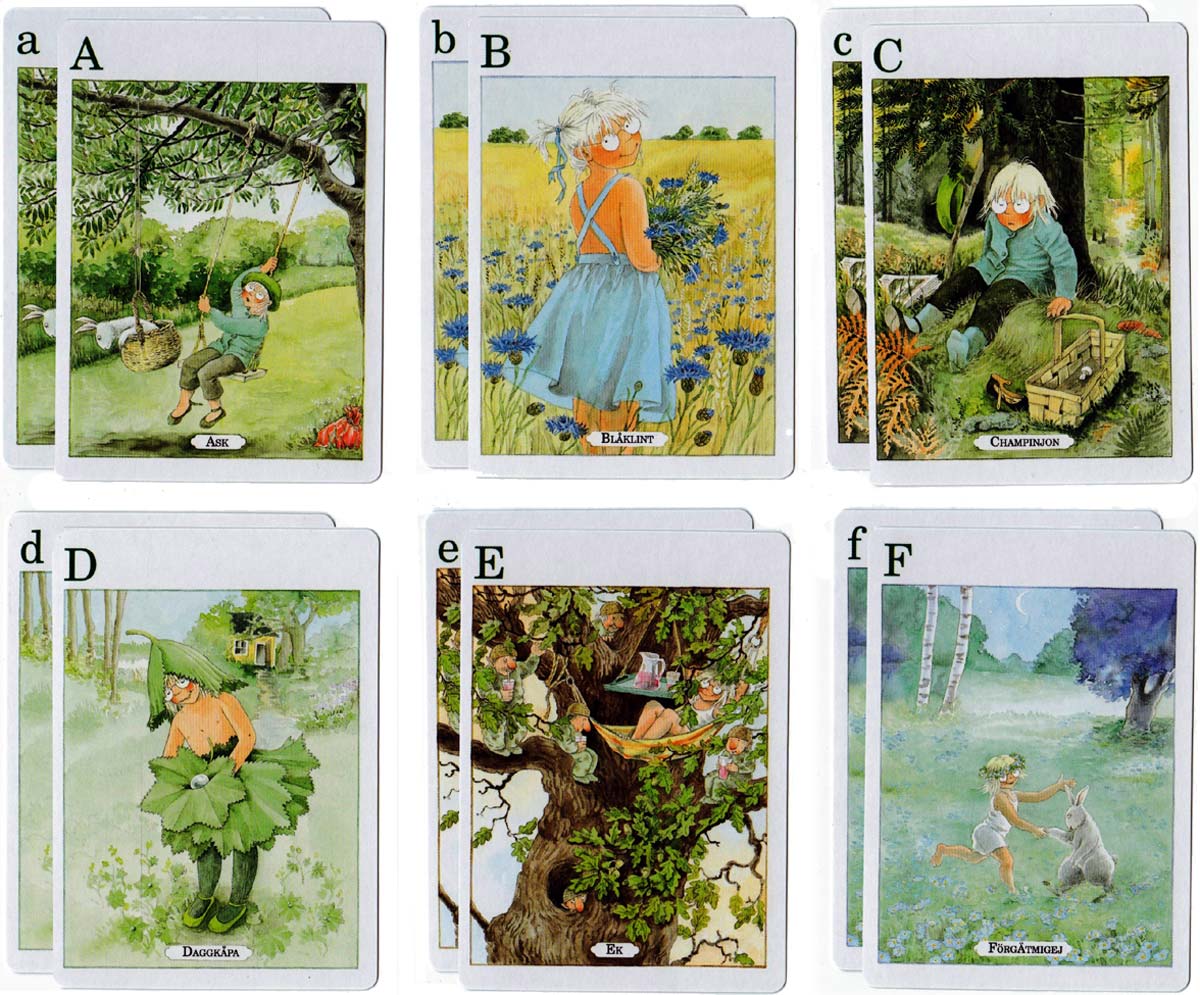 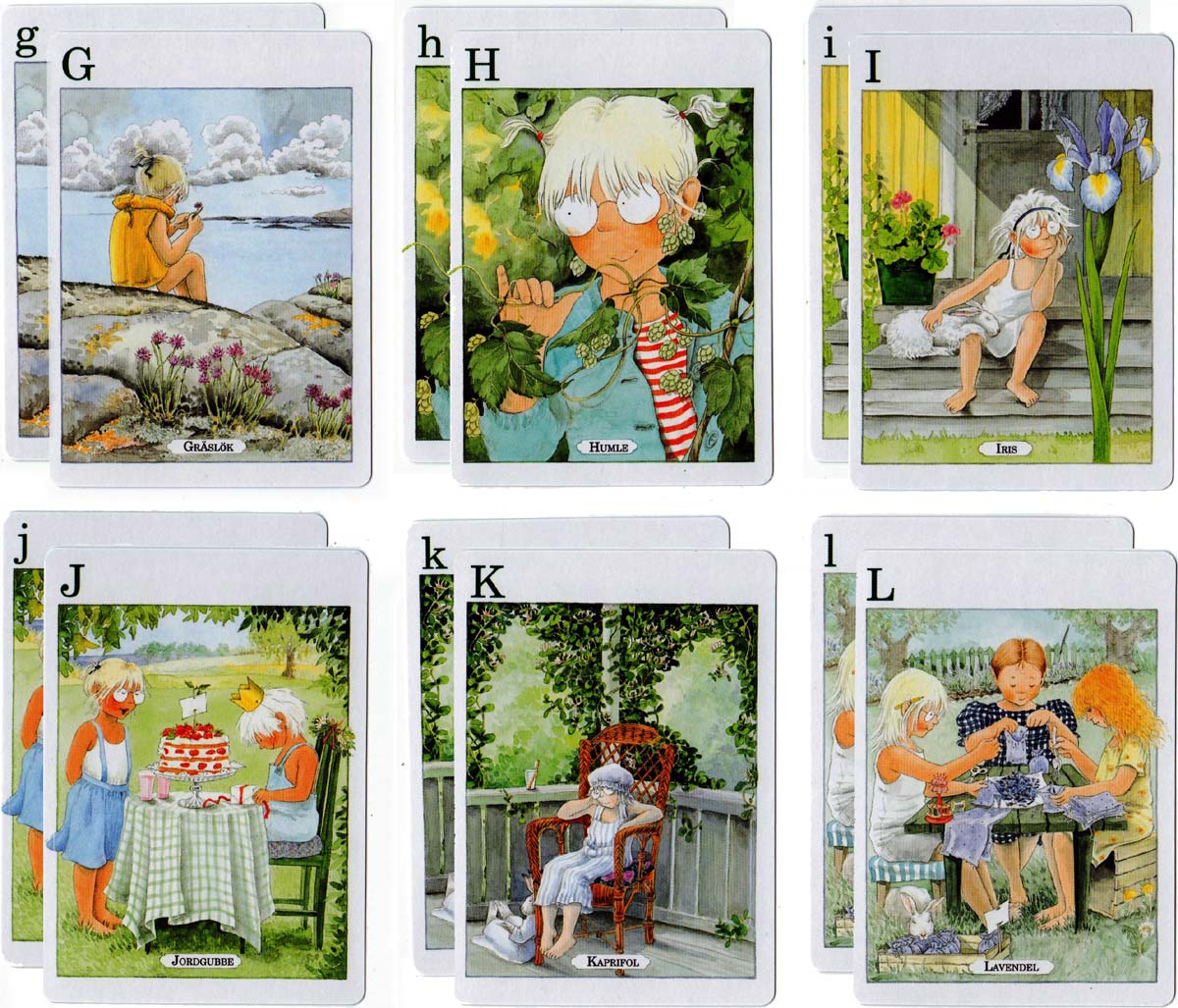 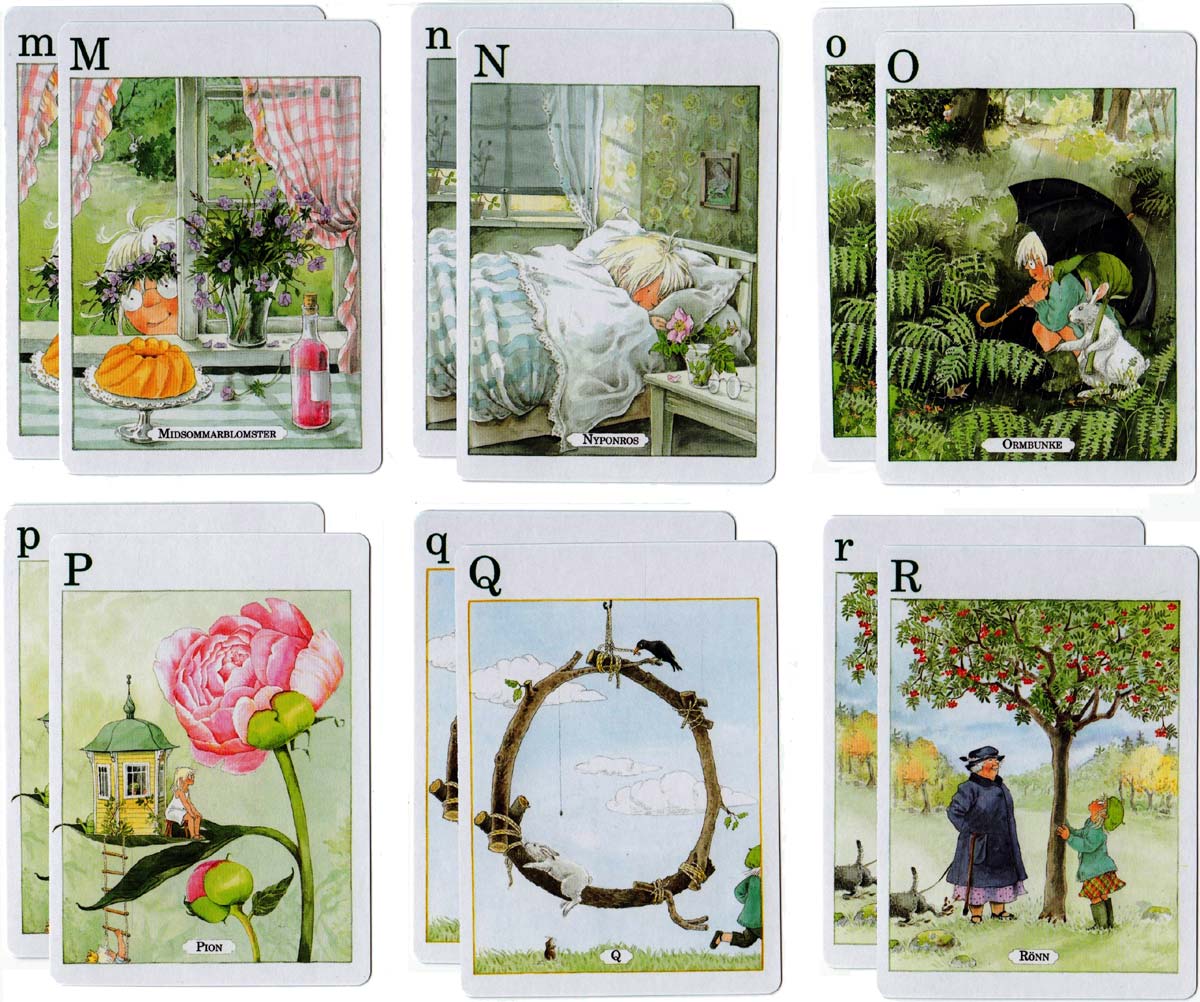 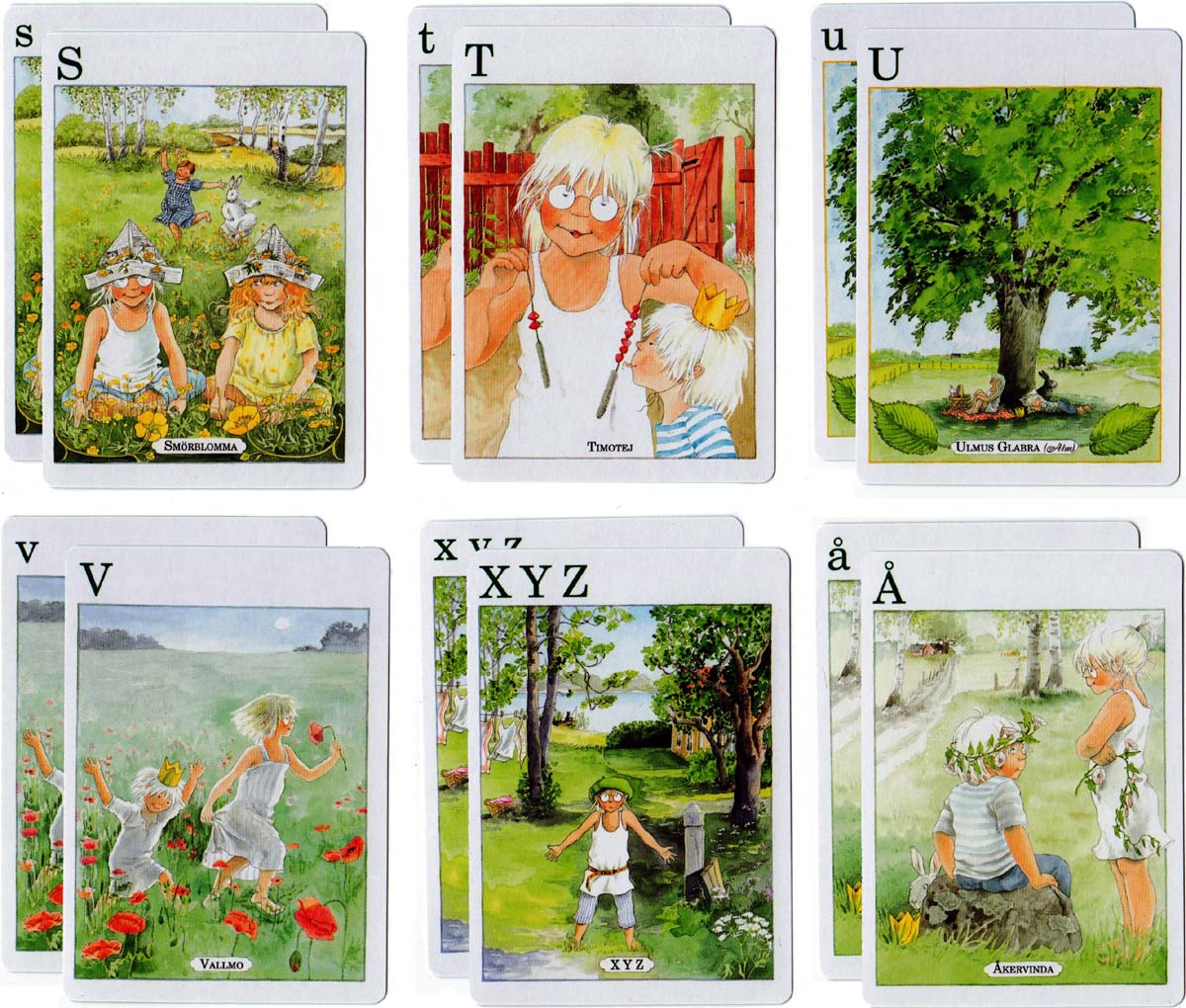 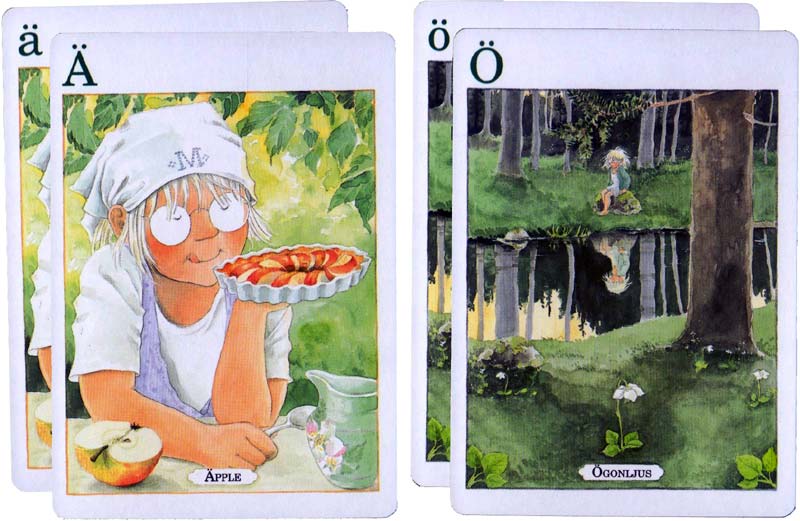