Swedish cards have characteristics in common with their Scandinavian neighbours

Playing cards probably arrived in Sweden from France where the reputation of Rouen cardmakers was known in the 17th century. Later, German or Belgian versions of French ‘Paris’ pattern cards were adopted in Sweden and local manufacturers began to adapt the designs.

Above: early Swedish cards, based on the French ‘Paris’ pattern, unidentified maker, c.1780. The badge of the Swedish Wasa dynasty (a wheatsheaf) can be seen in the costumes (click to zoom). Image courtesy Erik Blåsjö.

During the second half of the 19th century makers began introducing more distinctive features into the designs until Öberg of Eskilstuna produced what has become the ‘standard’ Swedish pattern. 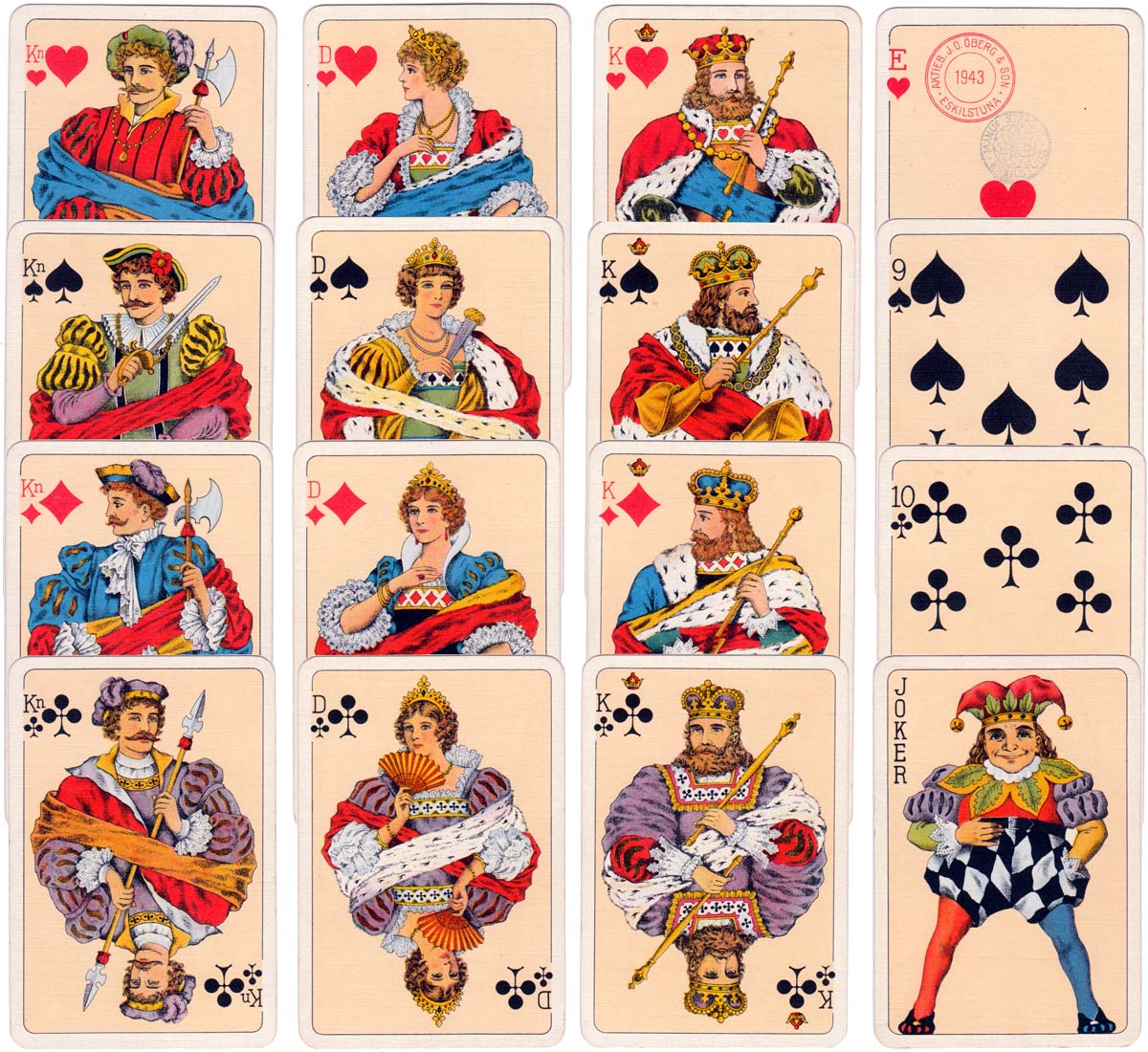 Although many Swedish cards have characteristics in common with their Scandinavian neighbours, the ace of hearts is likely to contain the maker’s name and a tax stamp. The indices are also likely to be E, Kn, D and K.

Non-standard Swedish packs are often based on historical themes or affirm a sense of national identity. The old game of “Kille” (also known as “Cucu” or “Gnau”) has been made in Sweden since at least the second half of the 18th century.

Above: ‘Kille’ cards by an unidentified maker from the late 18th century  more → 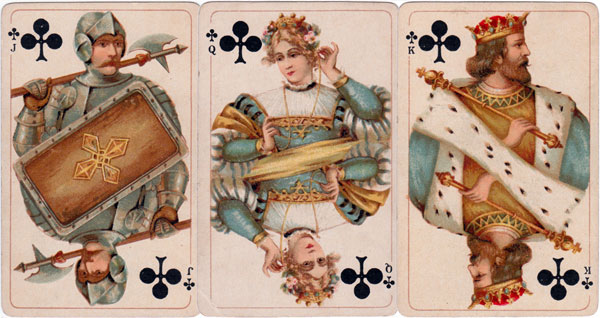 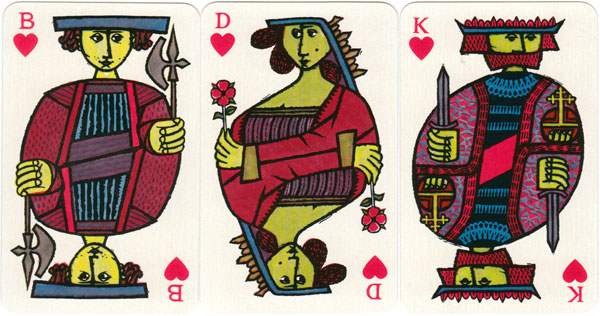 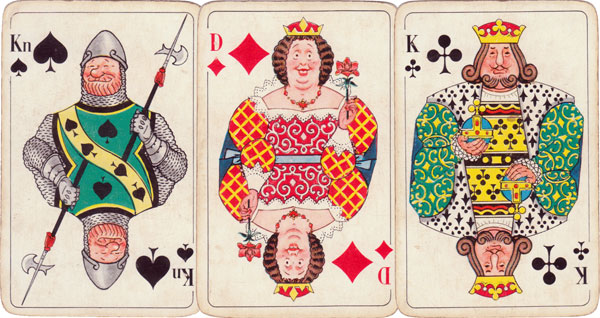 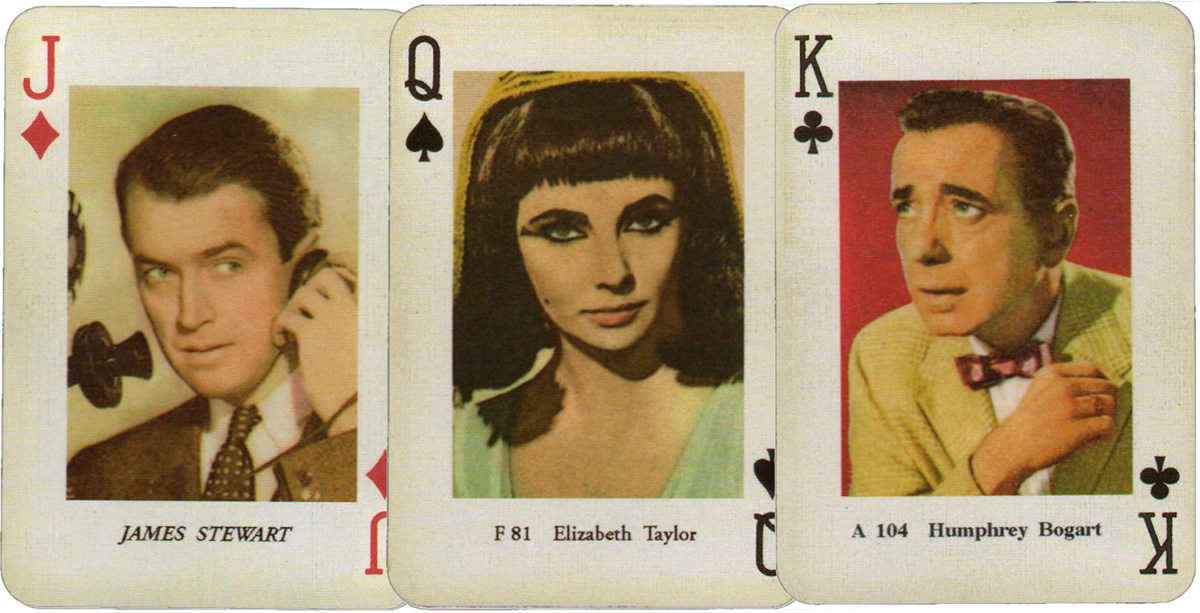 Above: “Moviestars” by Offason AB  more →