Cuccù, or Cucco, is an ancient Italian card game from 17th century or earlier which has relations in Austria, Germany and Scandinavia (called ‘Gnav’). The deck contains number and picture cards, two of each, 40 in total. The number cards run fron 1 to X. The picture cards contain illustrations, including a cat, a horse, an inn and a cuckoo (which in this case resembles an owl) which have different point values in the game. Other picture cards (the fool, the lion, the bucket, the grotesque face) have no value in the game. The aim is to avoid holding the lowest value card at the end of a round. See the Rules► 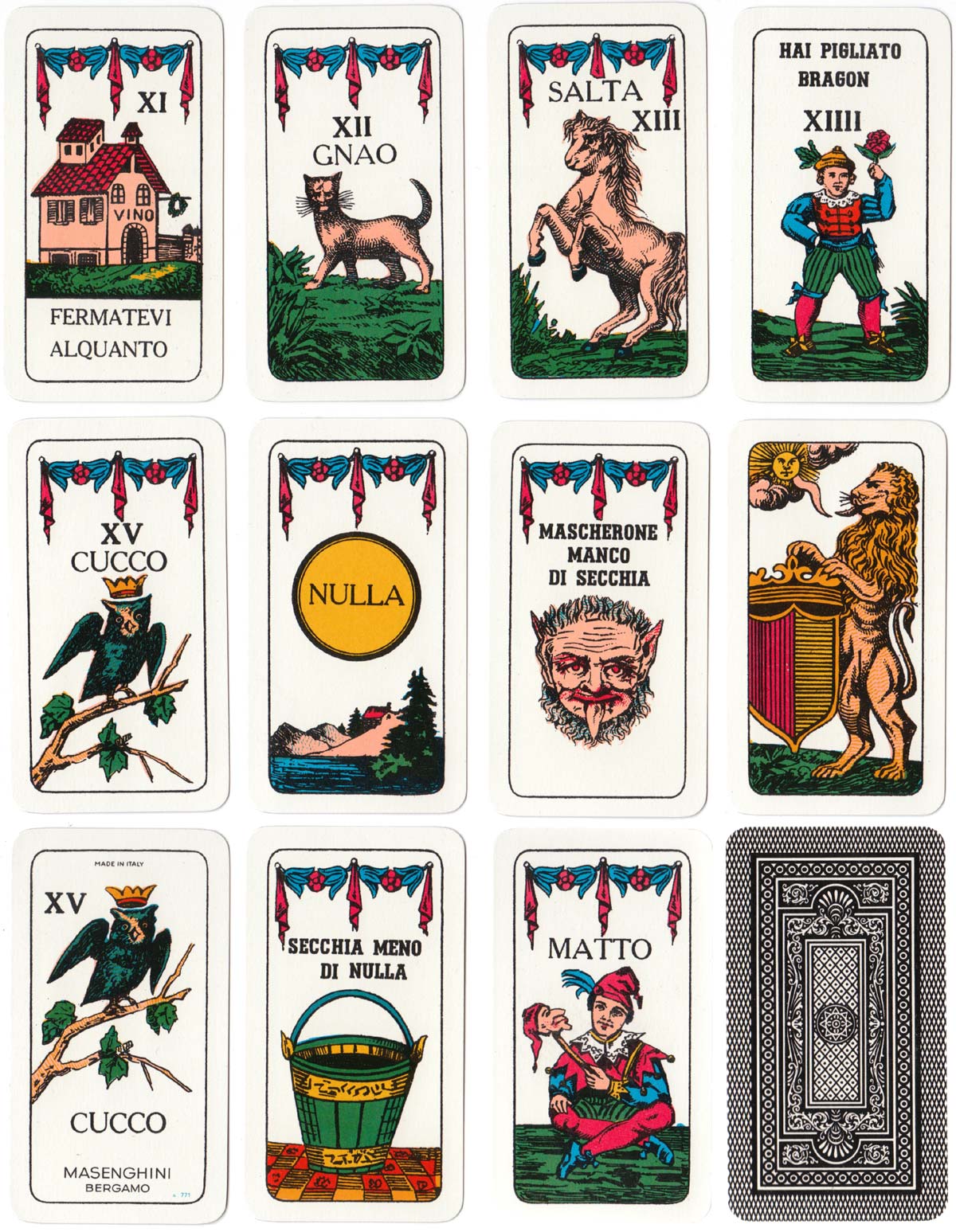 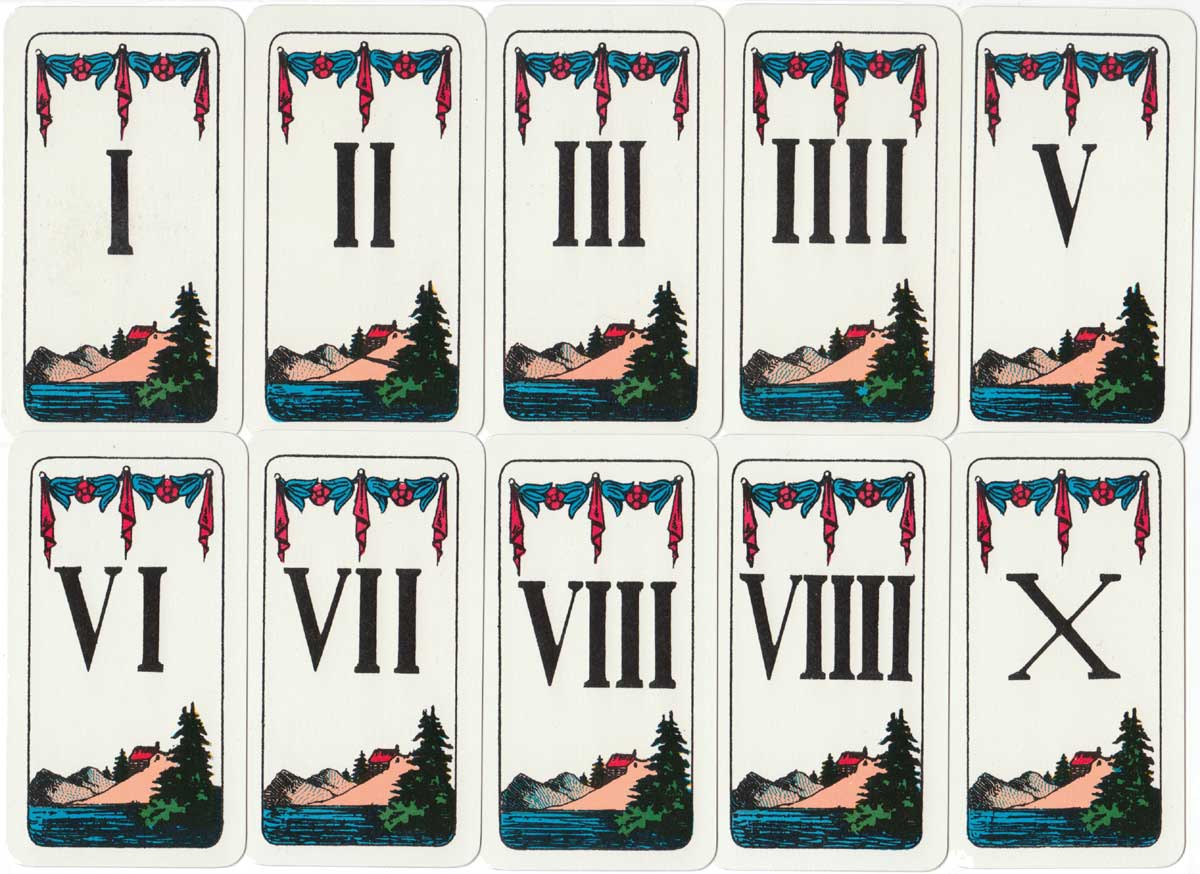