Above: miniature novelty playing cards from the late 1940s or early 1950s with a charm of their own. Probably published as small prizes at fairground or seaside amusement arcades (such as the 'Rotary Merchandiser'), the cards measure 50mm by 29mm and were produced with red or blue background. Images and nostalgia submitted by Peter Ford.

Above: a dual-deck pack of miniature playing cards, one red one blue, and the box clearly states "Made in England". 52 cards + joker in each pack, very cheaply made, square cut. Images courtesy Matt Probert.

Above: "Fairylite" containing 52 cheaply-made cards + one joker. The ace of spades is different but they are in the same style of box with the legend "Junior Playing Cards" top and bottom. These are "Empire made" so there may be a time period over which production shifted. Unusually, it looks like they printed sheets of each single card and then cut them out, rather than sheets of complete decks. Images courtesy Matt Probert. 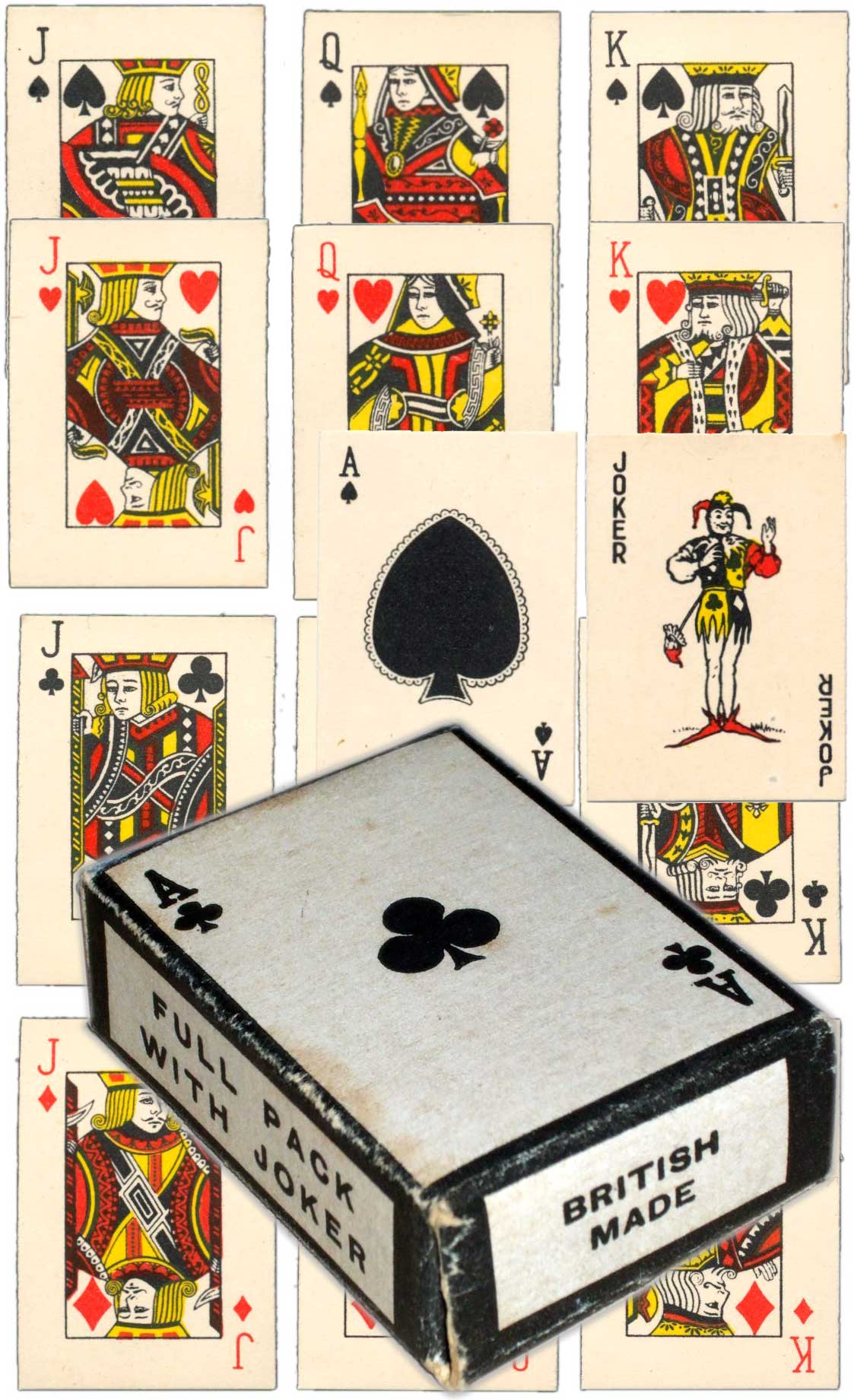