During December 2003, Arsenal supporters had the one-off opportunity to assemble this unique set of Gunners Greats playing cards by purchasing the latest edition of the Official Arsenal Magazine.

Each of the four editions of the magazine included a complete suit from the 52 card deck with every card depicting a legend from Arsenal's glorious histoy. The first month it was diamonds, featuring Sol Campbell, Dennis Bergkamp, Liam Brady, Patrick Vieira, George Graham, Bob Wilson and Pat Rice amongst others. 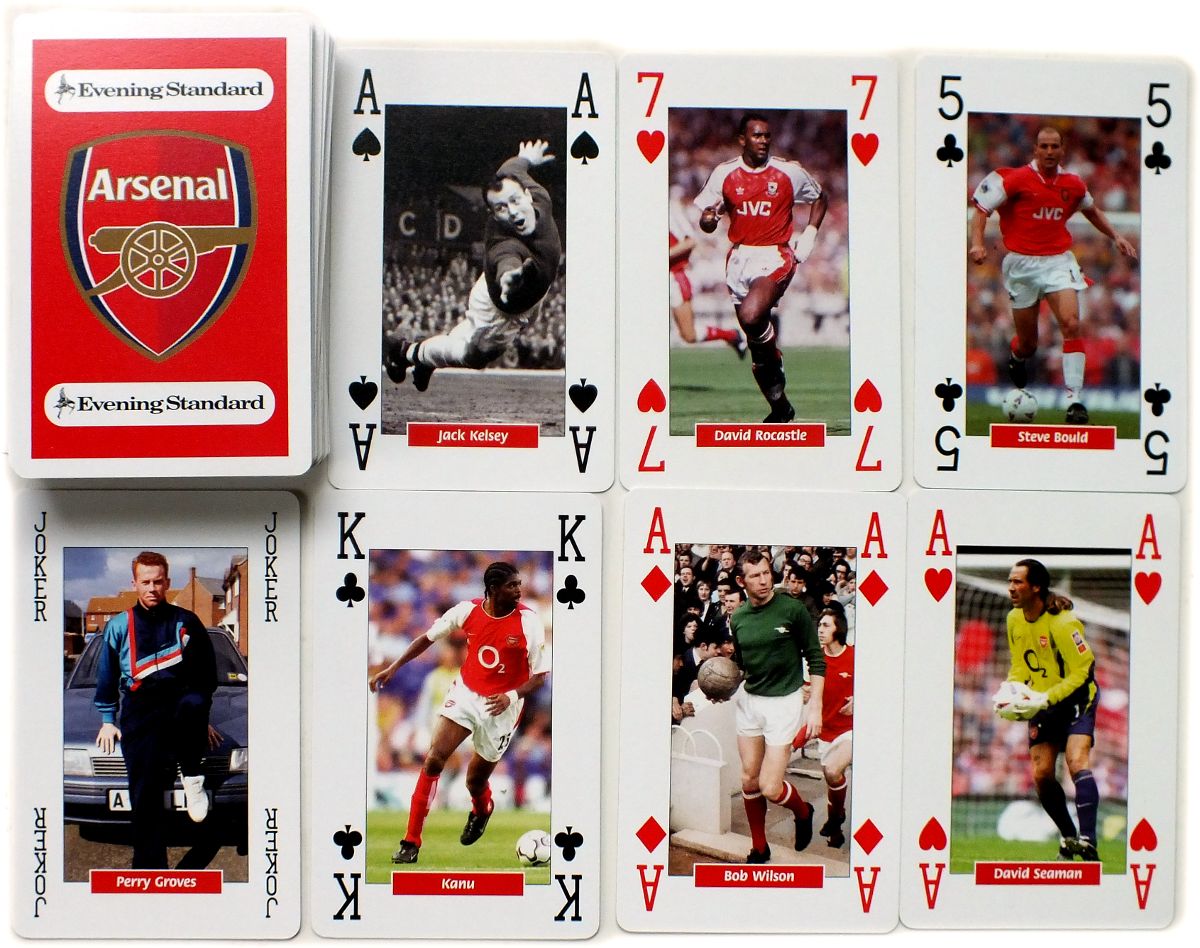 Above: Gunners Greats Playing Cards, 2003, sponsored by the Evening Standard.