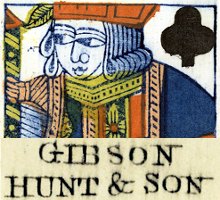 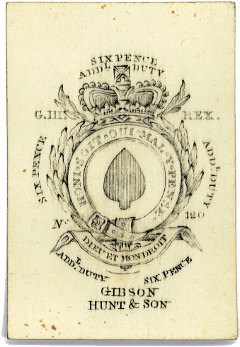 Left: 'Garter' Ace of Spades (click to zoom). There were several variations in the name on Aces of Spades around this time, and the son seems to have joined the firm in 1803/04. The backs of the cards are plain white. 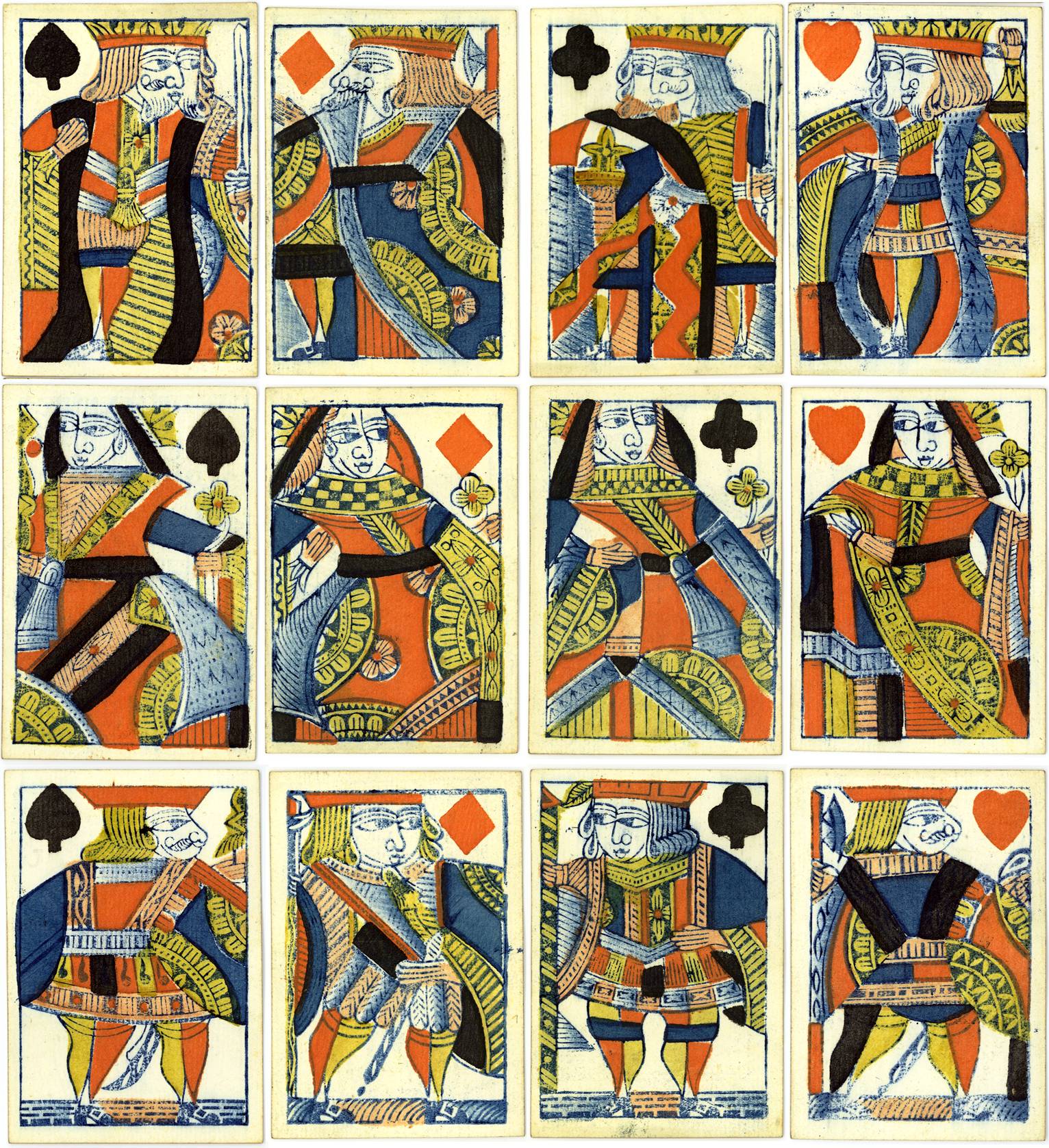