Games & Print Services introduced traditional English courts and a special typeface for the indices after c.1997. The jokers have been re-drawn and the Ace of Spades has a © symbol because of an attempted copyright infringement. The company is now part of Cartamundi. 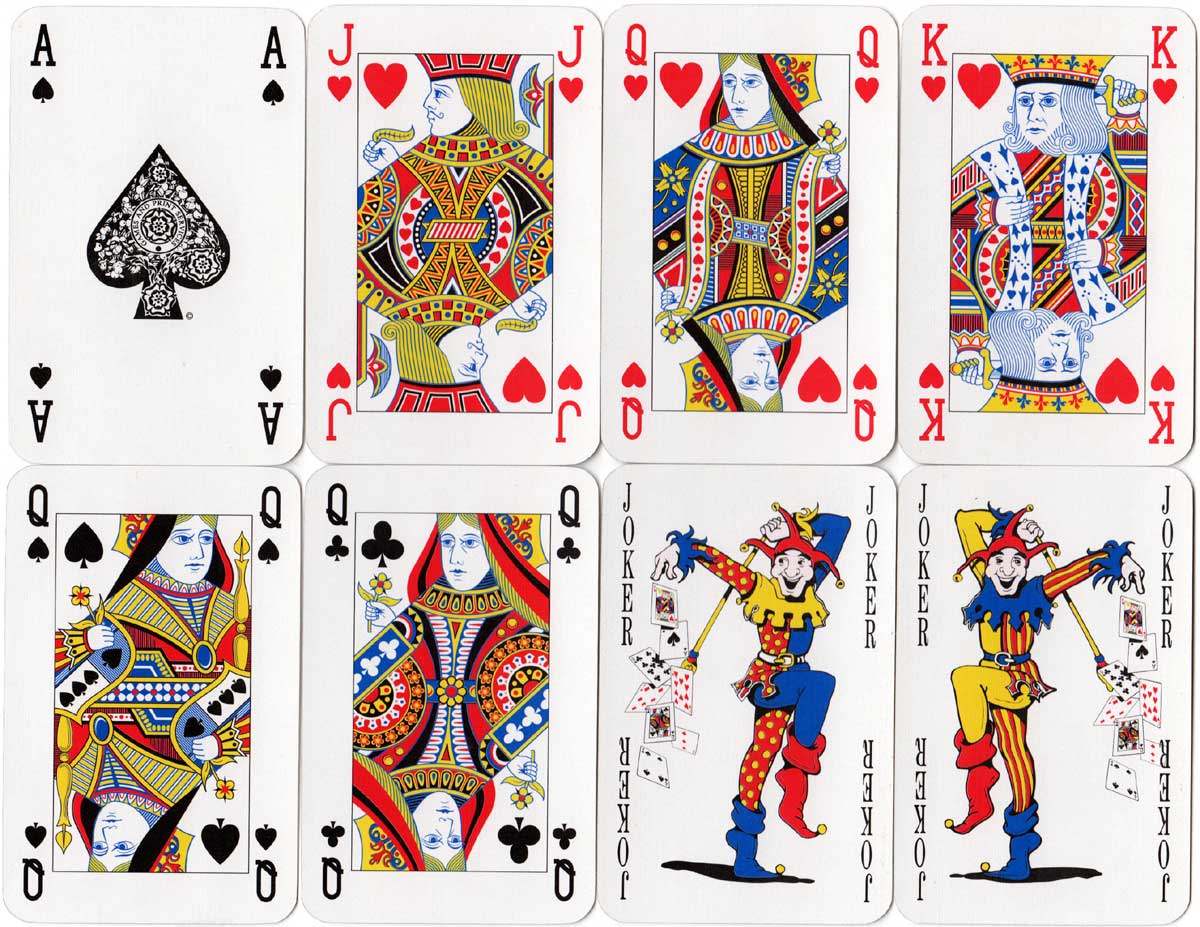 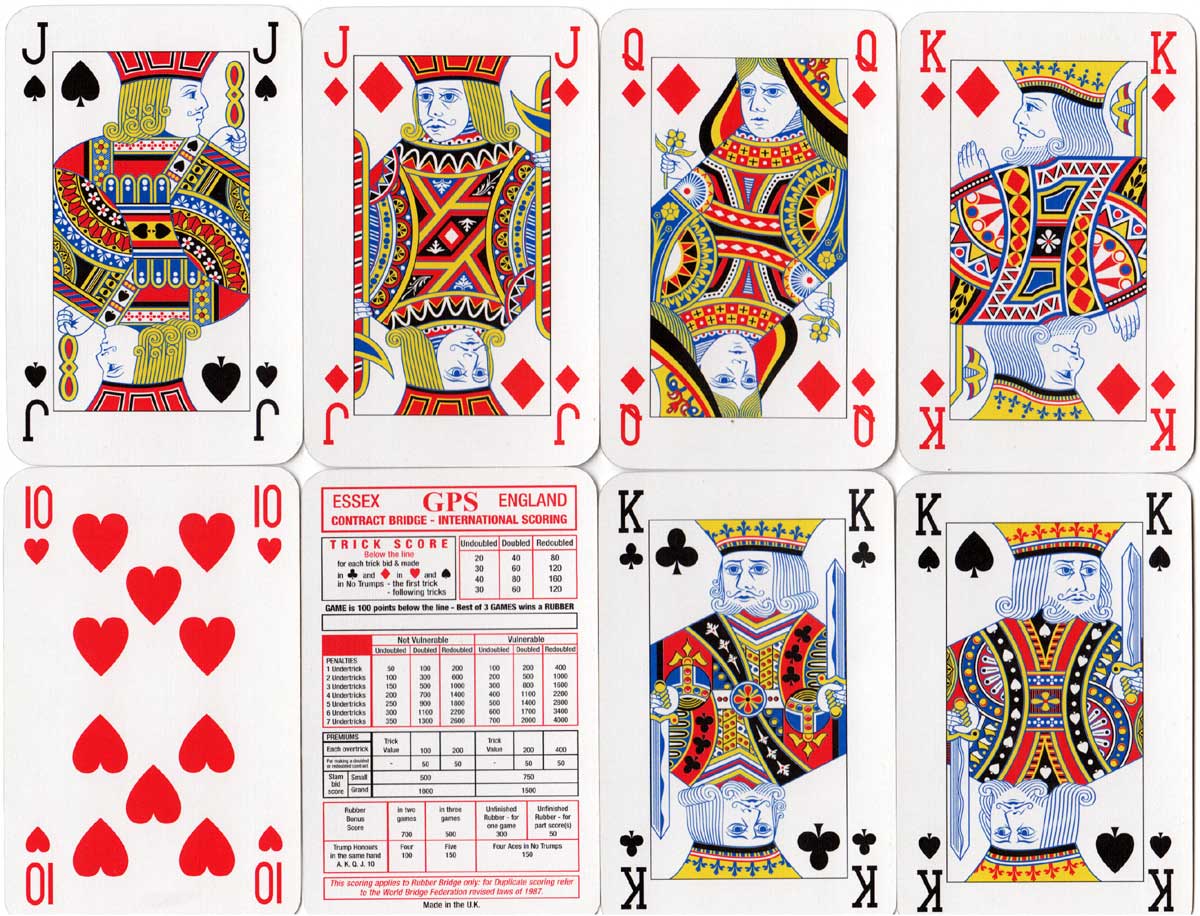 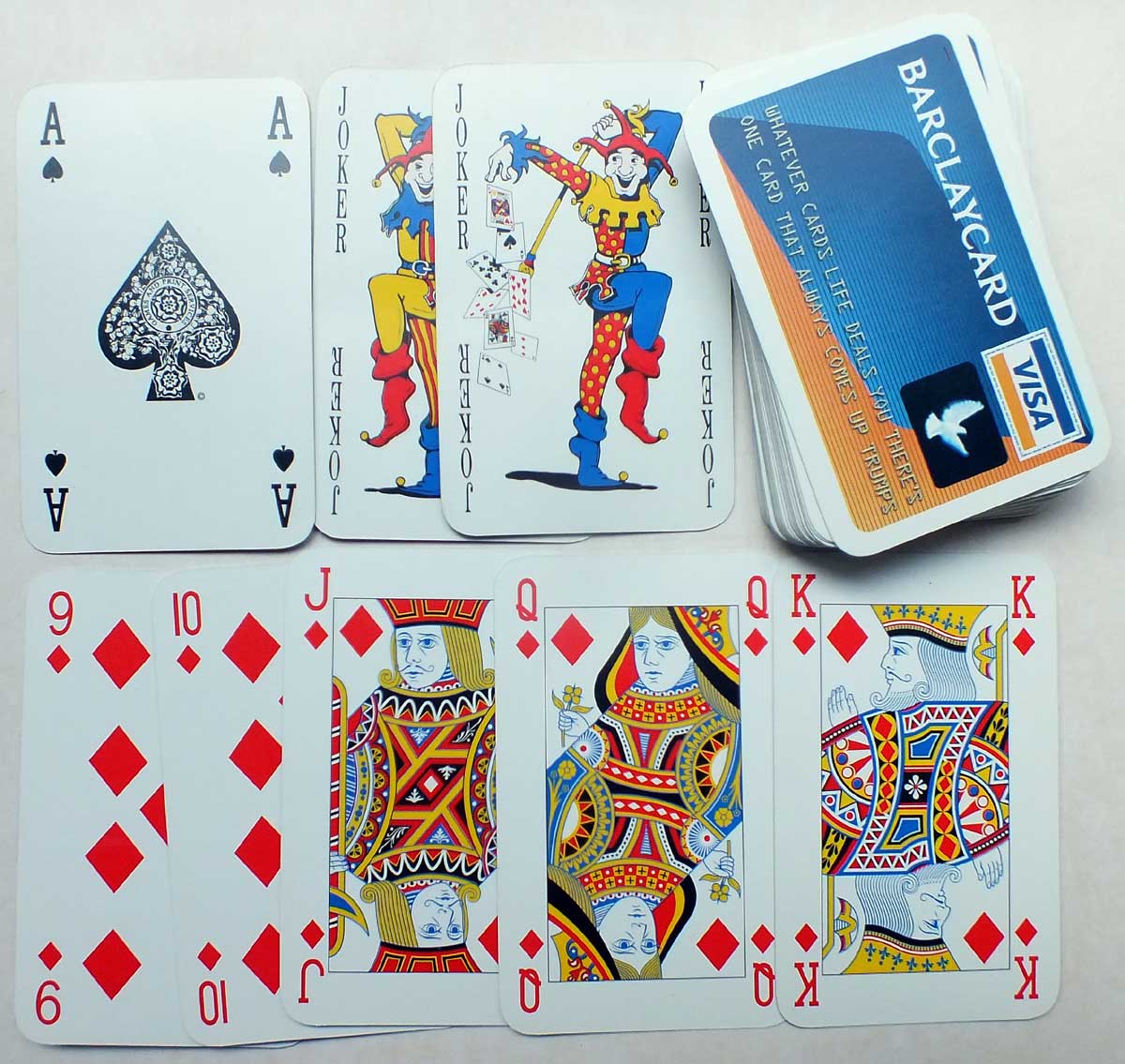