The Tax Payers’ Alliance Political Trumps was first produced in 2007. Political figures of the time with Labour, Conservative, Lib Dem and minor parties are all represented. The Trumps game consists of playing a card with a higher rating on one of the six types of skill or experience listed on each card until one player has no more cards. Alternatively, the cards can be used as a normal pack. The Tax Payers’ Alliance Mission Statement, which is summarised on an extra card included in the pack, can also be read on their website: www.taxpayersalliance.com► 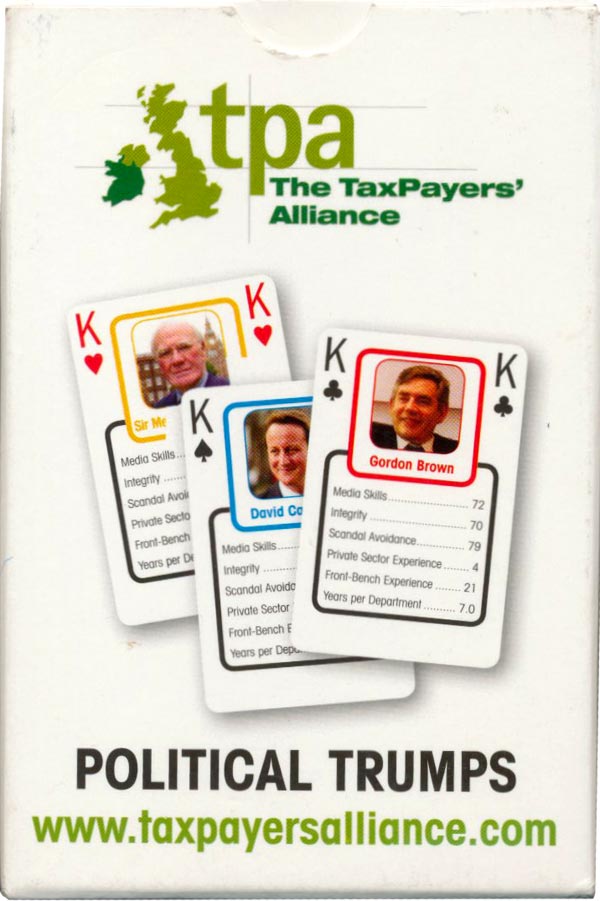 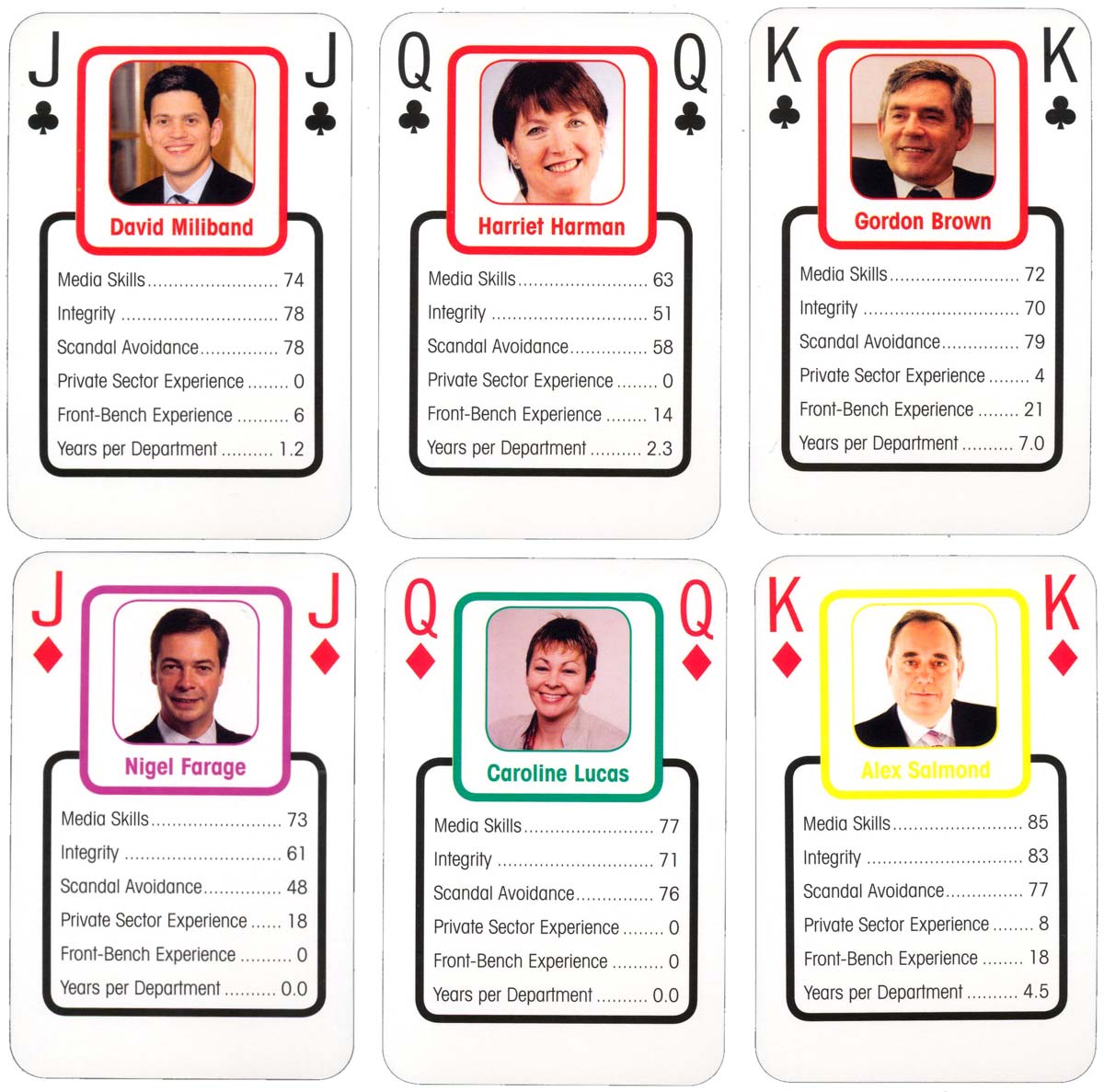 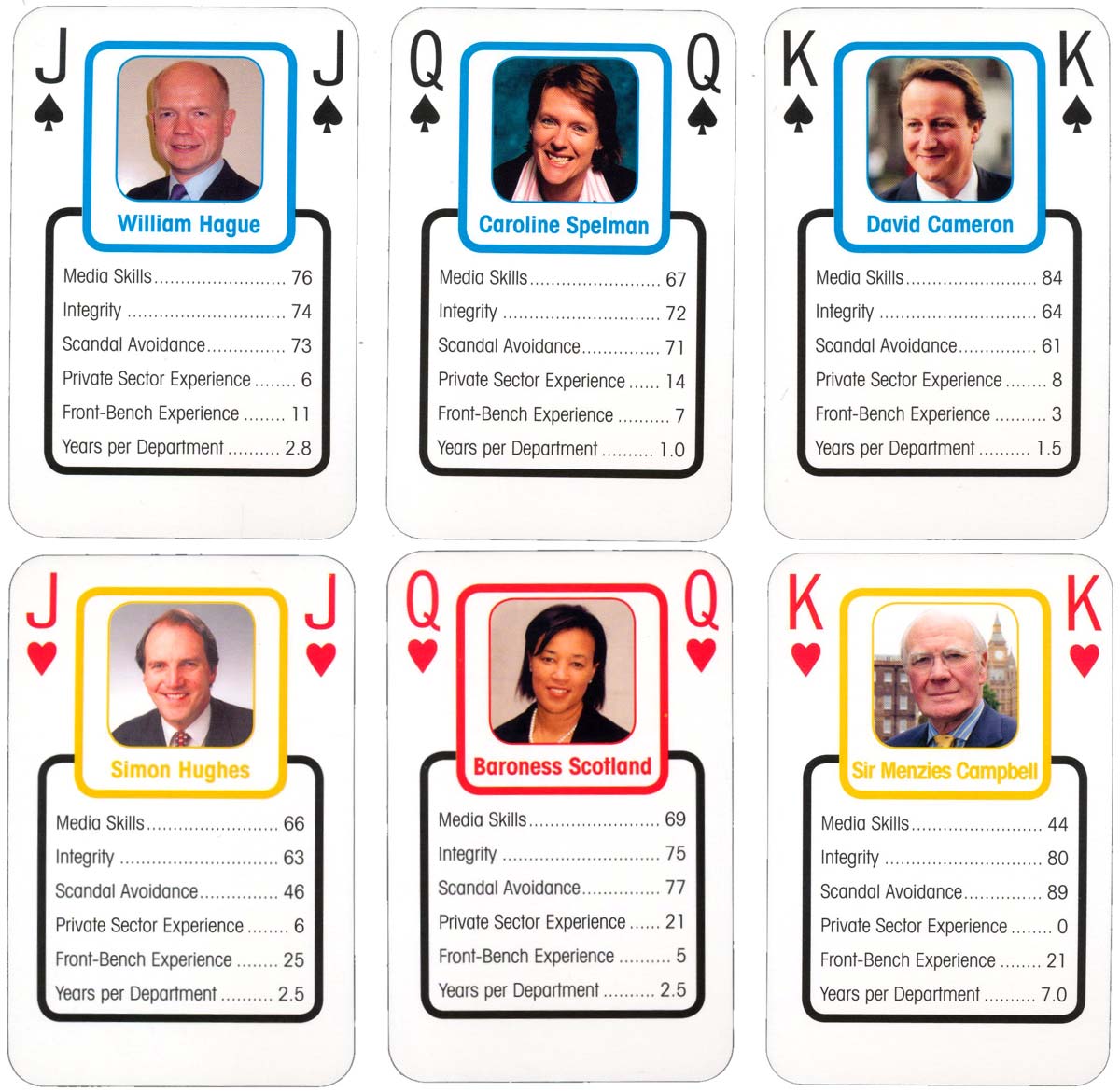 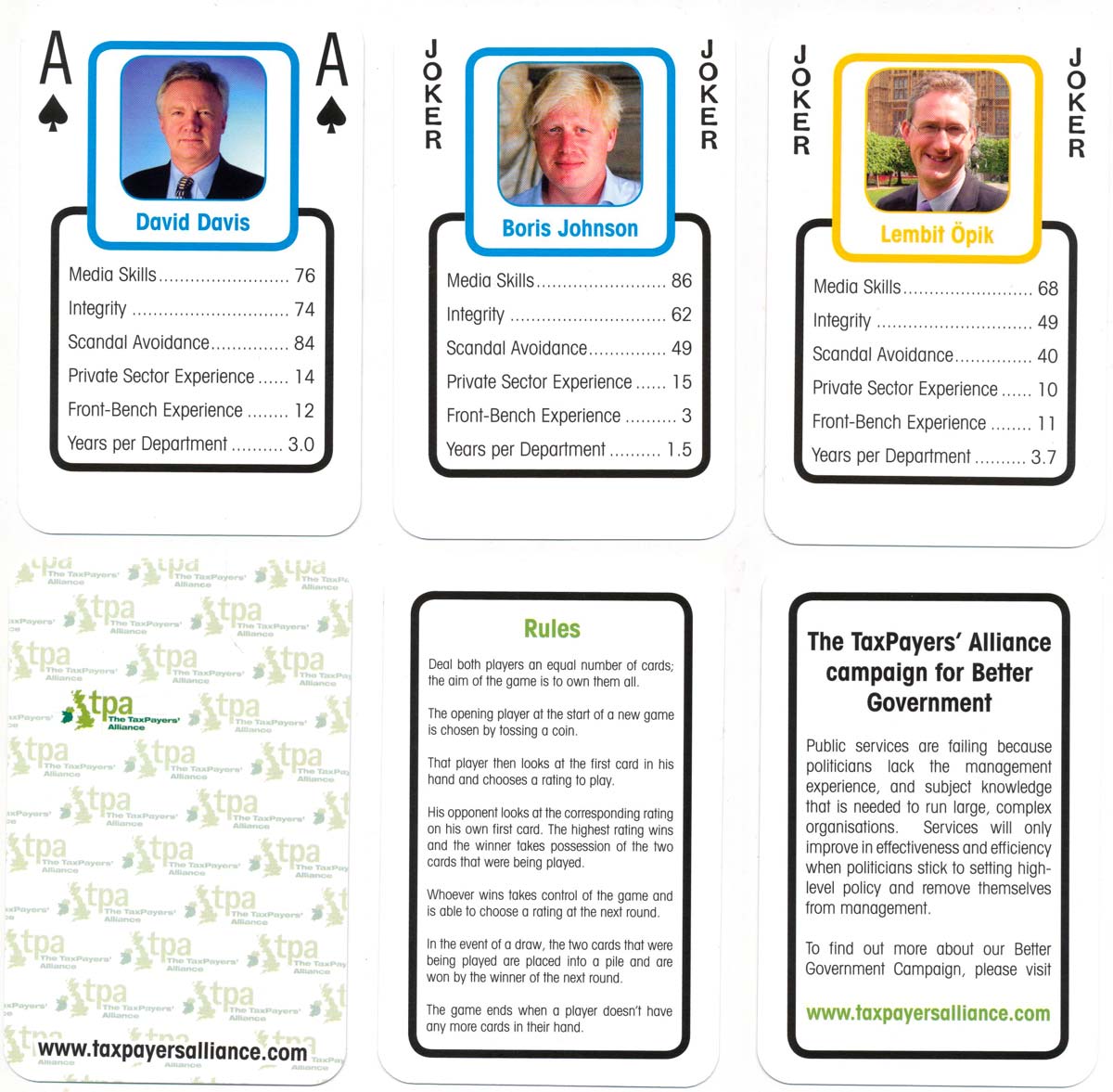