The first of two decks designed by famous Ukrainian illustrator Vladislav Erko specially for “Korchma Taras Bulba” - the restaurant in Moscow which specializes in traditional Ukrainian cuisine. Taras Bulba is the protagonist of the romanticized historical short story by Nikolai Gogol about the life of an old Zaporozhian Cossack, Taras Bulba, and his two sons. The cards feature figures based on authentic traditional Ukrainian costumes in exquisite detail, including traditional tools and musical instruments. 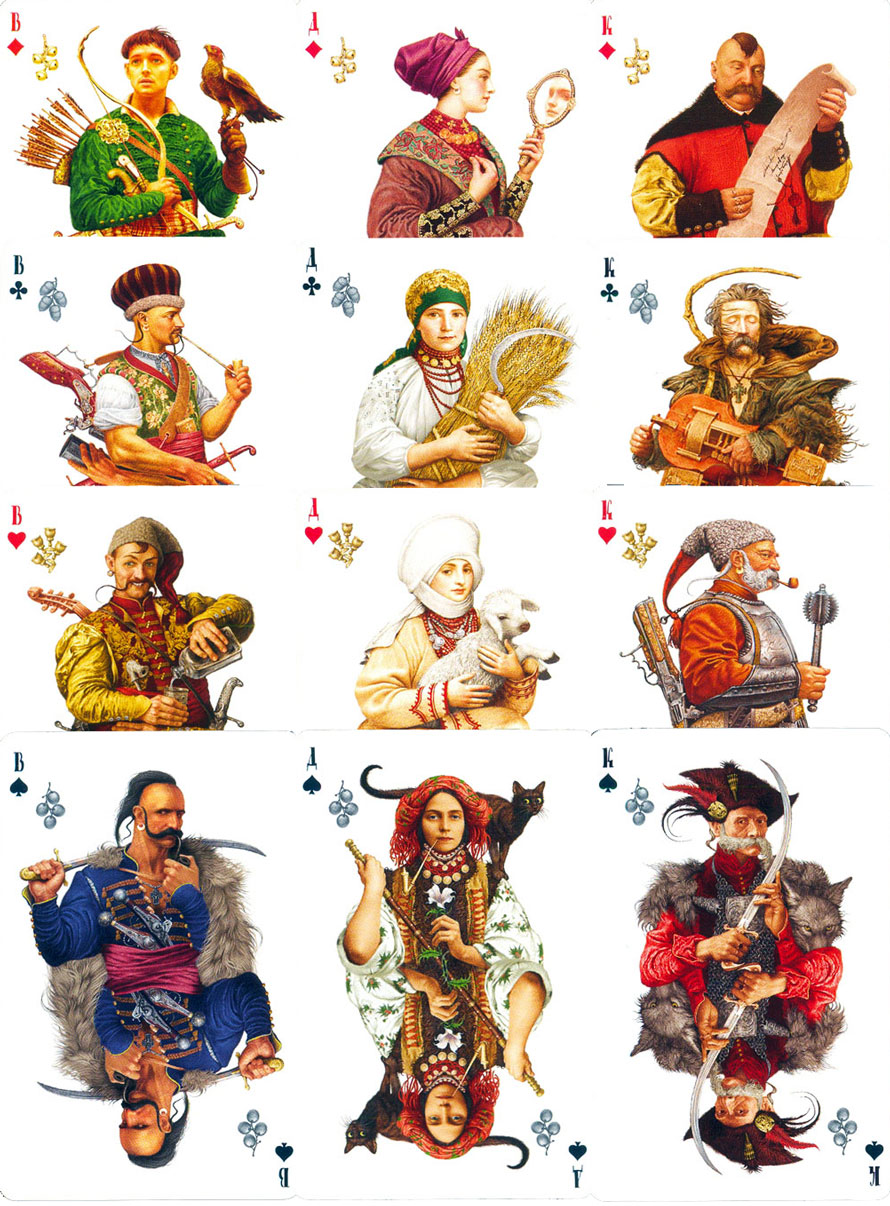 There have been several editions of the deck. The second edition (2011) has modified suit symbols, a different box and back design, gold printing and an overall richer feel.

Left & above: “Korchma Taras Bulba” playing cards designed by Vladislav Erko and printed by GMgroup in 2005 and 2011. Reprinted by KZWP-Trefl in Krakow in 2006 and re-published by Vagrius, Ukraine, 2011, in a somewhat modified form. Images and notes courtesy Valentin Krasavin (Валентин Красавин).