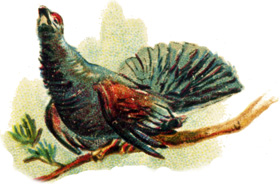 Traditional Russian style “Slavic Costumes” playing cards apparantly designed by artists from Dondorf in Germany and first published in 1911 by The Colour Printing Plant, St Petersburg (1817-2004). The deck is believed to be dedicated to the Imperial costumed ball of 1903 and the cards show characters from the Imperial family. The four aces show war and hunting symbols. 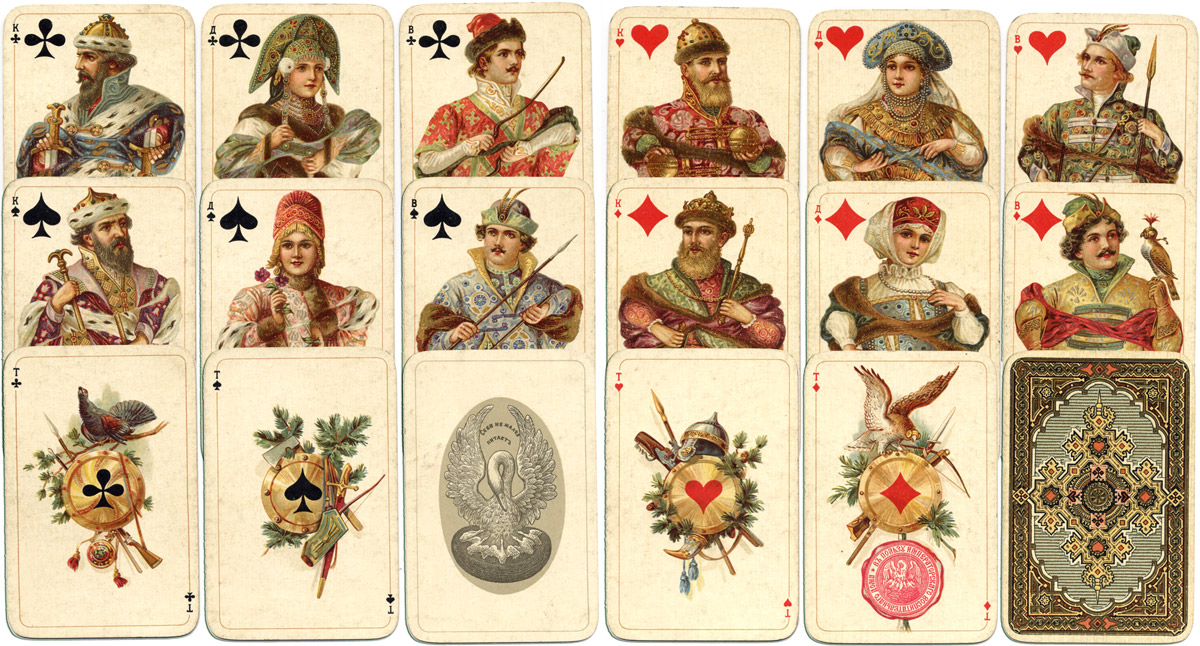 Above: Russian style “Slavic Costumes” playing cards, early chromolithographic edition, c.1911. The seal of the Imperial Foundling Hospital which received the profits from the sale of playing cards made by the Russian Playing Card Monopoly, can be seen on the ace of diamonds, and on the extra card is written: "Nourishes (feeds) selflessly" or "Nourishes without self-pity" which refers to the benevolence of the Playing Card factory in supporting the Imperial Orphanage. Images courtesy Valentin Krasavin (Валентин Красавин).

After the USSR ended and the Colour Printing Plant closed down, several local or foreign firms started to print playing cards, including numerous versions of this deck.