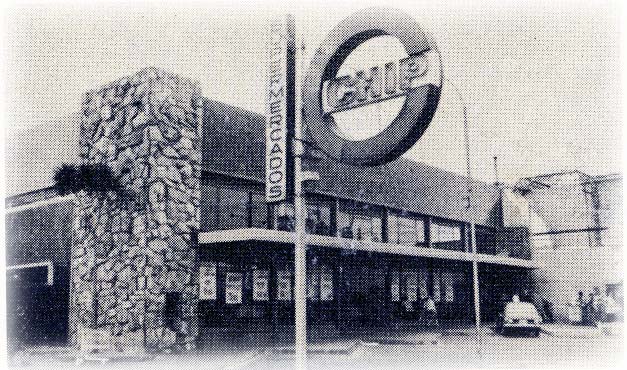 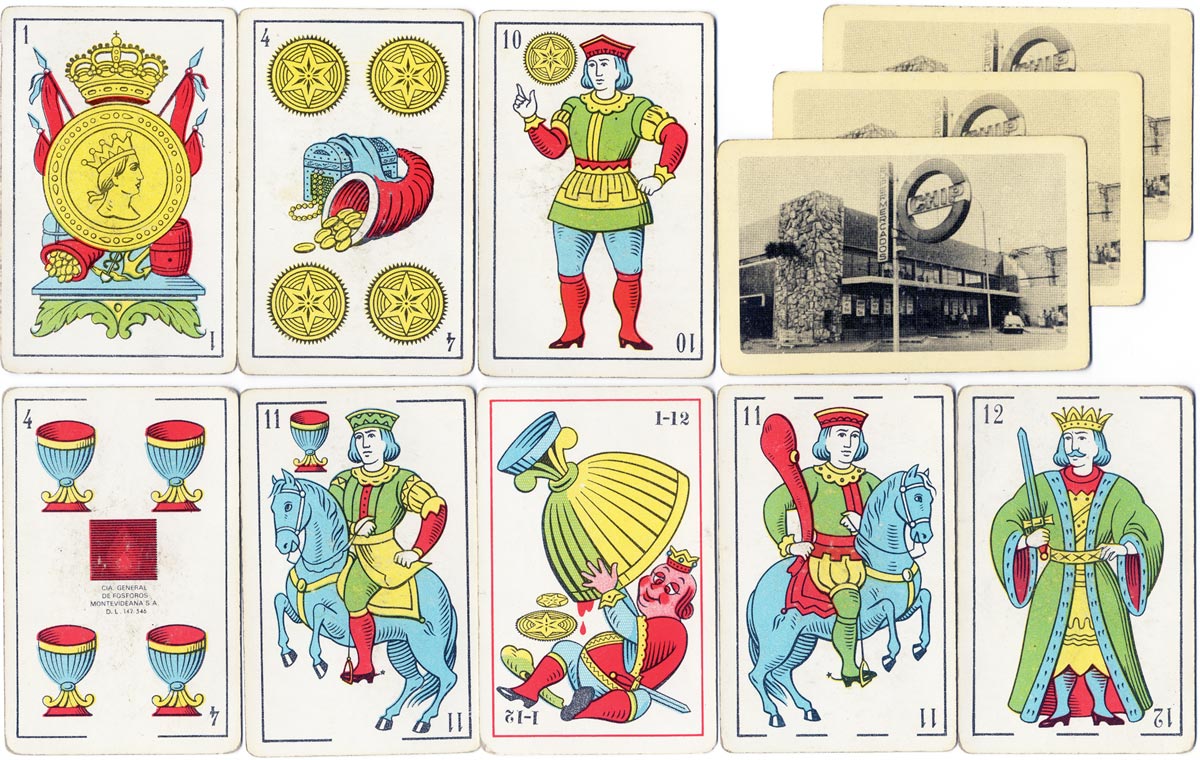 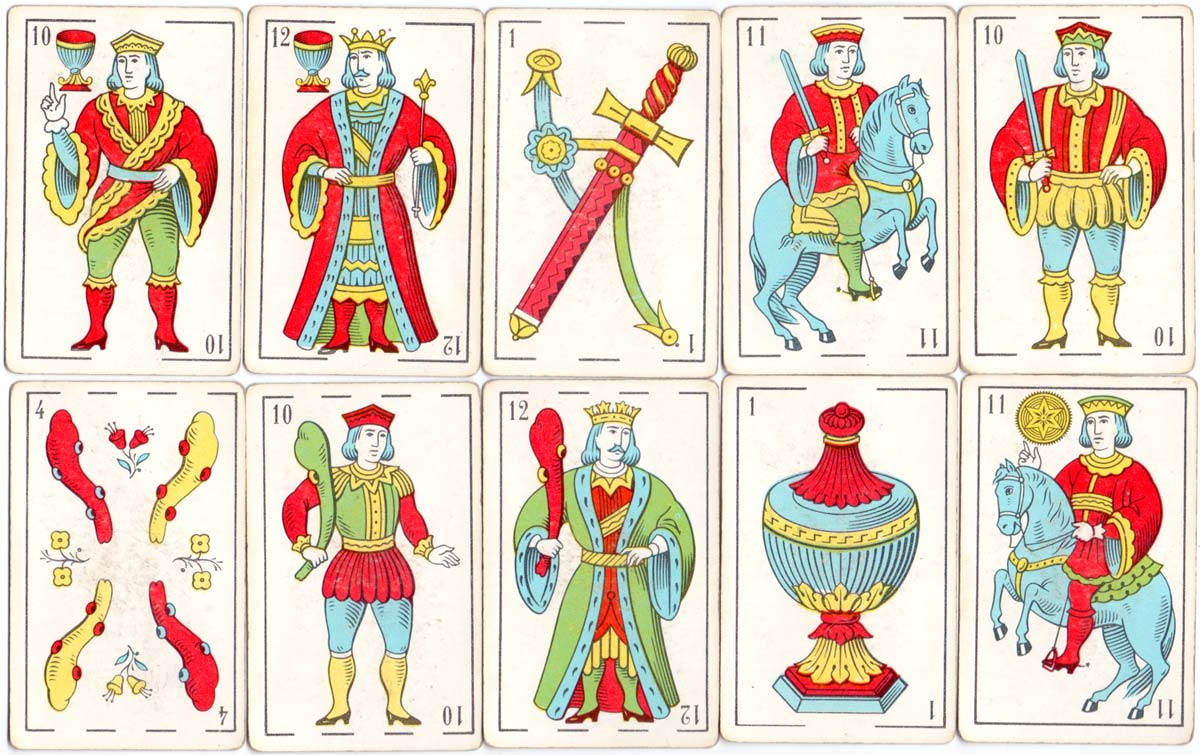 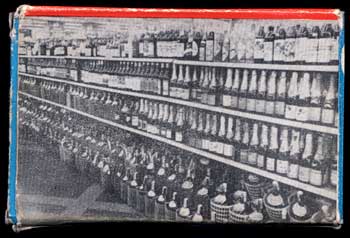 Above: Supermercados CHIP playing cards manufactured in Uruguay by Compañía General de Fósforos Montevideana, 40 cards + 2 jokers in special box, 1979. The company motif, portrayed on the four of cups, is depicted as a flame, which symbolises the company's principal product, matches. The jokers depict a fat king having emptied the contents of a huge goblet.

Right: the back of the box shows a photograph of the interior of a supermarket with rows of bottles on shelves.